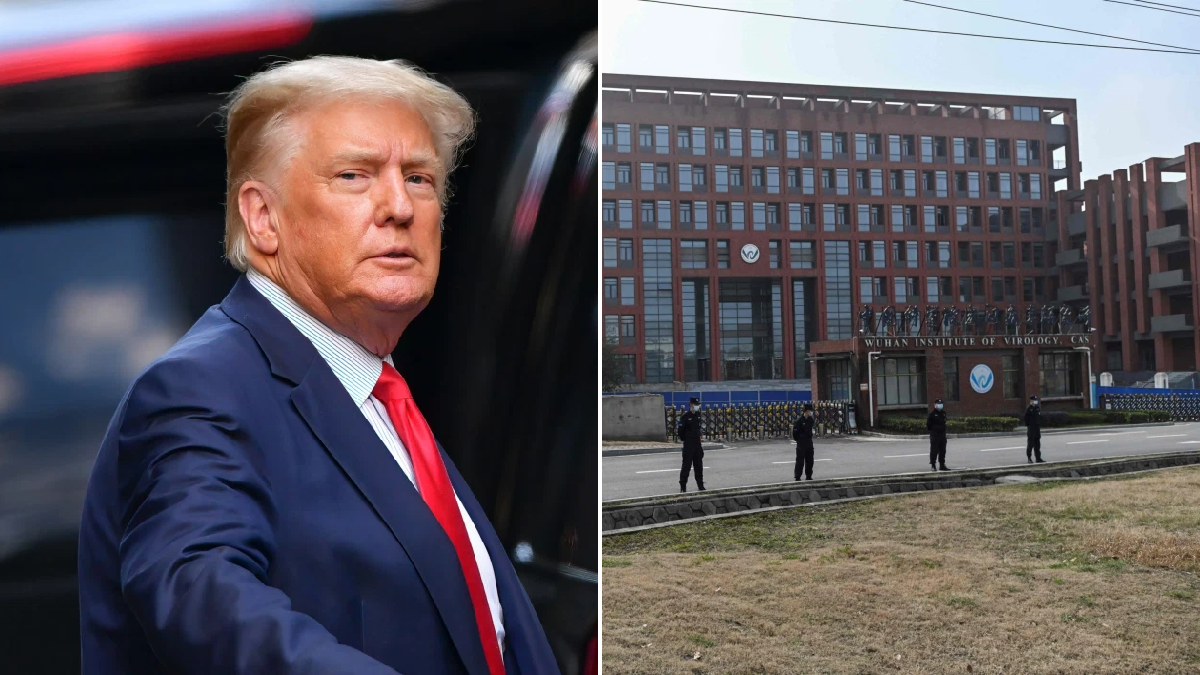 Former President Donald Trump claimed he was right for previously saying that the coronavirus originated from a Wuhan lab, as US health officials increasingly consider the theory possibly credible and call for an investigation.

Trump also refused to back off from calling Covid-19 the ‘China virus’, uttering the phrase yet again in his statement on Tuesday morning.

‘Now everybody is agreeing that I was right when I very early on called Wuhan as the source of Covid-19, sometimes referred to as the China Virus,’ Trump stated. ‘To me it was obvious from the beginning but I was badly criticized, as usual.’

The 45th president concluded: ‘Now they are all saying “He was right.” Thank you!’

However, there is still no evidence that the coronavirus leaked from a lab, and even if it did, whether it was manufactured is another matter.

The White House has renewed calls for an independent investigation into the origins after The Wall Street Journal reported on Sunday that three Wuhan researchers became so sick in November 2019 that they sought hospital care.

White House Press Secretary Jen Psaki on Monday said: ‘We are and we have reportedly called for the WHO (World Health Organization) to support an expert-drive evaluation of the pandemic’s origins that is free from interference and politicization’.

When asked by a reporter on Tuesday if the US planned to launch its own investigation into the coronavirus origins, Psaki reiterated that it was an international pandemic and that the Biden administration supports a WHO-led evaluation.

The US ‘would certainly participate in that with all our resources’, Psaki said, and ‘continue to press the Chinese to release that data and information and play a constructive role in the second phase in the investigation’.

Trump was one of the first to attribute Covid-19 to a lab leak in April and May 2020. At a press conference, he said that he had a ‘high degree of confidence’ that the virus came from a Wuhan lab, contradicting a statement from the US intelligence community. Trump has not provided evidence to back up his claim.

The ex-president stated ‘China virus’ again just five days after a civil rights group sued him for repeatedly calling it that.

In a federal lawsuit, the Chinese American Civil Rights Coalition alleges that Trump caused a spike in crimes against Chinese-Americans and Asian-Americans by saying ‘Chinese virus’, ‘Wuhan virus’ and ‘Kung Flu’. The group seeks $22.9million, representing $1 for every Asian-American and Pacific Islander living in the US.