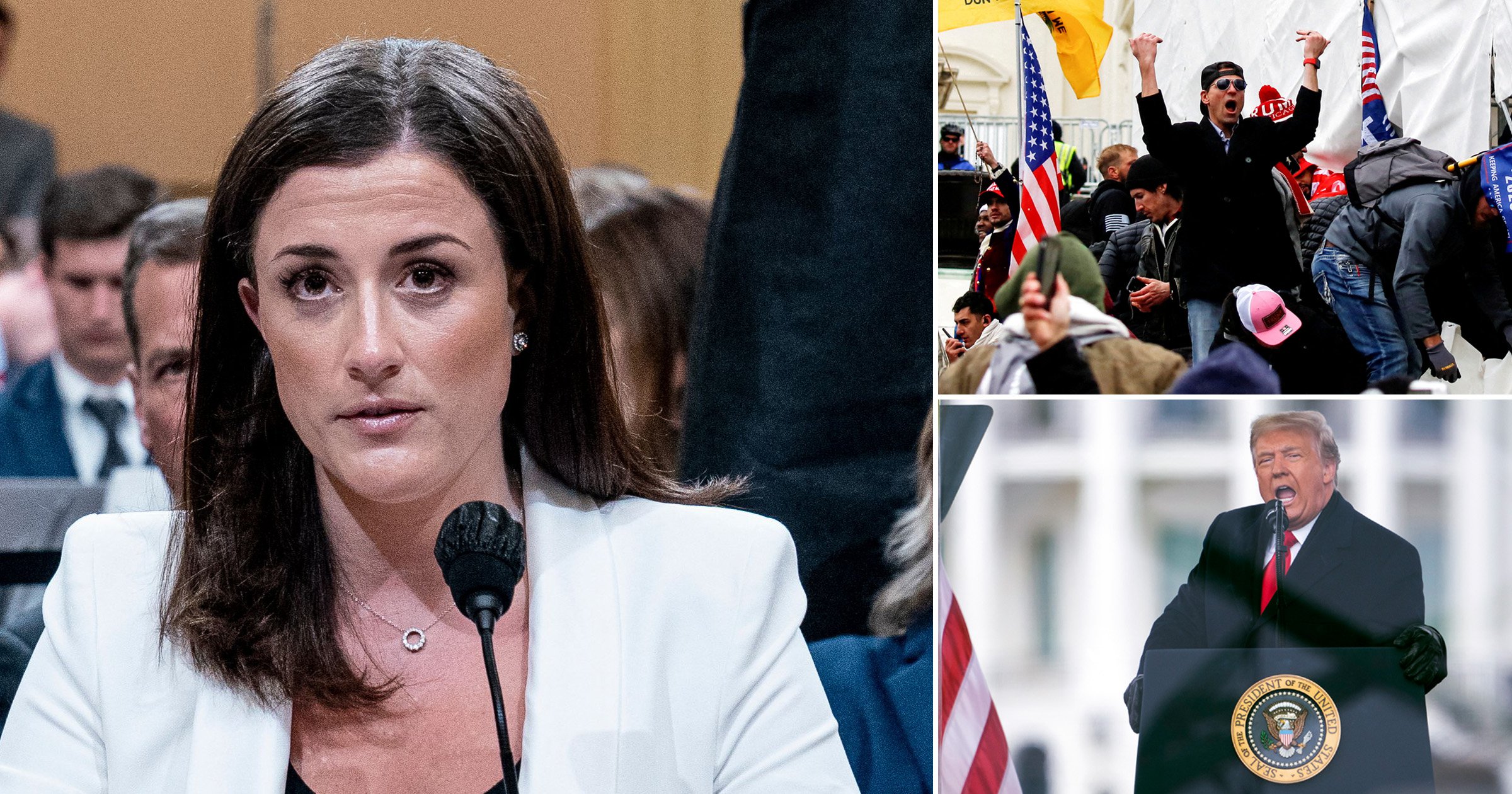 Former President Donald Trump allegedly knew that some of his supporters were armed and pushed for them to be allowed into his January 6 rally for a larger crowd size because ‘they’re not here to hurt me’.

In the sixth public hearing by the House Select Committee investigating the Capitol riot, Cassidy Hutchinson, a former top aid to Trump’s then-chief of staff Mark Meadows, claimed that Trump was ‘furious’ that the Ellipse rally on the morning of January 6 was not filled to capacity.

Trump pushed for security magnetometers to be taken away because his armed supporters were not able to get in, Hutchinson testified on Tuesday afternoon.

‘I don’t f’ing care that they have weapons,’ Hutchinson claimed that Trump said. ‘They’re not here to hurt me. Take the f’ing mags away.’

Hutchinson also claimed that Trump lunged at a Secret Service agent and the steering wheel of the presidential vehicle when he was told he would not be allowed to join his supporters in the Capitol riot.

Special agent who was in charge for the Secret Service on January 6, Robert Engel, told Trump it would not be possible for the presidential limo to go to the Capitol, Hutchinson said.

‘The president had a very strong, a very angry response to that,’ she said. ‘Tony described him as being irate. The president said something to the effect of, “I’m the fucking president, take me up to the Capitol now.”‘

Hutchinson continued that Engel told Trump they had to go back to the West Wing.

‘The president reached up towards the front of the vehicle to grab at the steering wheel,’ Hutchinson said. ‘Mr Engel grabbed his arm, said, “Sir you need to take your hand off the steering wheel, we’re going back to the West Wing we’re not going to the Capitol.”‘

The former aide testified that ‘Mr Trump then used his free hand to lunge toward Bobby Engel’.