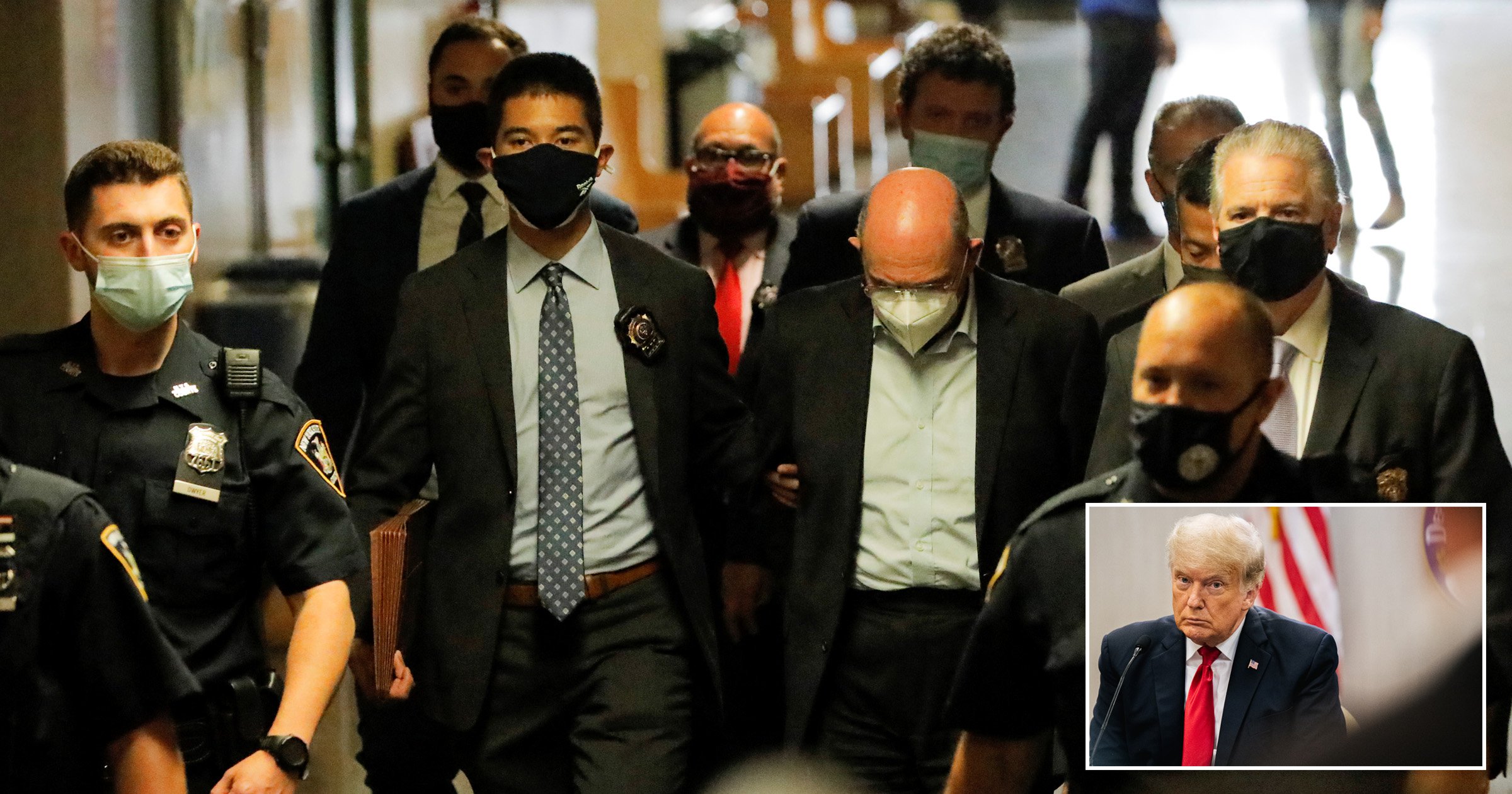 Former President Donald Trump’s company was charged in a 15-year tax fraud scheme on Thursday afternoon. The Trump Organization’s chief financial officer Allen Weisselberg was charged with avoiding taxes on $1.7million in income and faced grand larceny, among other charges.

Weisselberg arrived to court on Thursday afternoon in handcuffs.

In the State Supreme Court in Manhattan, prosecutors said the charges encompassed 15 felony counts including a scheme to defraud, grand larceny, conspiracy and falsifying business records.

Prosecutors accused Weisselberg of trying to conceal his role in the scheme while the company was aware.

‘Even now there’s been no attempt to impose discipline on members of the company,’ prosecutor Carey Dunne said. ‘There is no clearer example of a company that should be held (responsible).’

Prosecutors from the Manhattan district attorney’s office including Dunne, Mark Pomerantz and Christopher Conroy and at least four others arrived for the arraignment in the courtroom around 2pm. Shortly after, Trump Organization lawyer Alan Futerfas and another attorney arrived in court, followed by lawyers for Weisselberg.

In a statement earlier on Thursday, Weisselberg’s attorney Mary Mulligan said her client planned to plead not guilty and ‘he will fight these charges in court’.

A Trump Organization spokesperson before Weisselberg’s arraignment stated that he is a ‘loving and devoted husband, father and grandfather’ and worked for the company for more than four decades.

‘He is now being used by the Manhattan District Attorney as a pawn in a scorched earth attempt to harm the former president,’ the spokesperson stated, according to CBS News. ‘The district attorney is bringing a criminal prosecution involving employee benefits that neither the IRS nor any other district attorney would ever think of bringing. This is not justice; this is politics.’

Trump was not expected to be charged on Thursday, according to his attorney. However, the grand jury is sitting until at least November, meaning more indictments could be on the way.

The indictment is the first charging the Trump Organization for its dealings while the former president was in charge.