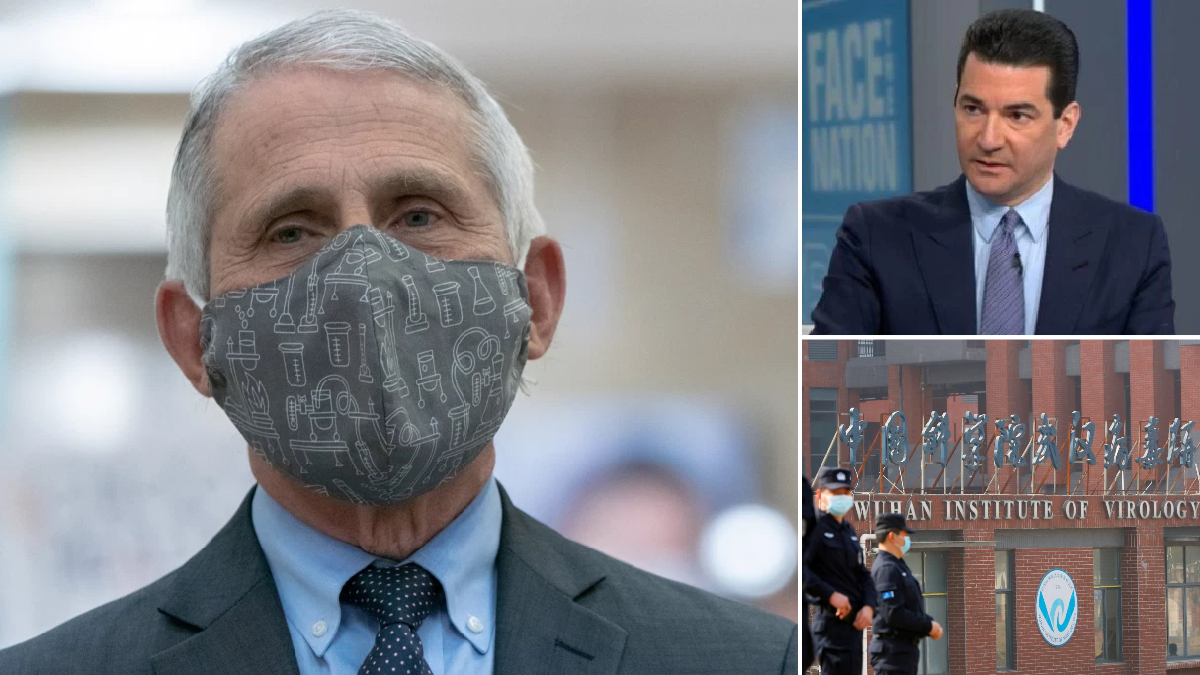 Dr Anthony Fauci warned world health leaders back in spring 2020 that the coronavirus could have leaked from a Wuhan lab, according to the former US Food and Drug Administration (FDA) chief.

The account on Fauci comes as the nation’s top infectious disease expert faces accusations that he downplayed the lab leak theory, with scientists increasingly looking at that as possible origin. In April 2020, Fauci repeatedly suggested publicly that Covid-19 emerged from an ‘unusual human-animal interface’ in a ‘wet market’ in China.

In a CBS News interview on Sunday, former FDA Commissioner Scott Gottlieb said: ‘I was told at that time, back in the spring, that Dr Fauci had gone over to a meeting of world health leaders in Europe around the World Health Assembly, and actually briefed them on the information that they were looking at – that this could have been a potential lab leak, that this strain looked unusual.’

Regarding suspicions that Covid-19 escaped from the Wuhan Institute of Virology, Gottlieb said ‘those discussions were going on’.

A ‘very senior official in the Trump administration’ shared the information, said Gottlieb, who added that he recently reconfirmed the matter with the unnamed person.

Gottlieb said he thinks that world leaders who looked at the strain early on ‘had suspicions’ but that ‘it takes time to do that analysis, and that dispelled some of those suspicions’.

Scientists now say that Covid-19 has ‘damning’ sequencing that appears to be engineered by humans.

‘There’s a lot of other information that points in the direction that this could have come out of a lab, that we need to have a broader view about the potential risk that this was a lab leak,’ Gottlieb said.

While Gottlieb exposed Fauci’s briefing to world leaders early in the pandemic, the former FDA head said there was ‘no evidence of a cover-up’ in thousands of Fauci’s emails released last week through a Freedom of Information Act request.

In one email from April 2020, an executive at EcoHealth Alliance, the global nonprofit that provided funds for some research at the Wuhan lab, thanked Fauci for publicly saying that scientific evidence backed a natural origin for Covid-19 rather than a lab leak.

Fauci in a CNN interview on Thursday said that email was misconstrued by the public.

CNN anchor John Berman asked Fauci to comment on some of his critics saying ‘this shows you have too cozy of a relationship with the people behind the Wuhan lab research’.

‘That’s nonsense,’ Fauci replied. ‘I don’t even see how they get that from that email.’

Fauci continued: ‘I have always said, and will say today to you, John, that I still believe the most likely origin is from an animal species to a human, but I keep an absolutely open mind that if there may be other origins of that, there may be another reason, it could have been a lab leak.’