A man shot at a Texas Walmart has died after almost nine months in hospital following the shooting.

Guillermo ‘Memo’ Garcia and his wife Jessica had been fundraising for their daughter’s football team in the El Paso Walmart car park when the shooting happened on 3 August last year.

Del Sol Medical Center chief executive David Shimp said: “After a nearly nine-month fight, our hearts are heavy as we report Guillermo ‘Memo’ Garcia, our last remaining patient being treated from the El Paso shooting, has passed away.”

He added: “His courage, his strength and his story have touched many lives, including those of our caregivers, who tirelessly fought with him and for him every step of the way.

“We are grieving with his family and with our community.” 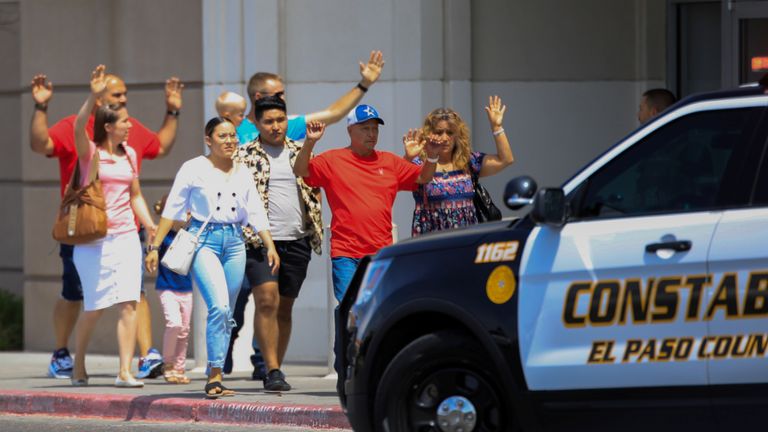 Mr Garcia’s death is the 23rd as a result of the shooting. He had been shot in the spine, according to the El Paso Times.

Another 24 people were injured, including Mrs Garcia, who suffered leg injuries and remains in a wheelchair.

In a statement to TV station KVIA, she said of her husband: “He fought long and hard, with the help of all his troops he won many battles, but lost the war.”

The Garcias are among a number of victims who are suing Walmart over the lack of store security.

Walmart hired armed and unarmed officers to patrol its stores when it reopened three months after the shooting. Meanwhile, the suspected shooter Patrick Crusius is in jail awaiting trial on murder charges and hate crimes, as it is alleged he targeted Hispanic people.

Crusius, 21 from Dallas, could face the death penalty.