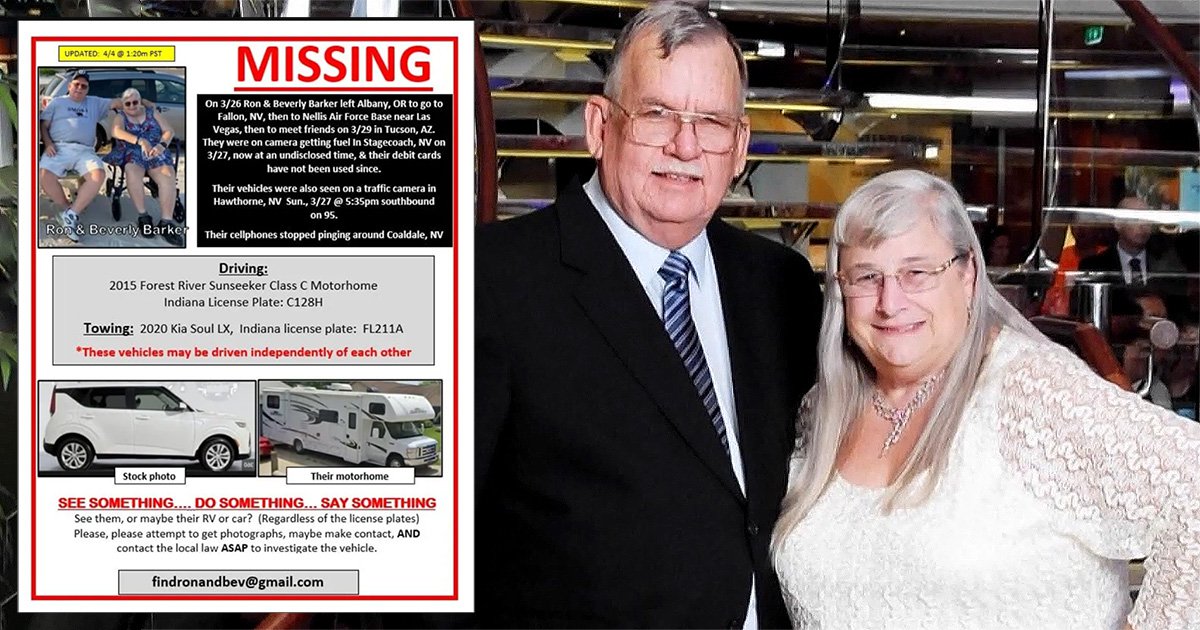 An elderly couple that love to travel the country in their RV have mysteriously vanished in their latest trip in the Nevada desert.

Ronnie Barker, 72, and his wife Beverly, 69, were last seen and in contact with others on March 27, when they were on a road trip on Highway 95 in western Nevada.

‘They have vanished, literally, into thin air,’ their daughter Jennifer Whaley told WTHR.

The Barkers started their latest cross-country trip in March, heading for Tucson, Arizona, to visit friends. They were due to return home to Indianapolis this week, but have been nowhere to be found.

The couple’s RV was last recorded on a surveillance camera near Luning, which is about 150 miles southeast of Reno, around 6pm the last night they were seen. Their cell phone pings were last recorded a short time after in Coledale. Their credit cards have not been charged since they vanished.

Whaley said the couple did not even get in touch with the friends they were on the way to visit.

‘The thought of them not calling anybody, it’s not them,’ said Whaley, sobbing. ‘They would have called and when they fall off the face of the earth, there’s a problem.’

Both the husband and wife have diabetes, and he is a cancer survivor.

A flyer with a picture of the couple and their RV has been posted on social media.

Police and volunteers began looking for the Barkers over the weekend, four days after Whaley told authorities that they did not turn up in Arizona. Officials have only issued a notice to be on the lookout for the Barkers, instead of a Silver Alert missing persons notification.

Anyone with information on the couple’s whereabouts is urged to call the Esmeralda County Sheriff’s Department.