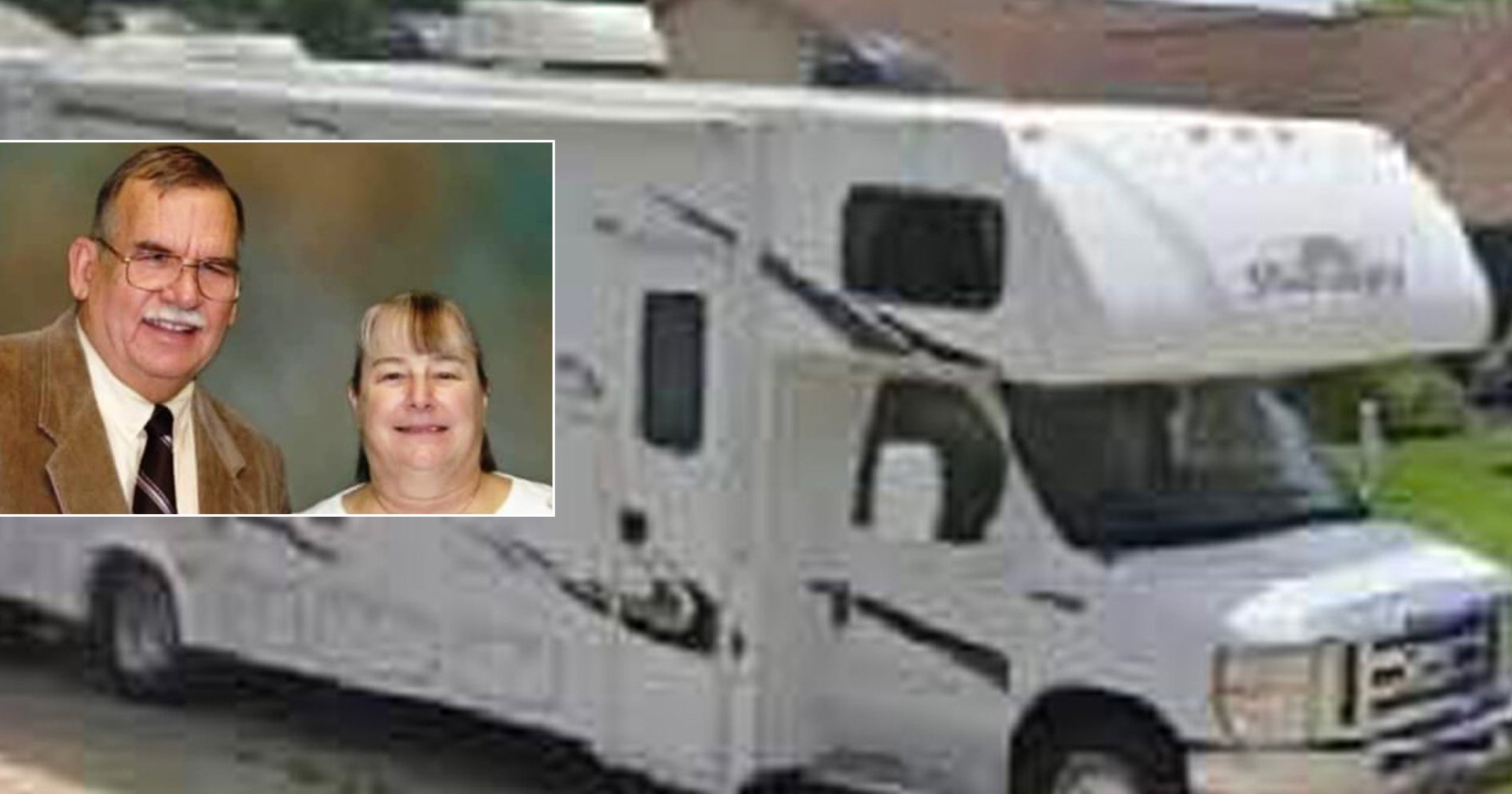 An elderly Indiana couple that was missing for about a week have been found in a remote part of southern Nevada, according to authorities, who said the wife was airlifted to an area hospital after officials found the husband dead.

Ronnie Barker, 72, and Beverly Barker, 69, had last been in contact with others on March 27 while on a road trip on highway 95 in western Nevada. They were found in their car late Tuesday afternoon in the Silver Peak area of Esmeralda County.

Search crews first found the Barkers’ RV stuck in mud, but the couple and the SUV they had been towing behind the trailer were nowhere to be found.

Hours later, the couple was found in their car on a mountain west of Silver Peak, about three and a half hours northwest of Las Vegas, according to WTHR.

Rescue personnel located the couple and a military helicopter airlifted Beverly Barker to a hospital in Reno, officials said.

The couple loved to travel, and were expected to return to Indianapolis this week after setting off on a cross-country road trip to meet friends in Tucson, Arizona.

But when their children stopped hearing from them and they failed to meet up with their friends, authorities were alerted to the case.

Mineral County Undersheriff Bill Ferguson told the Associated Press that volunteer searchers found the couple’s SUV in a forested section of the mountains about 2 miles (3 kilometers) from the RV.

‘It was just one bad decision after another,’ Ferguson said. ‘I’m not sure what took them off course. They got the motor home stuck and then unfortunately they got the car stuck.’

Ferguson said the couple had video that indicated they were in the Silver Peak area since March 27, but he did not have information about what caused Ronnie Barker to die or what his cause of death was.

He said that Beverly Barker had been found in good condition, but authorities chose to airlift her due to the rough roads in the area.

Travis Peters, a nephew of the couple, told KVVU-TV in Las Vegas that Ronnie Barker’s death was a tragic blow to the entire family.

‘Ronnie no longer being alive in this family is a hole, and it’s never going to be filled . . . he’s just a bigger-than-life personality,’ he said.

‘Thank God that Beverly is alive, because she will be able to fill in those blanks that we don’t know. Why did they go up the mountain? What happened?’ Peters said. ‘She’s going to be able to tell us.’