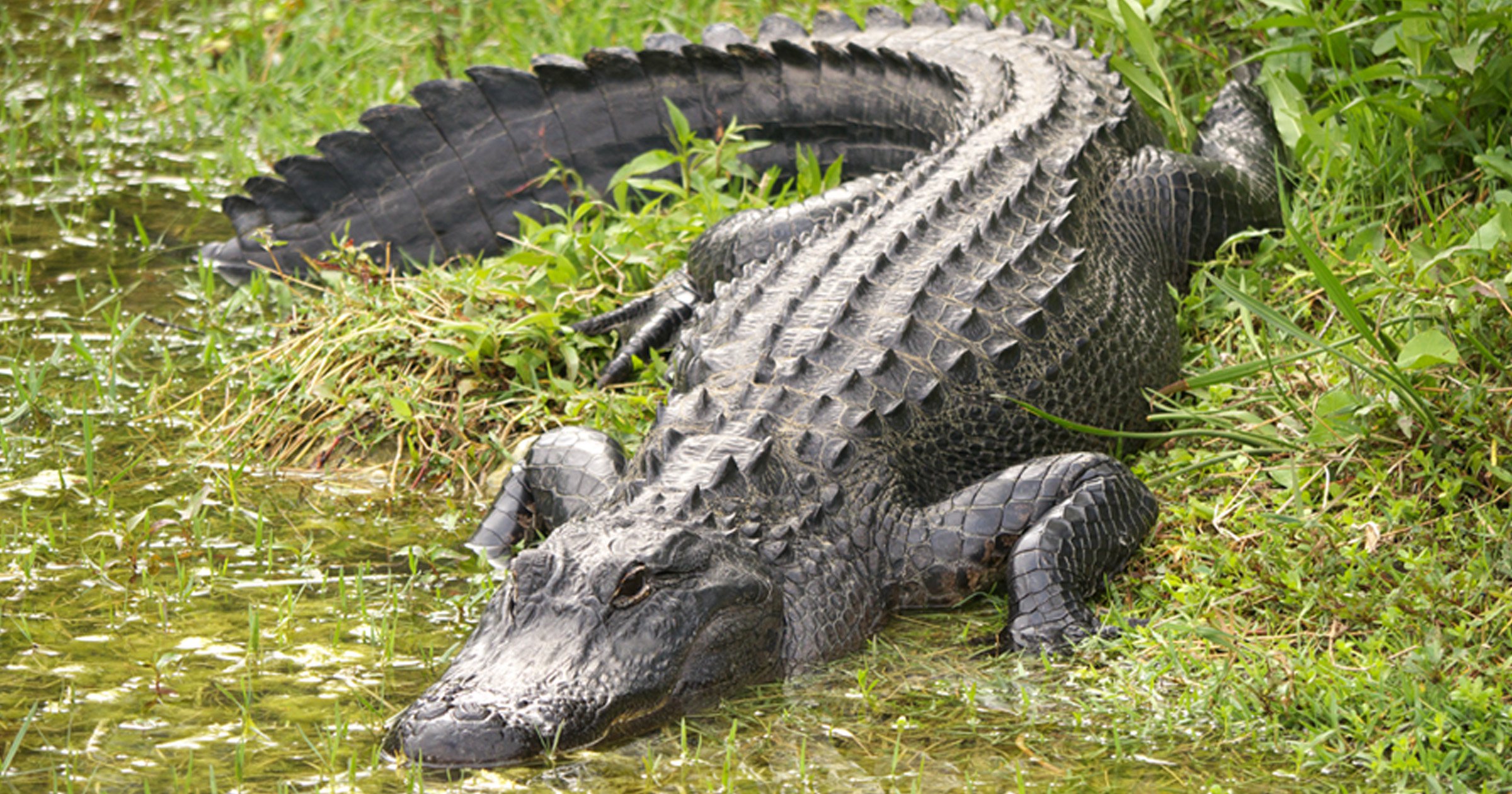 An 88-year-old woman was found dead on Monday after an alligator took her hostage and attacked her, authorities said.

Nancy Becker, appeared to be gardening near a pond in adult-only community in Hilton Head, North Carolina and slipped in, according to the Beaufort County Sheriff’s Office.

Deputies found Becker being ‘guarded’ by an alligator near the edge of the pond.

‘The alligator was basically holding her hostage, I guess – I don’t know what the appropriate term would be. It was guarding her and did not want people close by,’ Angela Viens, the sheriff’s spokesperson, told reporters at the scene.

Viens said she saw the massive 9-foot. 8-inch long alligator standing by the woman’s body. She arrived to the area around 11.45am, half an hour after someone dialed 911 to report a person was in the water with an alligator.

Becker’s body was recovered around 1pm, and the alligator was captured around 4pm. The animal was later euthanized, officials said.

Last month, a Florida woman was found dead after two alligators snatched her from a pond on a golf course and in June, a man in South Carolina was fatally attacked by a gator inside a gated community.

In that attack, a man was dragged into a retention pond by the creature at the Myrtle Beach Golf and Yacht Club.

In May, another man who was hunting for frisbees in an alligator-infested lake was found dismembered.

Sean Thomas McGuinness, 47, was found in Taylor Lake in Largo, Florida, where he often went searching for objects fallen from a nearby disc golf course. Officials said McGuinness frequently went deep in the lake despite knowing the dangers because he made his living reselling flying discs and frisbees.

In most of the attacks, the gators are removed from the water and euthanized.

Fatal alligator attacks are generally rare in the US, where on average only about 10 people have been killed by the animal per year between 1999 and 2019, according to the Center for Disease Control and Prevention.

According to the Florida Fish and Wildlife Conservation Commission, alligators are most active when temperatures are warmer.