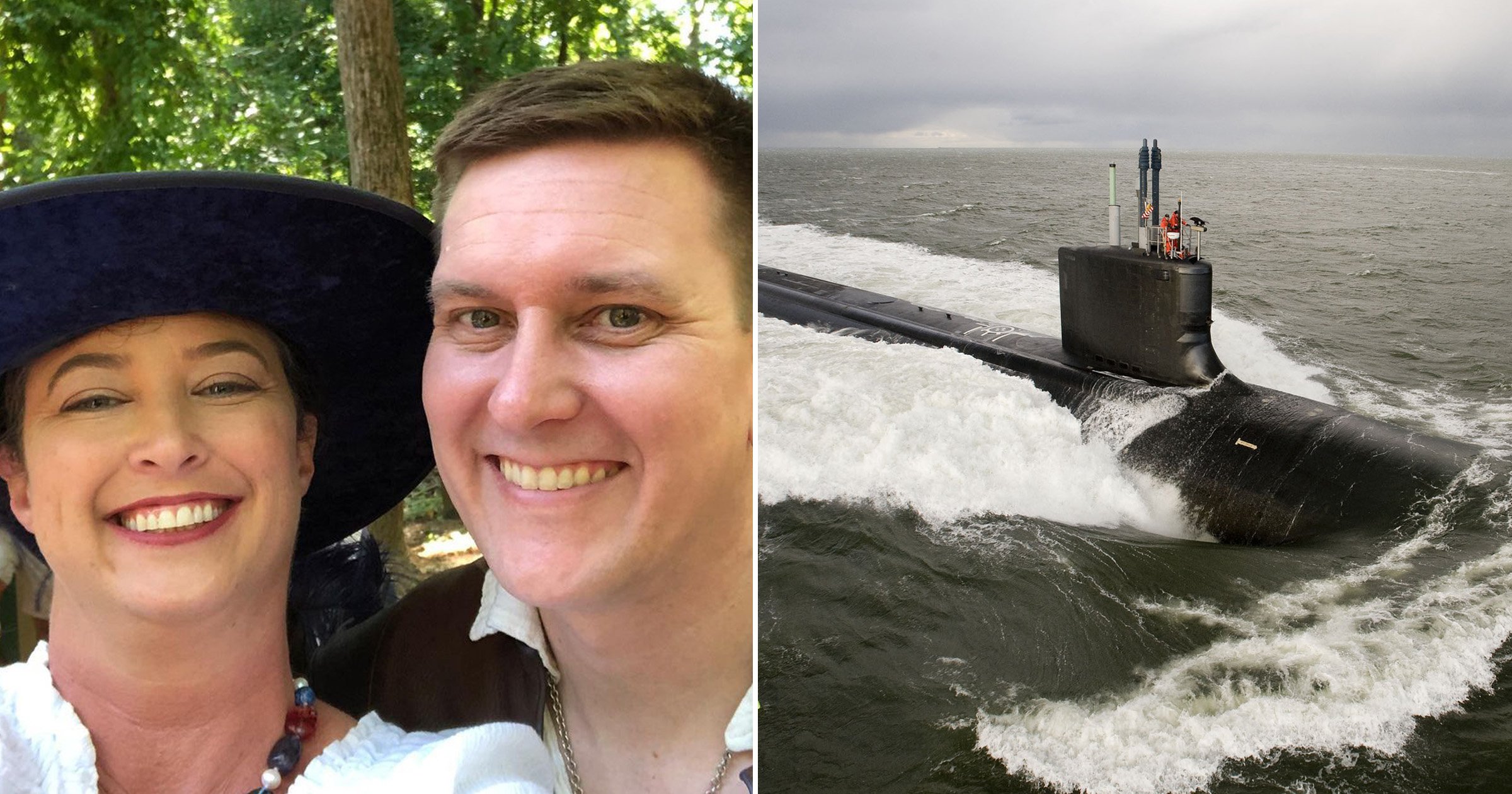 A US Navy nuclear submarine engineer has been charged with passing military secrets to a ‘foreign power’ – via a peanut butter sandwich.

Jonathan Toebbe allegedly believed he was dealing with someone representing a hostile government when he handed over a memory card hidden between two slices of bread.

The 42-year-old was arrested on espionage-related charges after an FBI sting involving agents posing as foreign spies.

According to US authorities, the conspiracy began in April 2020 when Mr Toebbe is accused of sending a package of classified documents to an unspecified foreign government.

He allegedly said he was interested in selling sensitive information in return for $100,000 in cryptocurrency.

Officials say the engineer reached out to a foreign government using the codename ‘Alice’, telling them: ‘I apologize for this poor translation into your language.

‘Please forward this letter to your military intelligence agency. I believe this information will be of great value to your nation. This is not a hoax.’

The message was intercepted and the FBI began an undercover operation which involved a series of exchanges between Mr Toebbe and agents in return for money.

In order to gain his trust, FBI agents planted a ‘signal’ at a building in Washington DC associated with the country Mr Toebbe thought he was dealing with after he suggested they could ‘raise a flag’ on the roof to prove their authenticity.

He was sent $10,000 in cryptocurrency as a sign of good faith and was then paid $20,000 after he left documents at a pre-arranged location, with his wife allegedly acting as a lookout.

His wife Diana, a 45-year-old teacher, was also arrested in West Virginia, according to the justice department, after agents swooped when a package was left at a pre-arranged ‘dead drop’.

The FBI recovered a blue memory card wrapped in plastic and placed between two slices of bread on a half of a peanut butter sandwich, court documents say.

The memory card also included a typed message that said, in part: ‘I hope your experts are very happy with the sample provided and I understand the importance of a small exchange to grow our trust.’

Mr Toebbe told agents he had ‘passports and cash set aside’ for a quick getaway after asking for help being ‘extracted’ should the plot be uncovered, according to the justice department.

On another occasion, Mr Toebba was paid around $70,000 for information on a memory card which he had concealed in a chewing gum packet.

The couple, who are from Annapolis, Maryland, are accused of violating the Atomic Energy Act, which restricts the disclosure of information related to atomic weapons or nuclear materials.