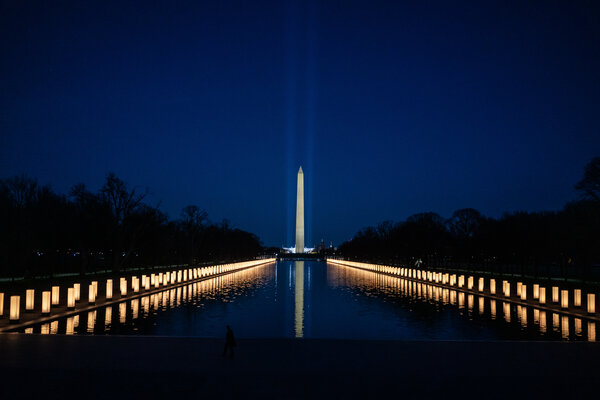 The United States reached a staggering milestone on Monday, surpassing 500,000 known coronavirus-related deaths in a pandemic that has lasted almost a year. The nation’s total virus toll is higher than in any other country in the world. It has far surpassed early predictions of loss by some federal experts. And it means that more Americans have died from Covid-19 than did on the battlefields of World War I, World War II and the Vietnam War combined.

“The magnitude of it is just horrifying,” said Jeffrey Shaman, a professor of environmental health sciences at Columbia University who has modeled the virus’s spread and says that the scale of loss was not inevitable, but a result of the failure to control the virus’s spread in the United States. “It’s been a failure,” he said.

About one in 670 Americans has died of Covid-19, which has become a leading cause of death in this country, along with heart disease and cancer, and has driven down life expectancy more sharply than in decades. The losses, monumental for the country, have been searingly personal for the relatives and friends of the 500,000.

“It never goes away,” the Rev. Ezra Jones of Chicago said of his grief for his uncle, Moses Jones, who died of the coronavirus in April.

The harrowing milestone comes amid hopeful news: New virus cases and deaths have slowed dramatically, and vaccine distribution has gradually picked up pace. But uncertainty remains about emerging variants of the virus, some more contagious and possibly more lethal, so it may be months before the pandemic is contained. Scientists say the trajectory of the U.S. death toll will depend on the speed of vaccinations, the effects of the variants and how closely people stick to guidelines like mask-wearing and social distancing.