An explosion rocked downtown Nashville on Christmas morning, sending smoke rising high above the city, blowing out store windows and forcing evacuations. Authorities said they believe the explosion was an “intentional” act.

Officials said at a news conference that three people were injured and taken to hospitals. So far, there are no fatalities, they said.

An explosion “linked to a vehicle” occurred at 6:30 a.m. outside 166 2nd Ave N in downtown Nashville, the Metro Nashville Police Department said on Twitter. 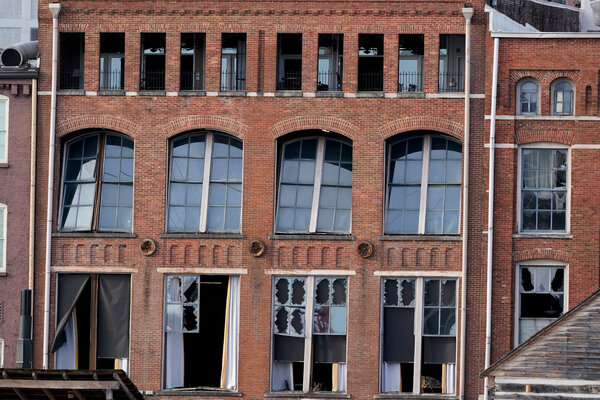 Mayor John Cooper said at a news conference that the area looked like a “bomb went off.”

“Don’t come to downtown Nashville. It’s going to be sealed off,” Mr. Cooper said, adding that had the explosion taken place on a weekday morning, the outcome could have been far different.

“It’s not a very populated area, but the people in the buildings adjacent mostly are fine and have been evacuated,” he said. “One more event in Nashville’s 2020.”

Images on Twitter showed a scene of smoke and streets lined with debris, including shattered glass and felled trees. Some images showed what appeared to be vehicles on fire.

WeGo Public Transit, the city’s bus system that serves the greater Nashville area, said service was not disrupted but buses were helping the authorities to clear the area and get individuals out of the cold.

Freddie O’Connell, a Nashville council member for the area affected by the explosion, said by email that a lot of people had lost their homes.

“2020 already had plenty of devastation,” Mr. O’Connell said. “It’s hard to wake up on Christmas morning and see more of it in my hometown.”