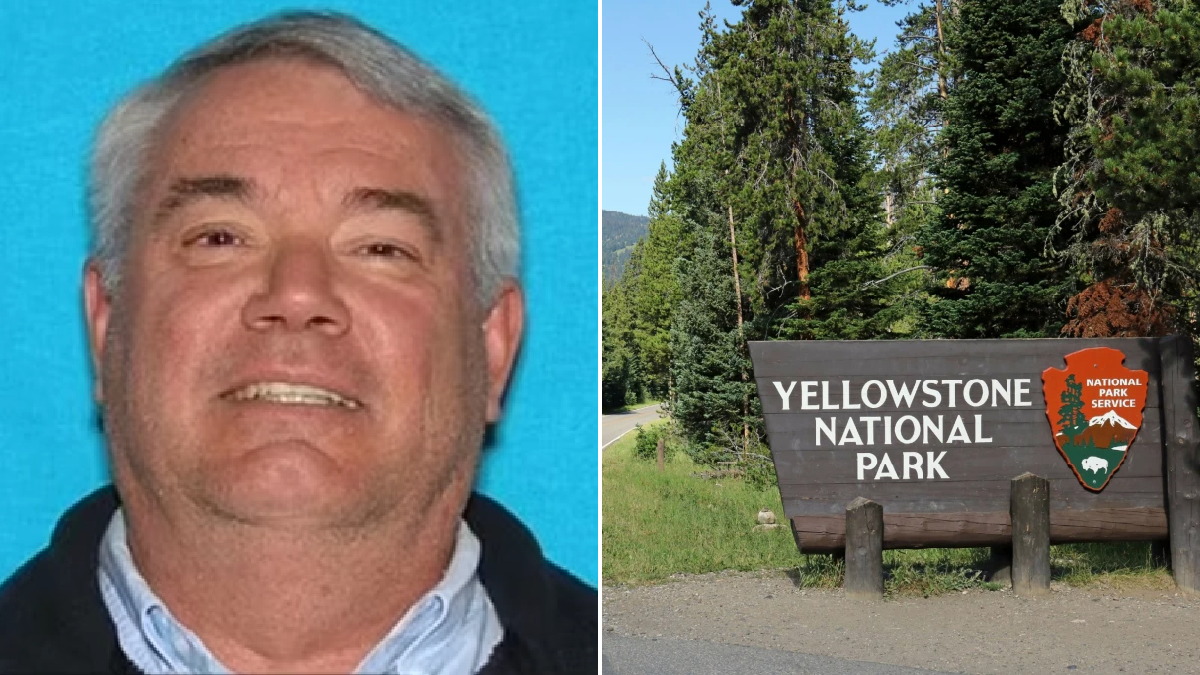 A family of three were allegedly held at gunpoint by police who wrongly thought the father was a triple murder suspect.

Brett and Genalyn Hemry, from Independence, Missouri, were on holiday with their seven-year-old daughter in Yellowstone National Park, in 2017, when they say they were mistakenly confronted by police and falsely arrested.

A federal lawsuit, filed by the family last month in US District Court in Cheyenne, seeks unspecified damage for when Brett was apparently mistaken for Gerald Michael Bullinger, a Utah man suspected of killing his wife Cheryl Baker, his girlfriend Nadja Medley and her 14-year-old daughter Payton, in Idaho.

The lawsuit claims Yellowstone National Park rangers and Wyoming sheriff’s deputies held the vacationing family at gunpoint for an hour before cops allowed Brett to show his ID and prove he is not the alleged killer.

The family say they were victims of false arrest, excessive use of force and false imprisonment.

At the time of the encounter police were on the hunt for Bullinger – whose whereabouts still remain unknown.

The mix up happened on July 20, 2017 when the Hemrys say they were driving in their family SUV out of Yellowstone’s east gate, when two park rangers in separate vehicles began to follow close behind, prompting Brett Hemry to pull over about 15 miles east of the park.

Park rangers had allegedly flagged the SUV as one Bullinger may have been driving.

After the family stopped, the rangers then allegedly pulled in front of the family’s SUV, blocking it in, and then held the family at gunpoint, ordering them to drop their car keys outside and keep their hands up.

After about an hour after being pulled over, officers allowed Brett Hemry to show his identification.

They then told him they were seeking a murder suspect and showed him a photo of Bullinger, the lawsuit alleges.

Hemry ‘bore no resemblance’ to Bullinger except for his light hair color, the lawsuit claims.

‘The terrified family went on its way, without receiving an apology or additional explanation,’ the lawsuit adds.

Authorities had been looking for Bullinger since the bodies of Baker, 57, Medley, 47, and Payton were found shot and covered with plastic in a shed on June 19, 2017.

A colleague of Baker’s, Julie Grose, said she last saw the veteran teacher at the school on June 6 for her last day.

Grose said: ‘We had a meeting to say goodbye and Cheryl was talking about her retirement and the farm. She told us about a shed on the property that she planned to convert into an art studio, she was passionate about art.

‘She seemed so happy talking about it, it is very sad. Why would she have said that if she knew about this other woman, she was never phony, she never said anything to upset people.’