INDIANAPOLIS — Dozens of families gathered in a conference room at a Holiday Inn Express & Suites early Friday, where they waited for information about their loved ones after a mass shooting at the FedEx Ground facility near Indianapolis International Airport.

At least eight people were killed, the authorities said.

Family members said FedEx employees were not allowed to use their phones on the floor of the warehouse. They hoped — in some cases, prayed — that was why they had not heard from their loved ones. 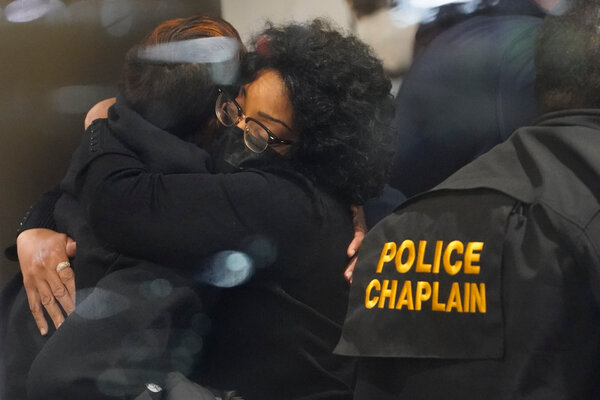 One of the people at the hotel, Pardeep Sidhu of Plainfield, Ind., said his aunt and uncle worked at the facility and that a friend’s 45-year-old husband had been shot there.

Patricia Holman, the senior chaplain for the Indianapolis Metropolitan Police Department, was one of six chaplains who arrived at the hotel on Friday to provide counseling and comfort. She has been with the city for more than 30 years, first as a police officer, then as a chaplain.

“It never gets easier,” she added.

She said they would try to give the affected families as much information as possible about what would happen next, including an autopsy, if they had to deliver the news that a loved one had been killed.

“It’s as difficult for us to tell it as it is for them to hear it,” she said. “This happens far too often.”