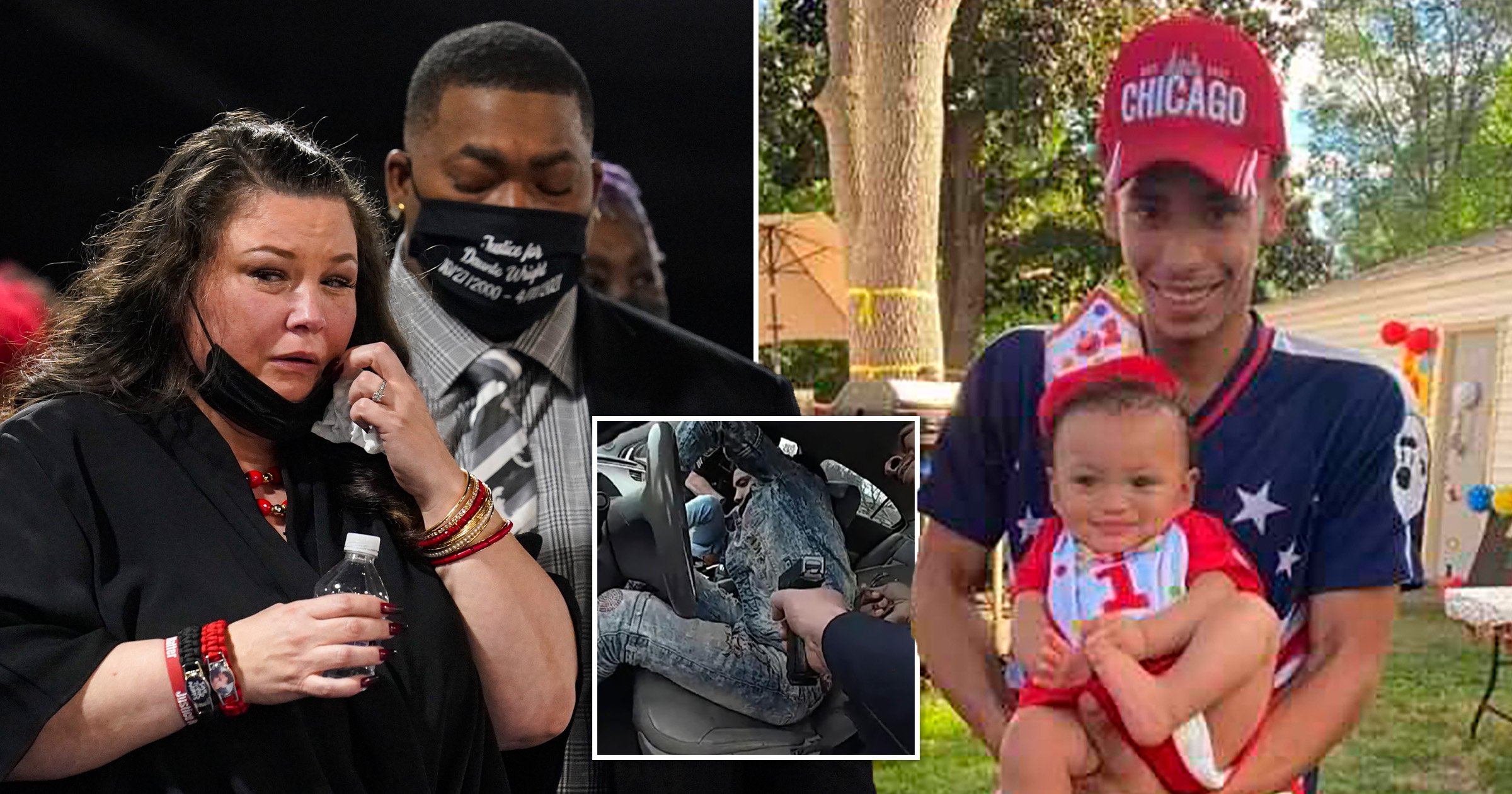 The city of Brooklyn Center, Minnesota, has agreed to pay $3.25million to the family of Daunte Wright, a 20-year-old black man who was killed by a white police officer during a traffic stop last year.

The money is part of a settlement reached with the city, which will include making changes to its policing policies and training, lawyers for the family said.

‘We hope Black families, people of color, and all residents feel safer now in Brooklyn Center because of the changes the city must make to resolve our claims,’ Wright’s parents, Katie and Arbuey Wright, said in a statement.

Daunte Wright was pulled over on April 11, 2021 by former Brooklyn Center police officer Kim Potter over an expired tag and illegal air freshener.

Potter and an officer in-training tried to arrest Wright on an outstanding misdemeanor weapons warrant but Wright resisted.

After getting back into his car there was a brief struggle, during which Potter yelled ‘Taser!’ and fired her handgun, killing Wright.

Potter was a 26-year police veteran at the time of his death. In February, she was found guilty by a jury of first-degree manslaughter and sentenced to two years in prison.

The settlement between the city and Wright’s family won’t be finalized until the two parties agree to what changes will be made for police policies and training, the Wright family’s attorneys said.

The family hopes the city will change procedures related to traffic stops and include training on implicit bias, de-escalation, mental health crisis and weapons confusion. A permanent memorial for Daunte Wright is also expected to be built in the city under the agreement.

‘There is no true justice for the Wrights because Daunte is never coming home,’ attorney Jeff Storms said in the statement. ‘A guiding principle of our efforts was to strike a balance between holding Brooklyn Center accountable, while not undermining the financial stability of the city or limiting the services it provides.’