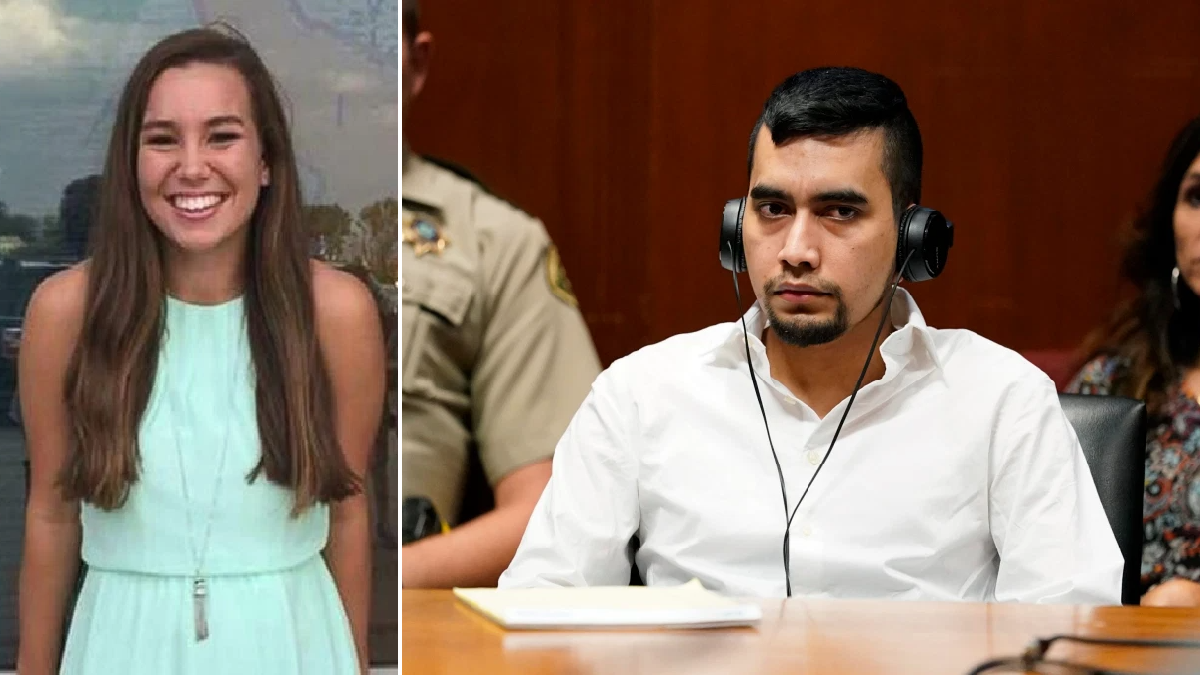 An undocumented farm worker has been found guilty of murdering 20-year-old Iowa college student Mollie Tibbetts as she was out jogging. A jury convicted Cristhian Bahena Rivera, 26, from Mexico, of first-degree murder on Friday in the abduction and fatal stabbing in July 2018.

The farmhand admitted in an August 2018 interview with investigators that he followed Tibbetts when she was on an evening jog, got mad at her and ‘blacked out’. Bahena Rivera said that when he came back into his senses, he realized Tibbetts was bleeding in the trunk of his car and buried her in a cornfield in the remote city of Brooklyn, Iowa, according to prosecutors.

Tibbetts, who studied at the University of Iowa, was found more than a month after she disappeared.

Bahena Rivera, who does not speak much English, testified in his own defense on Wednesday. He claimed that two masked, armed men kidnapped him and forced him to drive to where Tibbetts was running and that one of the men killed her and put her body in his vehicle.

However, Bahrena Rivera’s account did not match his statements to investigators in the August 2018 interview. Spanish-speaking police officer Pamela Romero, who sat for that interview, testified in court that Rivera implicated himself in the student’s death.

The jury of seven men and five women deliberated for seven hours on Thursday and Friday and all agreed Rivera was guilty. In Iowa, a first-degree murder sentence carries life in prison without parole.

‘They certainly came to their decision. We’ll respect their decision,’ Frese said. ‘We’ll explore our options and go from there.’

Bahena Rivera’s sentencing is set for July 15 in Poweshiek County.