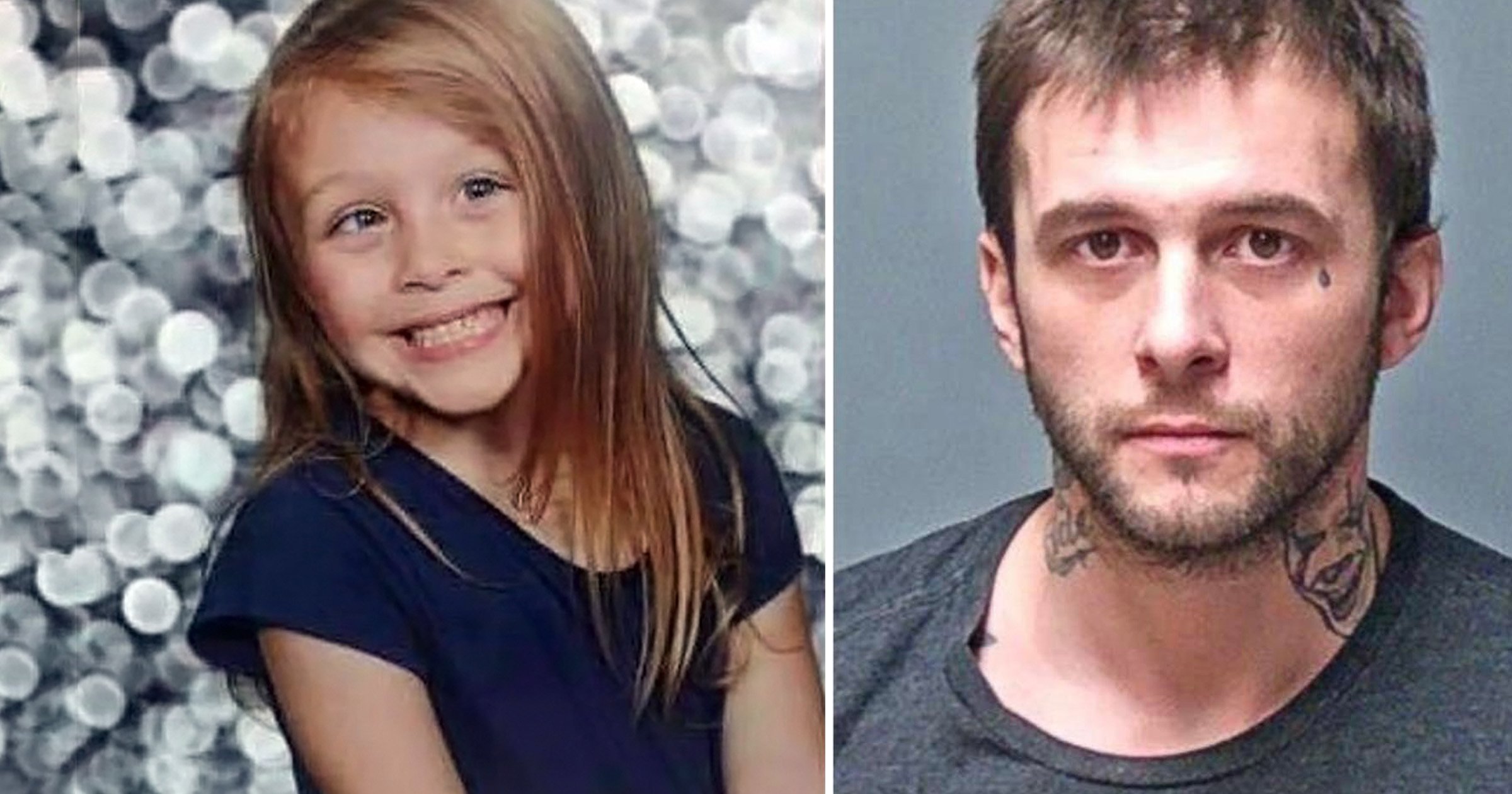 The father of seven-year-old Harmony Montgomery, who was last seen two years ago but only reported missing last week, has been arrested for allegedly assaulting her before she vanished.

Adam Montgomery, 31, was arrested on Tuesday in Manchester, New Hampshire, according to police.

The warrant charged Adam with one felony count of second-degree assault tied to a 2019 incident involving Harmony, a misdemeanor charge of interference with custody and two misdemeanor charges of endangering a child’s welfare.

Harmony was last seen in New Hampshire in October 2019, but a missing person’s report was not filed until the last week of December 2021.

It is ‘extremely concerning to have a two-year delay’, Manchester Police Chief Allen Aldenberg said during a press conference on New Year’s Eve.

‘That’s not something that happens to us on a regular basis,’ he continued. ‘It doesn’t happen every day.’

Harmony’s mother, Crystal Sorey, posted on Facebook that she filed dozens of claims of abuse and neglect for the time that her daughter was in Adam’s custody.

On Monday, Aldenberg said that police found out last week that Harmony was last seen at a Manchester home in October 2019 when she was five years old.

Police working the case are assuming that Harmony is alive, ‘until somebody shows me something that she’s not’, Aldenberg said.

The agency is ‘trying to get to the bottom of’ why it took so long for Harmony to be reported missing, the police chief said.

Harmony is described as 4 feet tall and weighing 50 pounds. She has blonde hair, blue eyes and is reported to have been wearing glasses for blindness in her right eye.