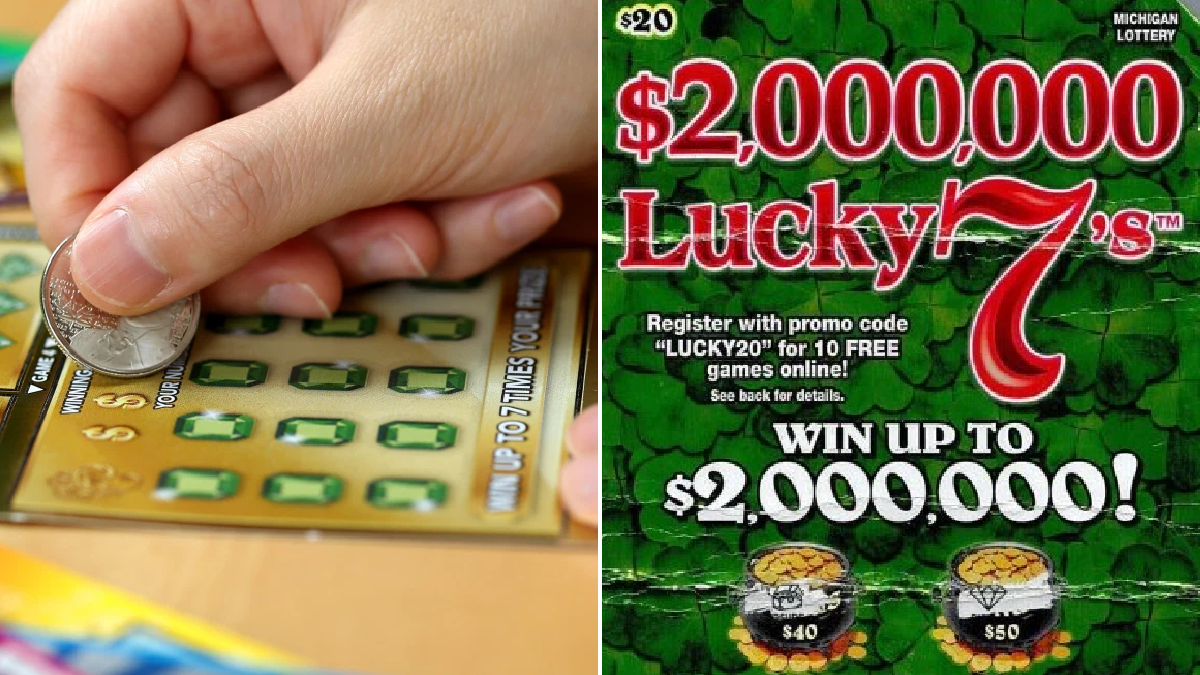 A father who lost nearly everything he owned in a flood one year ago had luck on his side when he bought a scratch off lottery ticket.

The man from Midland County, Michigan, scratched and won $2million – after previously winning the lottery and losing much of it when the natural disaster hit.

‘I never play $20 tickets, but when I stopped to pick up a couple things on my way to pick up my kids the Lucky 7’s ticket caught my eye’, the 29-year-old man who chose to be anonymous said. ‘Seven is a lucky number for me, so I decided to take a chance and bought the ticket’.

The man said he scratched off the ticket when he got into his car.

It was a déjà vu of sorts for the man, who had previously won the lottery – only he needed the money so much more this time around.

‘A few years back, I won $10,000 and I thought that was my once in a lifetime shot at winning the lottery’, the man explained.

‘Last year, I lost everything in a flood, so to win this prize is so overwhelming to me’.

The man went to a Lottery headquarters to claim his prize and chose a one-time lump sum of about $1.3million instead $2million in annuity payments, according to a Michigan Lottery press release on Friday.

He is relieved to know he can now financially support his children and their future.

‘Knowing my kids will be taken care of is the best feeling in the world’, he said.

The man bought the winning ticket at Anna’s Market on Jefferson Avenue in Midland. Each $20 Lucky 7’s ticket offers prizes starting at $20 and he won the maximum $2million. Since the Lucky 7’s launched in December 2019, players have won more than $92million.