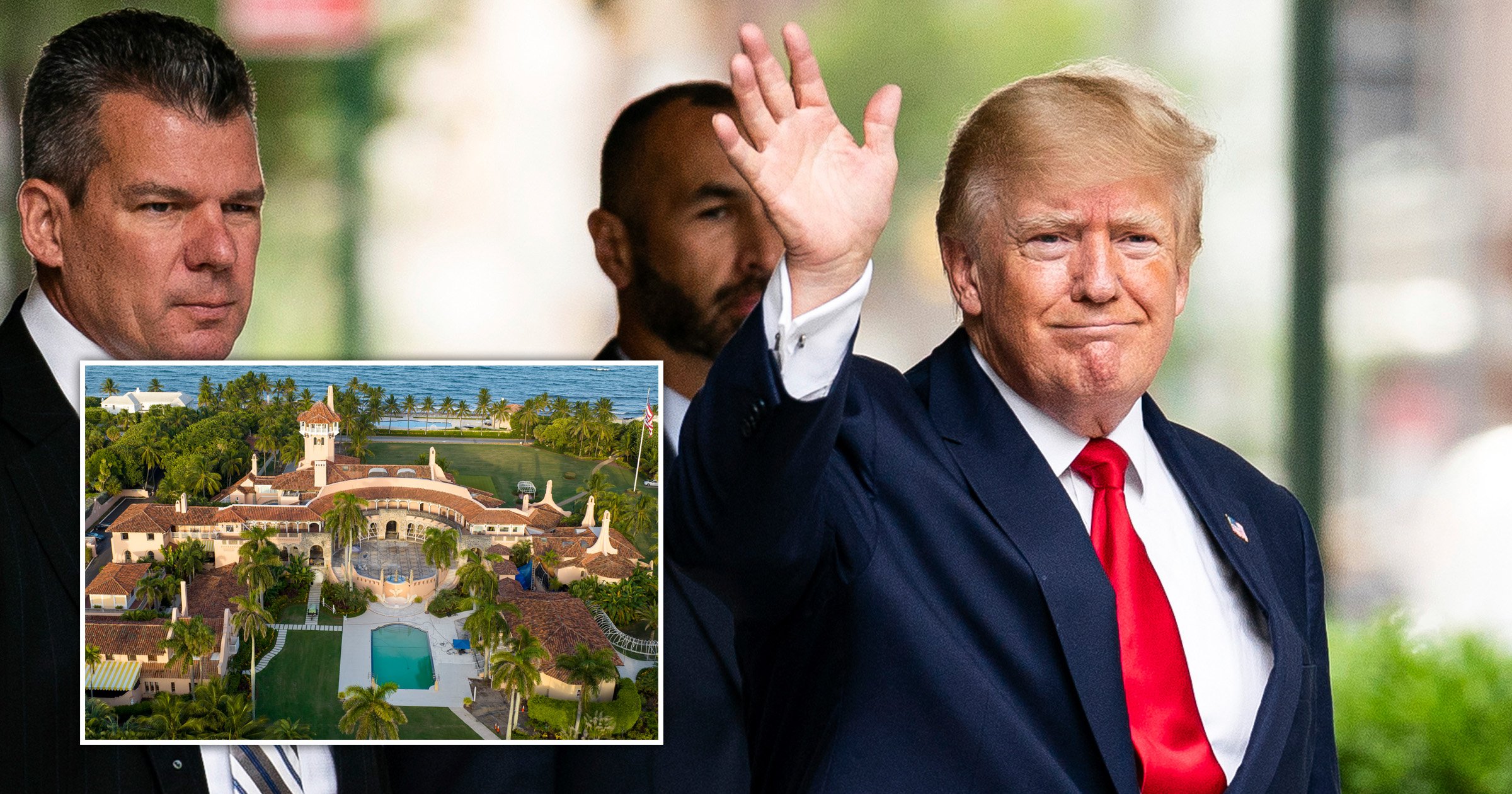 Donald Trump’s Mar-a-Lago resort is thought to have been raided by FBI agents hunting for nuclear documents.

The 76-year-old former president has been calling for the release of papers linked to the search, which he branded ‘un-American, unwarranted, and unnecessary’.

Neither Trump nor the FBI has said what, if anything, was recovered during Monday’s raid.

It is also unclear exactly what FBI agents were looking for as they arrived at the property around 6.30am.

But The Washington Post reported yesterday agents were looking for nuclear weapons documents, with other sources saying Trump may have taken papers from the White House before he left office.

The claims came on the same day US Attorney General Merrick Garland said he was requesting the release of the search warrant from a federal court.

He added: ‘I am going a step further by ENCOURAGING the immediate release of those documents.

‘This unprecedented political weaponisation of law enforcement is inappropriate and highly unethical.

‘The world is watching as our country is being brought to a new low.’

Federal authorities would have had to prove to a judge there was reason to believe a crime was committed to obtain the warrant.

Garland said he approved it, but during a news conference refused to offer any more details about the decision or the contents of the warrant.

He said: ‘Let me address recent unfounded attacks on the professionalism of the FBI and Justice Department agents and prosecutors. I will not stand by silently when their integrity is unfairly attacked.

‘Men and women of the FBI and the Justice Department are dedicated, patriotic public servants. Every day, they protect the American people from violent crime, terrorism and other threats to their safety while safeguarding our civil rights. They do so at great personal sacrifice and risk to themselves.’

Trump said before the search his legal team was ‘cooperating fully’, and hailed the ‘very good relationships’ that had been made.

A motion cites the public interest in unsealing the warrant – likely to reveal how Trump handled top secret documents – is ‘clear and powerful’.

The raid on Trump’s home comes months after the National Archives asked the Justice Department to open an investigation into the Republican’s handling of classified records.

Officials travelled to Mar-a-Lago in January to retrieve 15 boxes of files that were meant to be handed over when Trump left office, some of which were labelled ‘classified’.

Authorities say there have been a growing number of threats against government agencies after the FBI raided Mar-a-Lago.

A post on Truth Social – Donald Trump’s social media platform – from an account appearing to belong to Shiffer seemed to confess to the attack, with the FBI now investigating his possible links to far-right extremism.