Some governors and mayors quickly rolled back their mask mandates, while others said local restrictions would stay in place for now. 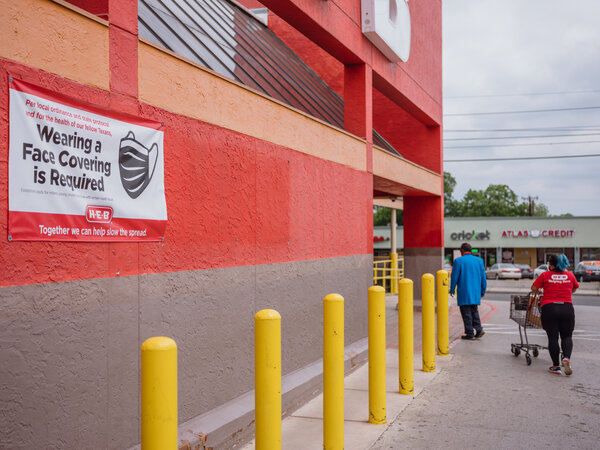 SAN ANTONIO — Minnesota’s statewide mask mandate is over. But in Minneapolis, the state’s largest city, face coverings are still required.

In Michigan, Kentucky and Oregon, governors cheerily told vaccinated people that they could go out maskless. But mask mandates remained in force for New Yorkers, New Jerseyans and Californians.

So unexpected was new federal guidance on masks that in Kansas City, Mo., Mayor Quinton Lucas went from saying he would not change his mask order, to saying he would think about it, to announcing that he was getting rid of it altogether, all in the span of about seven hours.

Across the country, governors, store owners and people running errands were scrambling on Friday to make sense of the abrupt change in federal guidelines, which said fully vaccinated people could now safely go most places, indoors or outdoors, without a mask.

At least 20 states that still had mask mandates in place this week said by Friday evening that they would exempt fully vaccinated people or repeal the orders entirely, while at least five others with mask requirements had not announced any changes. The rapidly changing rules brought an end to more than a year of mandatory masking in much of the country, even as some said they were not yet ready to take off their face coverings.

“I’m going to wear a mask for a long time to come,” said Fanny Lopez, 28, who was grocery shopping in San Antonio on Friday morning while wearing a black cloth mask. “I trust the mask more than the vaccine. The government messages are confusing, telling us to wear a mask one day and the next day no.” 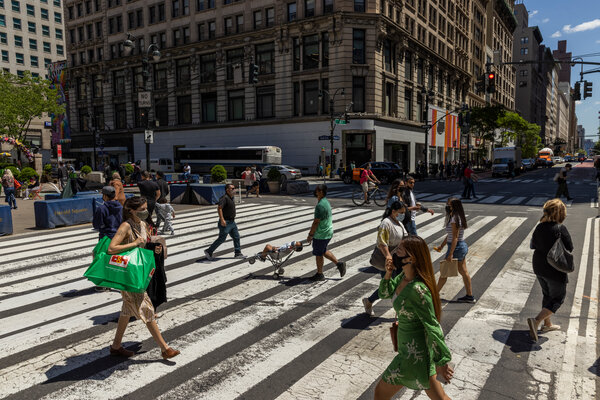 The sudden shift in public health advice resonated at every level of government, from City Hall in Hartsville, S.C., where a local mask mandate was allowed to expire, to Nevada’s Gaming Control Board, which said it was not practical “to attempt to enforce a mask mandate tethered to an individual’s vaccination status,” to the U.S. Capitol, where the attending physician said House members would still have to cover their faces on the floor of the chamber.

But the shift was perhaps most challenging for governors and big-city mayors, many of whom have expended significant political capital on mask orders in the face of protests and lawsuits, and who were not given a heads-up about the change in federal policy before it was announced on Thursday.

Mayor Lucas said he could not keep Kansas City’s order in place since there was no easy way to differentiate people who are fully vaccinated — now 36 percent of Americans — from the 64 percent who are not.