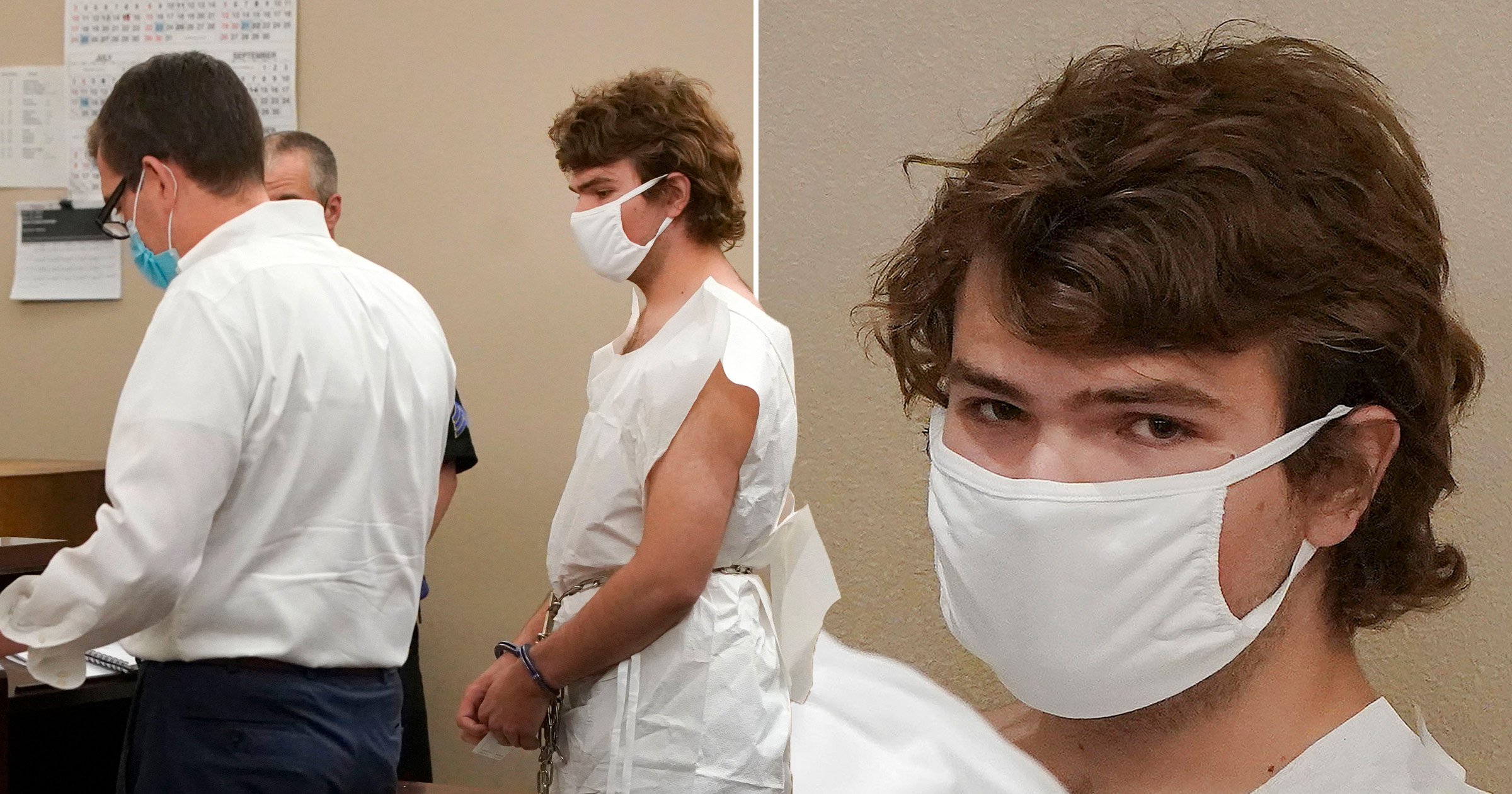 The suspected gunman behind yesterday’s mass shooting in Buffalo, New York has made his first appearance in court.

At least 10 people died and three others were injured during the devastation at the Tops Friendly Market.

Witnesses described the carnage as ‘like walking onto a horror movie.’

The suspected gunman was taken into custody for what authorities believe was a ‘racially-motivated hate crime’.

Police said 11 people targeted were black, while two others were white.

He has pleaded not guilty.

Gendron, wearing a mask and white medical gown, was said to have watched on in silence as the charges were read out.

Footage posted online yesterday showed a man in what appeared to be military-style clothing being cuffed by officers.

Buffalo mayor, Byron Brown, today said the suspected gunman ‘travelled hours’ to the supermarket and had been armed with a high-powered rifle.

President Joe Biden paid tribute to those who died and to everyone ‘suffering the physical and emotional wounds of this horrific shooting.’

He said: ‘We still need to learn more about the motivation for today’s shooting as law enforcement does its work, but we don’t need anything else to state a clear moral truth: A racially-motivated hate crime is abhorrent to the very fabric of this nation.‘

‘Any act of domestic terrorism, including an act perpetrated in the name of a repugnant white nationalist ideology, is antithetical to everything we stand for in America.

‘Hate must have no safe harbour.

‘We must do everything in our power to end hate-fuelled domestic terrorism.’

New York Governor Kathy Hochul added: ‘It is my sincere hope that this individual, this white supremacist who just perpetrated a hate crime on an innocent community, will spend the rest of his days behind bars.

‘And heaven help him in the next world as well.’

He told the Buffalo News: ‘My mother was a mother to the motherless.

‘She was a blessing to all of us.’

The guard, a retired Buffalo police officer, fired multiple shots at the gunman – but they were deflected by a bullet-proof vest.

A source said investigators are looking into whether Gendron had posted a manifesto online prior to the attack, but police have declined to comment on the subject.