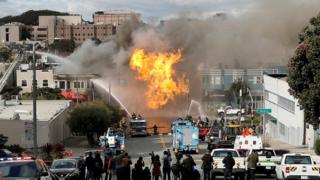 Five nearby buildings were set ablaze, including the Hong Kong Lounge II restaurant. 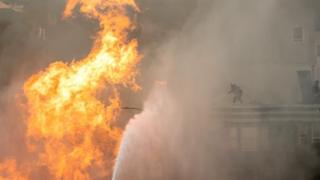 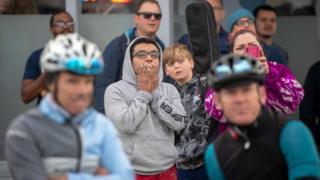 All eight of the fibre-optic workers were accounted for and there were no injuries.

Mayor of San Francisco, London Breed, said: “The good news is that no one was injured or hurt.” 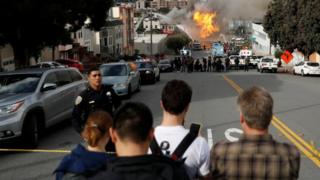 The fire took around two and a half hours for fire crews and gas providers PG&E to extinguish.

“It’s pretty dramatic I will say, but we have a good handle on it,” San Francisco Fire Chief Joanne Hayes-White told reporters at the scene. 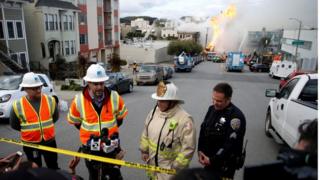 Spokesman for PG&E Blair Jones said workers had to “go slow” in order to prevent shutting off gas to thousands more customers.

Around 300 customers were cut off by Wednesday evening and 2,500 left without electricity. 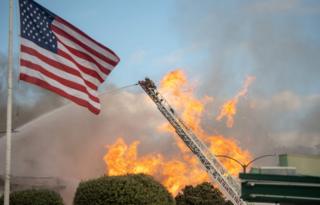