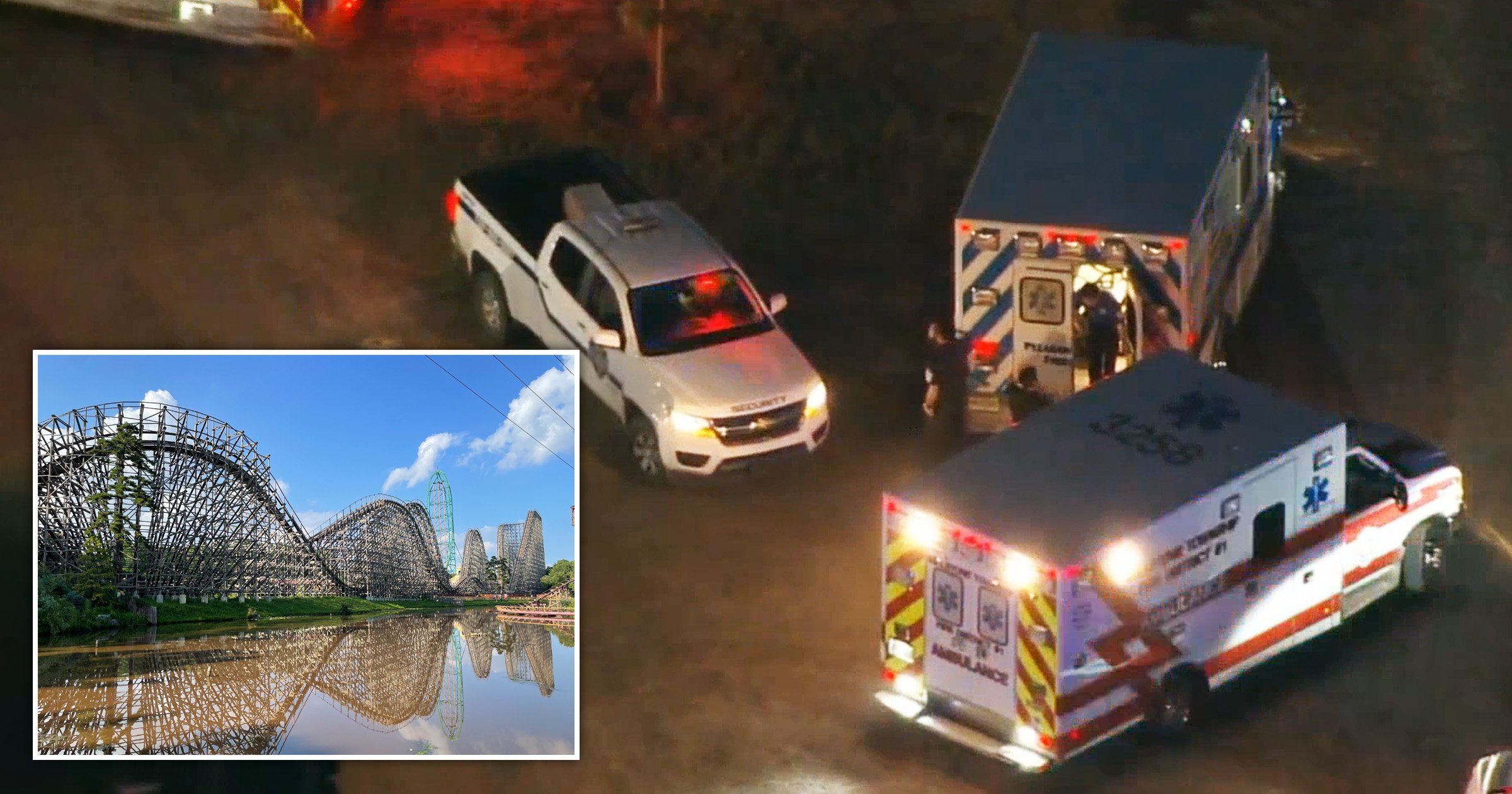 A Six Flags wooden rollercoaster malfunctioned, injuring more than a dozen riders including five who were hospitalized.

The incident occurred on the El Toro rollercoaster at Six Flags Great Adventure in New Jersey on Thursday night.

Some riders said they felt a bump, and others reported ‘jolting’ and a ‘loud bang’, according to the state Department of Community Affairs.

‘I knew something was wrong because I’ve ridden that roller coaster so many times,’ Holly Core, of Bensalem, Pennsylvania, told ABC 6.

‘It’s my favorite coaster in the park. At least it was.’

A total of 14 riders were injured, and five of them were taken to the hospital for treatment on their back, neck, mouth or tongue, the TV station reported.

‘Some people said, “I bit my tongue, I think my tongue’s bleeding,”‘ Core said. ‘I heard someone say their back was hurting.’

All five patients have been discharged from the hospital, according to ABC 6.

The cause of the ride malfunction was not immediately clear.

The incident came after the rollercoaster derailed last year, and was shuttered. It did not reopen until earlier this year.

‘Maybe they need to do some more checks beforehand to keep it from happening.’

El Toro features a 176-foot drop and takes riders up to 70mph.

It is not the first incident on an amusement ride in the US recently. Some incidents were more tragic. In May, a worker at Gillian’s Wonderland Pier in Jersey Shore fell from a Ferris Wheel lift to his death, while tending the ride.

And in July 2021, a raft at Adventureland Park in Iowa overturned, killing one person and injuring three others.