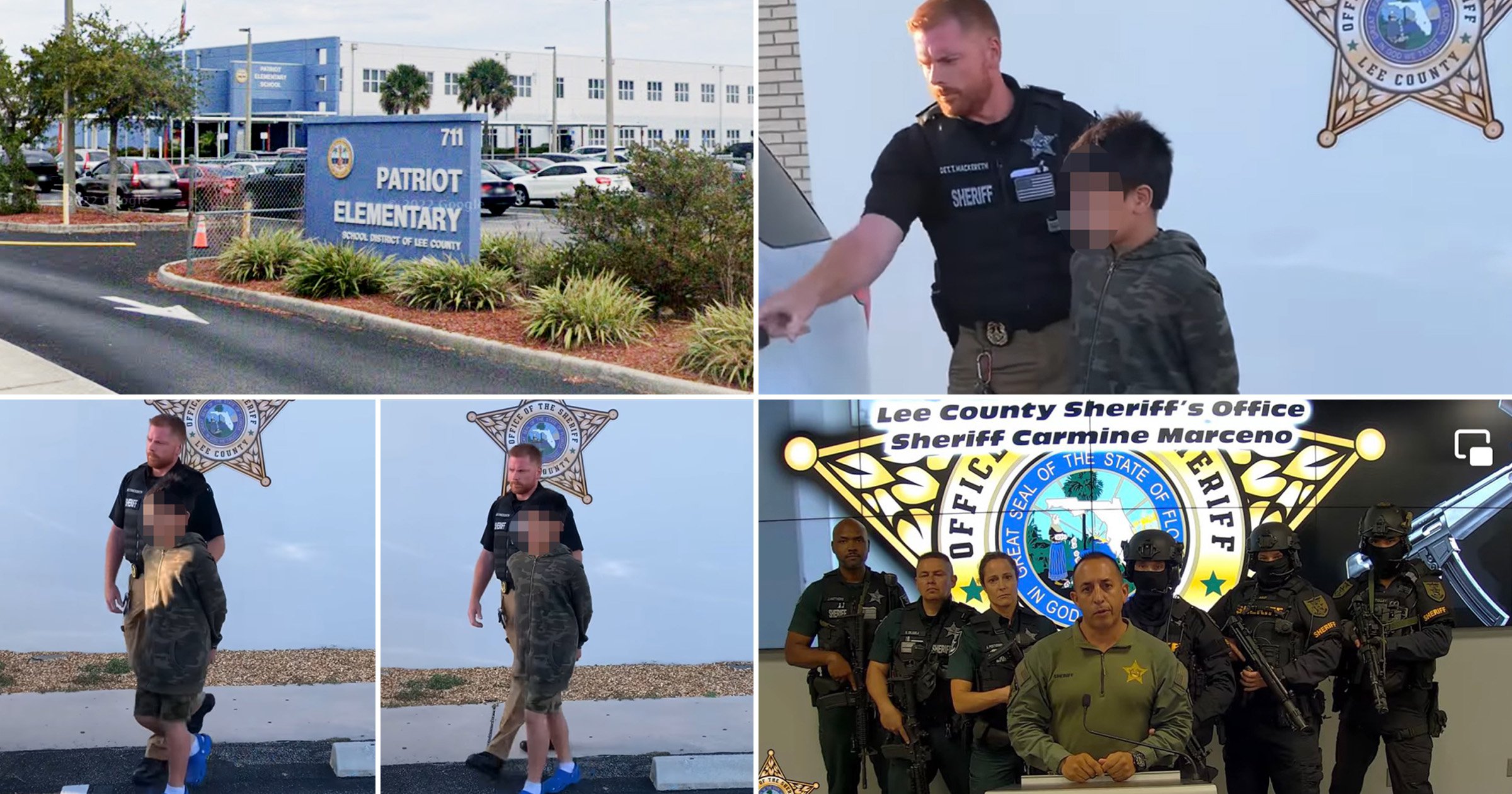 A 10-year-old Florida boy was arrested after he allegedly sent a text message threatening to carry out a mass shooting at his elementary school.

Police arrested the fifth-grade student Saturday evening after learning he had sent text messages that said he was going to commit violence at Patriot Elementary School in Cape Coral.

The sheriff’s office said they took the threat seriously following Tuesday’s shooting at Robb Elementary in Uvalde, which claimed the lives of 19 children and their two teachers.

‘Making sure our children are safe is paramount. We will have law and order in our schools! My team didn’t hesitate one second…NOT ONE SECOND, to investigate this threat,’ the sheriff said.

The sheriff came out forcefully on social media against the child’s message, which he concluded was a ‘fake threat’ to the school.

‘Right now is not the time to act like a little delinquent,’ Marceno said. ‘It’s not funny. This child made a fake threat, and now he’s experiencing real consequences.’

The sheriff’s School Threat Enforcement Team was alerted to the messages, which later handed the case over to the Youth Services Criminal Investigations Division due to the child’s age.

Police arrested the boy after detectives interviewed him and determined probable cause for his arrest. His name has not been released.

Following Tuesday’s massacre in Uvalde, the second deadliest school shooting in US history, schools across the US have brought in additional security staff and restricted visitors as concerns over copycat threats grow.

In Buffalo, New York, where a racially-motivated mass shooting at a supermarket killed 10 earlier this month, the largest school district announced new security measures immediately. At the school, any visitors must call ahead for approval with no exceptions, and doors will remain locked at all times.