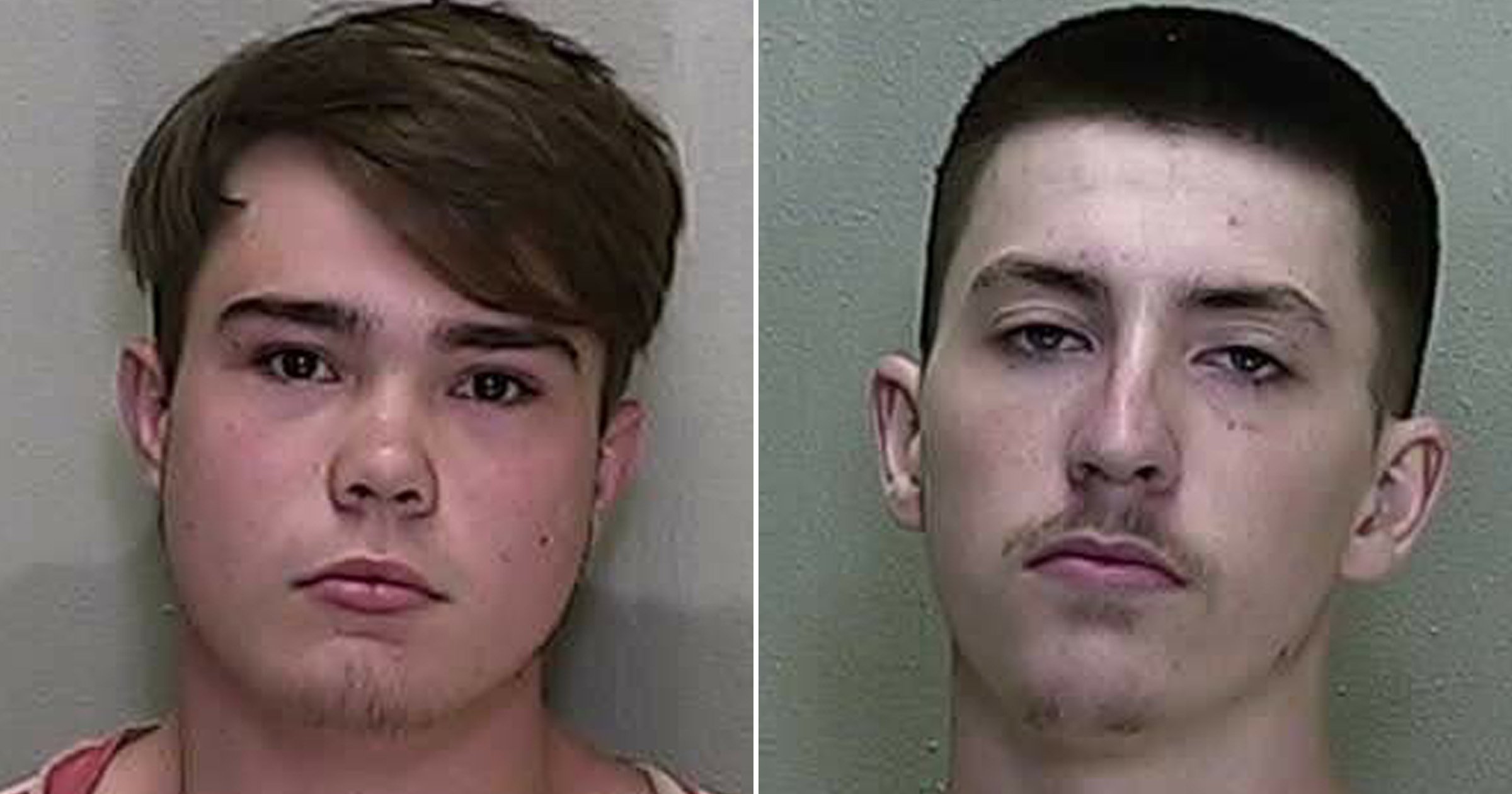 A 16-year-old boy was killed and two others were jailed after two of the boys took turns shooting at each other while wearing body armor, authorities in Florida said.

Christopher Broad, 16, and Joshua Vining, 17, took turns wearing a bulletproof vest and firing a gun at each other on the evening of April 3.

Broad was wearing the vest when Vining allegedly shot and wounded him. Emergency responders took Broad to an area hospital, where he later died from his injuries.

Vining and another teen, Colton Whitler, 17, were arrested on Thursday, both facing charges stemming from Broad’s death. Vining has been charged with aggravated manslaughter of a child with a firearm charge, while Whitler was charged with providing false information to police.

‘Through the investigation, it was determined that Vining and Broad were taking turns shooting at each other while wearing a vest which contained a form of body armor. Vining shot at Broad while he was wearing the vest, and he was struck,’ according to police in Belleview, a Florida suburb about 70 miles northwest of Orlando.

An 18-year-old who was with the group, Evan Vowell, recorded the shooting on his cell phone but turned over the footage to police as evidence.

Before the shooting, Vining reportedly showed Vowell, Broad, Whitler and at least one other teenager a9mm gun and a bulletproof vest, and asked them if they ‘had ever seen anyone get shot with a bullet proof vest on,’ according to their arrest affidavits.

In the video, Broad is seen firing a single shot at Vining, who was wearing the vest. The two teens then swapped roles. Vining shot Broad in the vest once, and then shot him four more times consecutively, police said.

Whitler, who was initially interviewed as a witness to the shooting, reportedly gave officials inaccurate information about who shot Broad.

A neighbor who witnessed the teenagers panicking following the shooting said he woke up to gunshots.

‘I walked out past my truck, and I saw a teenaged boy come out of the trailer next door screaming all hysterical,’ Joe Vanhouten told Fox 35.

‘What I know of him, I mean, I guess you’d say a typical teenager.’ Vanhouten said. ‘I know they don’t really realize the consequences of some of the stuff they do.’

The two teens are being charged as adults in Broad’s death. Both were released from jail on bond.

In Florida, aggravated manslaughter of a child with a firearm can carry a sentence of up to 30 years in prison.