Nevayah still remembers the feel of the handcuffs. They were foreign to her; she had never been in trouble.

A latecomer to New York City’s foster care system, Nevayah had been signed over to the Administration for Children’s Services when she was 16. Rather than enter a group home, she told her caseworker she would prefer to live with her mother in Ohio. Eager to start school, she bought a bus ticket, made it to Cleveland and phoned the agency to let them know that she was safe.

Per protocol, A.C.S. said, they would send the authorities to make sure the home was suitable.

But when the police arrived that night, they told Nevayah that New York Family Court had issued a warrant for her arrest. Graciously, she said, officers waited to handcuff her until she was in the back of their patrol car. By midnight, she was in a cell.

In Family Court hearings every month, the A.C.S. is quietly being granted arrest warrants to detain foster children like Nevayah, whose only transgression is leaving the agency’s care. The unusually draconian strategy has little precedent in any state’s foster care system, and it is unclear if the A.C.S. even has the authority to use such warrants under New York State law.

It is the A.C.S.’s controversial solution to a complicated problem: how to find and keep runaway minors in foster homes they do not want to stay in. To not search for runaways is a dereliction of the agency’s duty. But to use law enforcement over less adversarial approaches, like casework, puts some of the city’s most vulnerable wards into volatile situations.

The full names of foster children who spoke with The New York Times are being withheld at their request because they are both minors.

“Warrants can be helpful in locating children because they engage law enforcement resources,” said Chanel Caraway, a spokeswoman for A.C.S. “That said, we’ve taken a number of steps to ensure that we only seek warrants in cases where they’re necessary.”

The agency itself has acknowledged that the practice — sometimes resulting in the arrest of children as young as 14 — can be problematic. In an industry newsletter in 2015, it announced it intended to adopt more stringent guidelines to govern its use of warrants.

“In practice, the execution of a warrant can have unintended negative consequences to the child or youth that is absent from care,” the newsletter, which is still available online, stated.

In the months immediately following that announcement, the number of warrants issued to A.C.S. dropped steeply — to 81, down from 125 the year before. In 2016, the number of approved warrants dipped even further, to 48.

But last year, the numbers crept back up as A.C.S. was granted 69 arrest warrants for children, according to statistics provided by the agency.

Despite fluctuations in their frequency, the warrants create a tension that can undermine A.C.S.’s goals, straining an already fragile relationship between wary foster children and the agency they are supposed to trust.

“It’s disturbing that New York does this. These are kids that have committed no crime, and it’s particularly disturbing because they’re the most vulnerable kids,” said Betsy Kramer, director of special litigation at the Manhattan-based Lawyers for Children, which represents several foster children who have been the subject of arrest warrants.

The warrants are different from juvenile delinquency warrants, which are used to arrest minors who are wanted for breaking the law. Though runaway arrest warrants come by way of A.C.S., they are standard civil arrest warrants and are entered into the state’s warrant database.

The warrants for runaways are often executed like traditional arrest warrants, with handcuffs and lockups. While the fine print states that handcuffs should not be used — except in extreme circumstances — advocates and foster children have said almost every warrant case involves the use of handcuffs.

A.C.S. officials said the arrest warrants are handled through the Police Department’s warrant squad, but would not comment on the use of handcuffs.

A review of foster care policies across the country shows no other similar practice of using arrest warrants to detain runaways. Many other states use court orders or court-ordered requests to pick up a child, often deploying protective officers or caseworkers who are not in uniform, but are sometimes accompanied by law enforcement. Some states use “child protective warrants” that allow the agency to take the child into custody.

“In most cases, they are going home to their home communities to spend time with their families and friends,” Ms. Kramer said of missing youth. “To subject them to arrest for that is just really particularly egregious.”

Across the city, lawyers described a system in which the police are frequently directed by caseworkers to a child’s location in order to have them detained.

“Half the time, maybe even more, A.C.S. knows exactly where the child is when they ask for a warrant,” said Dodd Terry, an attorney with The Legal Aid Society.

Heaven, one of The Legal Aid Society’s clients, was 16 when the agency was granted a warrant for her arrest. She had left her foster home, but was still showing up daily to her internship — with A.C.S.

“It was kind of weird because A.C.S. called my phone and told me, ‘Oh, you have an arrest warrant,’” she said. “They see me every Monday through Thursday from 1 to 4.”

For Heaven, the warrant did the opposite of what the agency said it intends: It drove her farther away. At 16, she was caught in a prostitution ring and had left her foster home to live with her pimp. Though she was attending high school in the Bronx and continued to show up for her internship, she said she feared seeking help from her caseworker.

The warrant was vacated by a Family Court judge after Heaven’s lawyers challenged its validity. She has since returned to her foster home and has stopped prostituting herself, she said; she is on track to graduate early from high school. 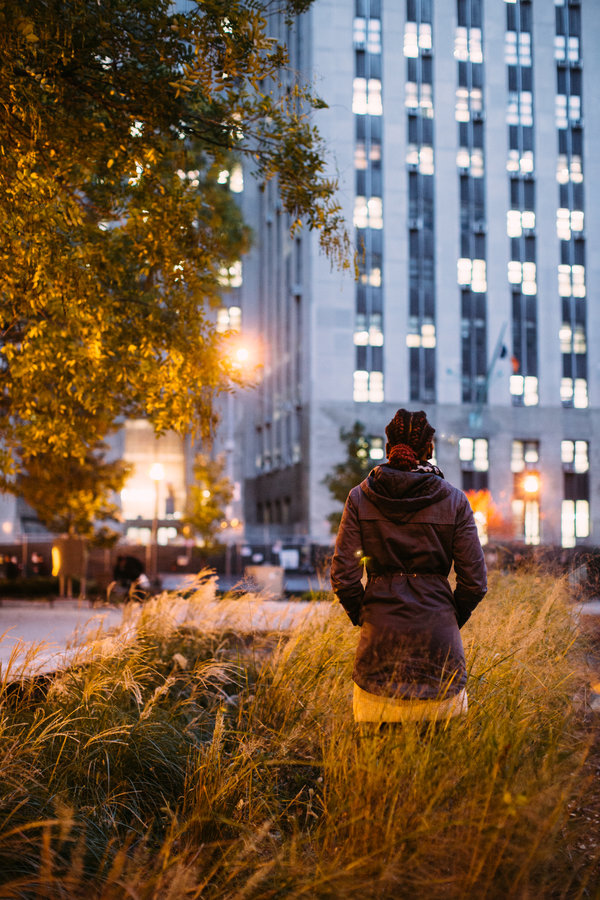 The agency said it adheres to a “limited use policy” that considers factors like age and special needs when it seeks warrants, but it would not provide the specific policy. It is unclear what differentiates situations when warrants are issued from scenarios when a softer outreach is employed — for example, when a caseworker or a child protective specialist is deployed to try to return the child to their placement.

“What is troubling about this is that for communities of color that are disproportionately represented in the child welfare system, you have law enforcement getting involved in basic life situations that should be social services matter,” said Mr. Terry. “Do your casework before you seek law enforcement.”

In a system where the majority of children are black and Hispanic — including 89 percent of the foster children who were considered A.W.O.L. in 2017, according to agency statistics — the psychological impact of these police interactions can be devastating.

“I still have nightmares to this day,” said Nevayah, who is now 17.

She passed the time in her detention cell reading the Harry Potter series, and said she marked each day by scratching a mark on her wall. The A.C.S. had ordered her to come back to New York but Nevayah, who identifies as transgender and is currently transitioning, wanted to stay in Ohio. The A.C.S., she said, would not guarantee her L.G.B.T.Q.-friendly housing in New York.

After three weeks, when she finally agreed to fly back, the police walked her through the airport in handcuffs and leg irons. It was an experience that Nevayah described as humiliating.

“I felt stereotyped. I’m a minority. I’m Puerto Rican, Latino, and I’m being put through the justice system,” she said. “The statistics don’t care how I ended up in jail.”

Nevayah has since found an accepting group home in the city and attends an L.G.B.T.Q.-friendly high school in Manhattan. She plans to go to college, where she wants to study to become a software engineer.

The Legal Aid Society has filed an appeal with the Appellate Division of State Supreme Court that challenges whether the court and the A.C.S. have the authority to even issue arrest warrants. That case is expected to be argued this month. In the meantime, Family Court judges have delayed decisions on two of the warrants for unnamed children involved in the case, bolstering advocates’ confidence that the agency is on dubious legal footing.

Even undecided, the appeal is having an impact in courtrooms, where judges have started voicing more skepticism over the use of warrants.

At Nevayah’s court hearing in October, Jessica Brenes, a Family Court referee, was distraught when she discovered that the A.C.S. had known Nevayah was with her mother in Ohio when the court granted the warrant for the teenager’s arrest.

The agency had not told Ms. Brenes it was aware of Nevayah’s whereabouts. Had she known, Ms. Brenes said, the warrant likely would not have been granted.

“It is not a mechanism to make it easier to retrieve the youth,” she said, frustrated. “I need to make sure something like this doesn’t happen again.”