Yankee Stadium welcomed fans on Thursday, and some high-end hotels are opening their doors. But a widespread rebound from Covid-19 could take years. 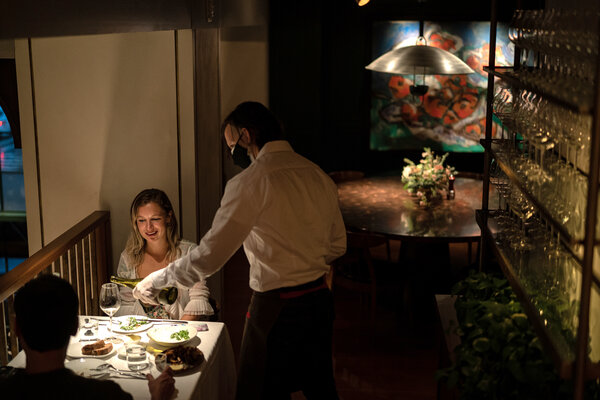 For New York City’s economy, the last 12 months have amounted to one long, brutal winter. The pandemic forced the shutdown of most of the city’s businesses, wiped out hundreds of thousands of jobs and kept away tens of millions of tourists.

By many measures, the nation’s biggest city suffered the greatest losses and faces one of the longest and steepest climbs back. Shows will not return to Broadway stages until after Labor Day, and many workers will not begin commuting to the office and buying lunch at the corner deli for months, if they return at all.

But for the first time since the city went on lockdown late last March, there are palpable signs of rebirth, fueled by a growing supply of Covid-19 vaccines and an impending gusher of federal aid to City Hall, the schools, the transit system, restaurants and theaters.

Shoots of the budding optimism pop up almost daily: The Mandarin Oriental Hotel overlooking Central Park called back workers for a reopening this week. Union Square Café, a popular Manhattan restaurant that had been closed for months, is feeding diners again. Fans were in the stands again when the Yankees opened their season in the Bronx on Thursday, though limited to one-fifth of the seats.

The city’s outlook has improved as result of the latest stimulus bill, financial analysts say, which included about $6 billion in direct aid to the city government, $6.5 billion to the Metropolitan Transportation Authority and $4 billion to the city’s public schools.

“There’s a lot of cash that’s going to come in fairly quickly here,” said Mark Zandi, chief economist at Moody’s Analytics. “It’s going to provide big pops to places that have been more or less shut down.”

The federal aid will help solve some of the city’s biggest short-term problems, including huge drops in revenue from property and sales taxes and fares that the M.T.A., which runs the subway, buses and two commuter rails, is heavily dependent on.

Still, the road to full recovery will be long and steep, business leaders and analysts say.

Entire industries, including the arts, hotels and restaurants, were decimated, with thousands of businesses closing for good. Tourism, a pillar of the economy, is years away from rebounding, according to forecasts. And many companies are making at least some remote work a permanent feature, raising questions about the future of Manhattan without legions of office workers.

“The city still has a ways to go,” said Ana Champeny, director of city studies for the Citizens Budget Commission. “You’ve got to get commuters back in Midtown and downtown, the business district. You’ve got to get restaurants and theaters reopened.”

The infusion of federal aid has provided some reason for hope.

The M.T.A. has gone from threatening to sharply reduce service and lay off workers to promising to restore 24-hour subway service, which was suspended during the pandemic.