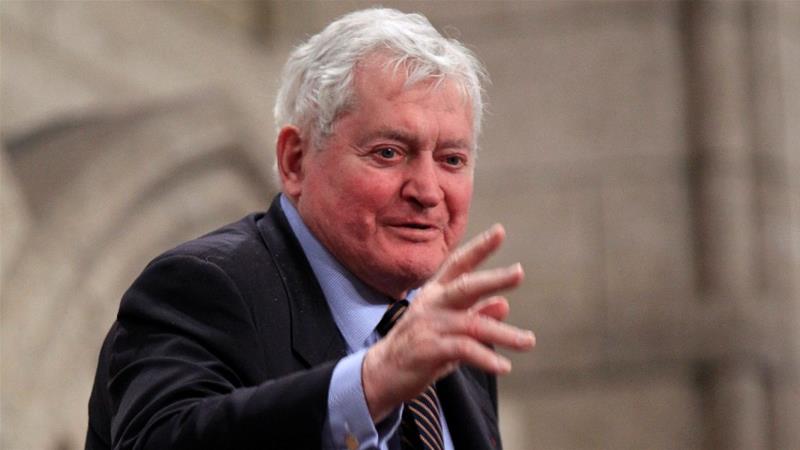 Former Canadian Prime Minister John Turner, who was in office for only 11 weeks in the 1980s, has died at age 91, Canadian media outlets reported on Saturday.

Turner served as the country’s 17th prime minister and, despite his short tenure at the helm of a Liberal Party government in 1984, he spent decades in Canadian federal politics.

Turner took over from Pierre Elliott Trudeau – current Prime Minister Justin Trudeau’s father – in late June 1984 at a time of increasing voter fatigue with the Liberals, who had been in power for 20 of the previous 21 years.

At that point, he had already held the posts of finance and justice minister.

But his 79-day tenure as prime minister was the second shortest in Canadian history. He resigned as Liberal leader in 1990 and was replaced by Jean Chretien, who led the party to victory in 1993.

On Saturday, legislators from across the Canadian political spectrum shared their memories of Turner, whom many described as being deeply devoted to the public service, and sent their condolences to his family.

Former Conservative Prime Minister Stephen Harper, who held the post from 2006 to 2015, said Turner “served his family and country with great dignity”.

“His legacy and commitment to public service will be remembered for generations,” Harper tweeted.

“Canada meant everything to him, and he will be remembered for his life-long & distinguished service to this country,” Baker wrote on Twitter, alongside an image of himself with the late former prime minister.

Deeply saddened to learn former PM John Turner has passed away. He was one of my first political role models. Canada meant everything to him, and he will be remembered for his life-long & distinguished service to this country. My sympathies to his family at this difficult time. pic.twitter.com/U1Mq6pX1ZE

Bob Rae, a longtime politician and now Canada’s ambassador to the United Nations, said Turner was many things – a lawyer, Rhodes scholar, athlete – but a “believer above all in the public service”.

“He cared deeply about this country and our democratic institutions. We must now all carry his torch as we build an even better Canada,” she tweeted.