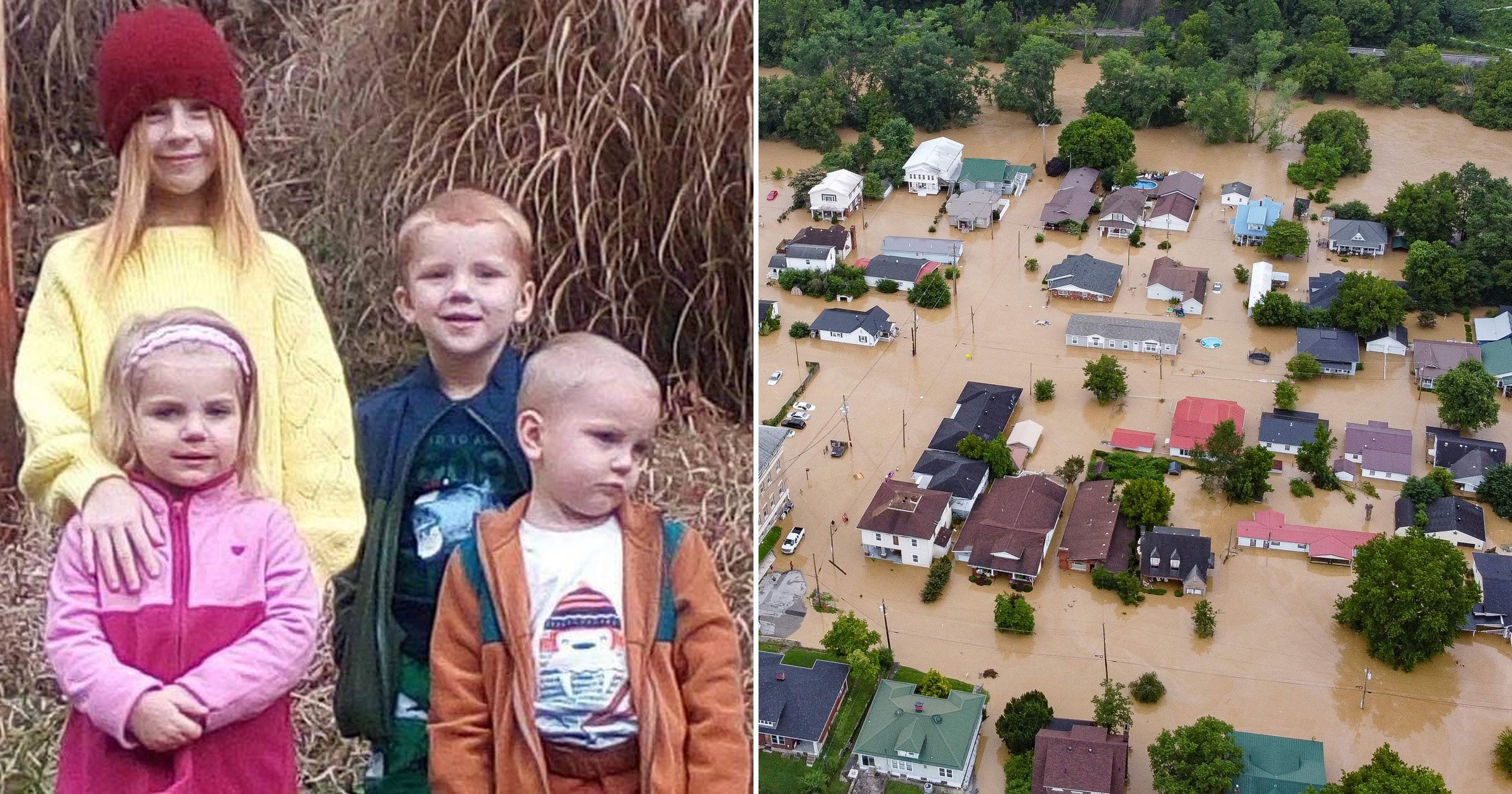 Devastating floods in eastern Kentucky have killed at least 28 people, including four young siblings who were swept away from their family’s home.

As water levels inside the house rose Thursday, parents Amber Smith and Riley Noble climbed to the roof with their children, Maddison, 8, Riley Jr, 6, Nevaeh, 4, and 18-month-old Chance.

Water continued to rise even after the family reached the roof, and the home was eventually ripped out from underneath them.

‘They got on the roof and the entire underneath washed out with them and the children. They managed to get to a tree and … held the children a few hours before a big tide came and wash them all away at the same time,’ Trejo said.

The parents, who survived, were then stranded in a tree for eight hours before help arrived.

Both parents survived after being stranded in a tree for eight hours. The bodies of Riley Jr and Naveah were found that same day, while Maddison and Chance were found Friday morning.

Governor Andy Beshear confirmed Sunday that the bodies of four children had been recovered.

Officials, who have called the historic flooding the worst the state has seen, warn the death toll will continue to rise.

‘We do know of additional bodies that have been recovered but we cannot confirm those deaths at this time,’ Beshear said in a video posted online.

Widespread damage across the eastern portion of the state has displaced thousands of people, many of whom have been without power since Wednesday when the flooding began.

Rainfall continues to soak the area Monday, when an additional two to four inches are expected to fall throughout the day.

Over 600 people have been rescued by aircraft and boat since the flooding began, though the rain’s persistence means rescue missions will continue for the coming weeks, according to Beshear.

The National Weather Service has forecasted several rounds of showers and storms in the region lasting through Tuesday.

President Joe Biden on Friday declared a major disaster in Kentucky, which will allocate federal funding to the state as it recovers from the devastation.