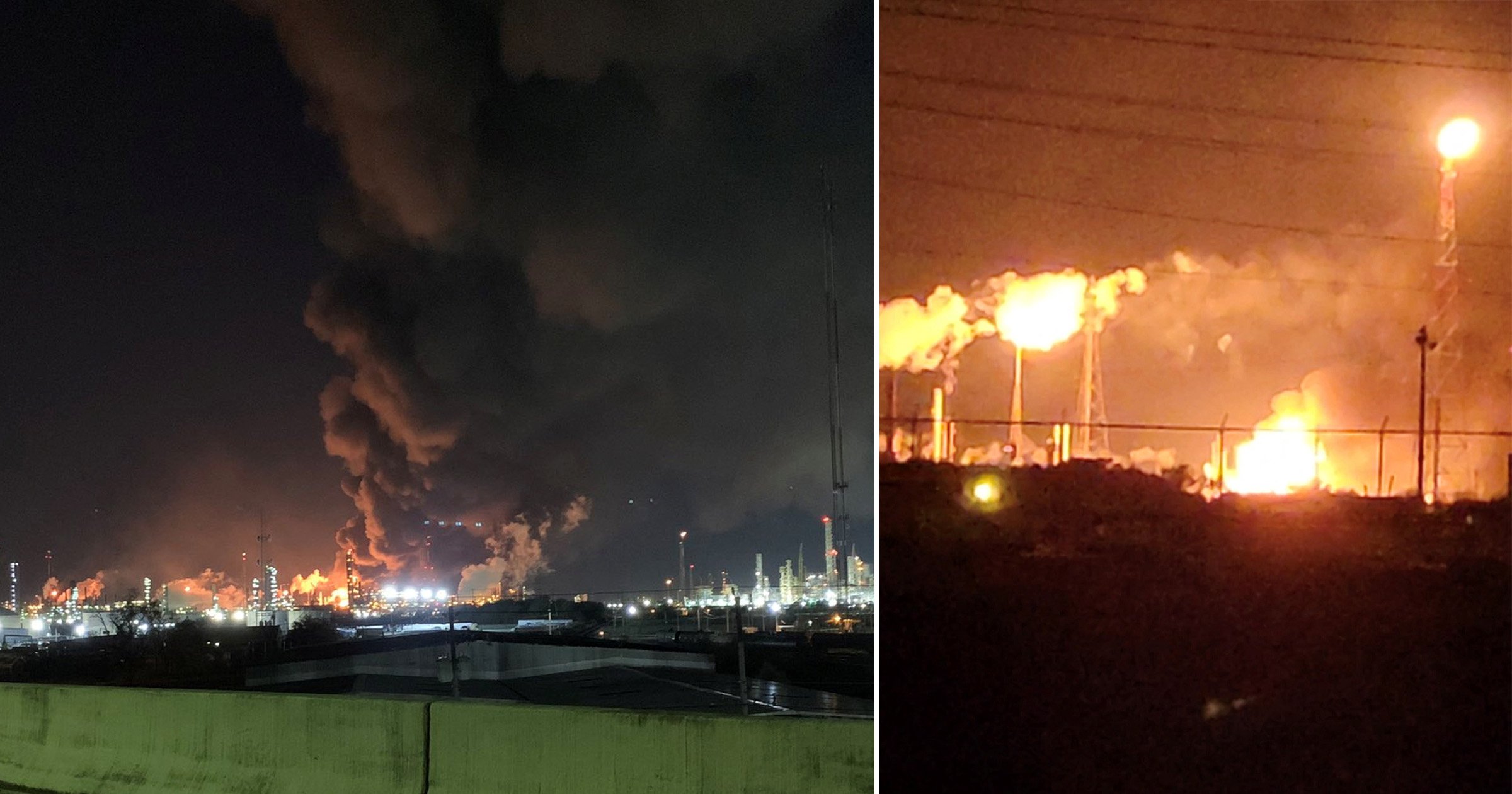 A fire that erupted at an Exxon Mobil oil refinery in Texas left four people injured following what officials and locals say may have been an explosion.

At least three people were transported from Baytown, Texas to a nearby hospital by air ambulance while a fourth was taken by an ambulance, officials said.

There were no fatalities in the accident, and those who were injured are reportedly in stable condition.

The injured were contractors who had been working to repair a leak, Harris County Sheriff Ed Gonzalez said on Twitter.

Gonzalez said initial reports suggested that “some type of explosion” had occurred inside the plant.

Gonzalez said initial reports had indicated that there had been some type of explosion at the plant. Social media users said on Twitter that a blast shook buildings in the area.

He said that ‘for now’ there were no indications that nearby residents would need to evacuate the area or shelter-in-place.

All other personnel were accounted for, Exxon said in a statement.

The fire had been put out by roughly 10am, several hours after it began to spread through the facility.

The plant is one of the largest refining and petrochemical facilities in the US.

During a news conference, an Exxon official said that the fire had taken place in a unit that produces gasoline.

People familiar with the Baytown plant operations told Reuters that the fire occurred in a hydrotreater unit at the refinery, which had been shut down on Wednesday due to a bypass line leak.

That particular Exxon plant houses a chemical plant, an olefins plant and the country’s fourth-biggest oil refinery, which has the ability to process 560,500 barrels of crude oil per day.

It’s unclear whether any of these units will be shut down following the fire.

The facility spans about 3,400 acres along the Houston Ship Channel, about 25 miles (40km) east of Houston, and employs about 7,000 people.

Rohan Davis, a refinery manager at the ExxonMobil site, was unable to confirm during a 5.30am news conference whether an explosion had occurred.