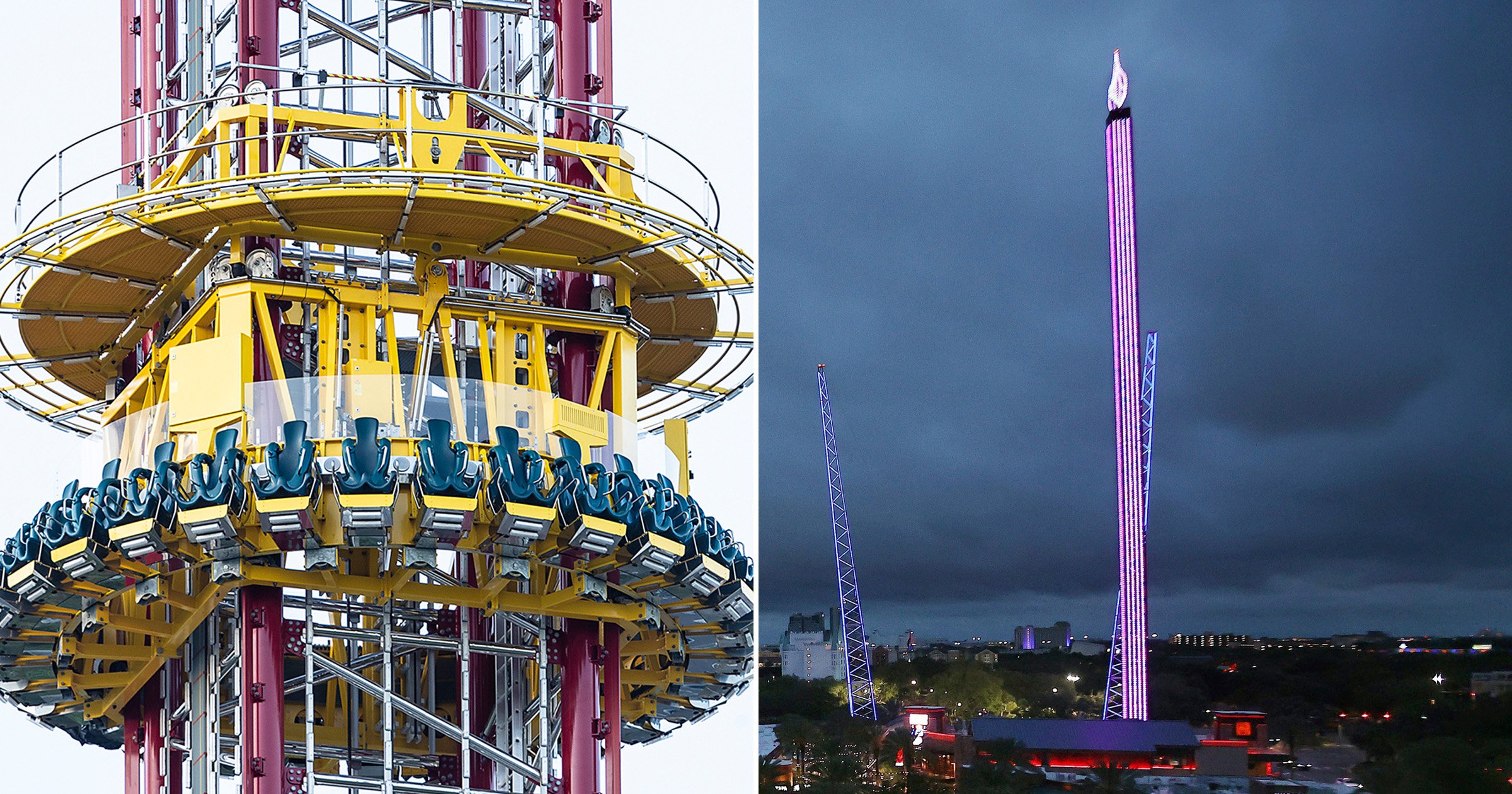 A 14-year-old boy from Missouri fell to his death from an amusement park ride in Orlando, Florida, authorities said.

Sampson was visiting ICON Park in Orlando’s tourist district from Missouri. Emergency crews responded to a call late Thursday at the park on a call that someone fell from the Orlando Free Fall ride, which opened late last year, according to NBC News.

The teen was taken to a hospital where he died, sheriff’s officials said.

‘It appears to be a terrible tragedy,’ the sheriff said. ‘Our prayers and thoughts are with the family. We can’t imagine what they’re going through.’

The investigation into the tragic death is still in its early stages, according to Mina. No charges have been filed and investigators are still looking to determine how the boy fell to his death. The sheriff’s office will determine if Sampson’s death was an accident.

The state’s Department of Agriculture and Consumer Services will determine whether the ride’s safety was compromised.

A video shown on NBC’s Today show Friday morning shows passengers on the ride discussing problems with a seat restraint Thursday night. The ride then began its trek up the tower before someone is later seen falling from the ride.

‘Words can’t say how we feel,’ said John Stine, the director of sales and marketing for the Slingshot Group of Companies, the owner and operator of the ride. ‘Our hearts go out to the family of this young man and that’s all we can say at this time.’

The Orlando Free Fall ride, where the tragic incident occurred, is a free-standing drop tower standing 430 feet tall. It can carry up t 30 passengers at once, according to ICON Park’s website.

‘We operate the ride with all the safety precaution in mind,’ Stine said, noting that the boy was secured in a safety harness at the time of the incident.