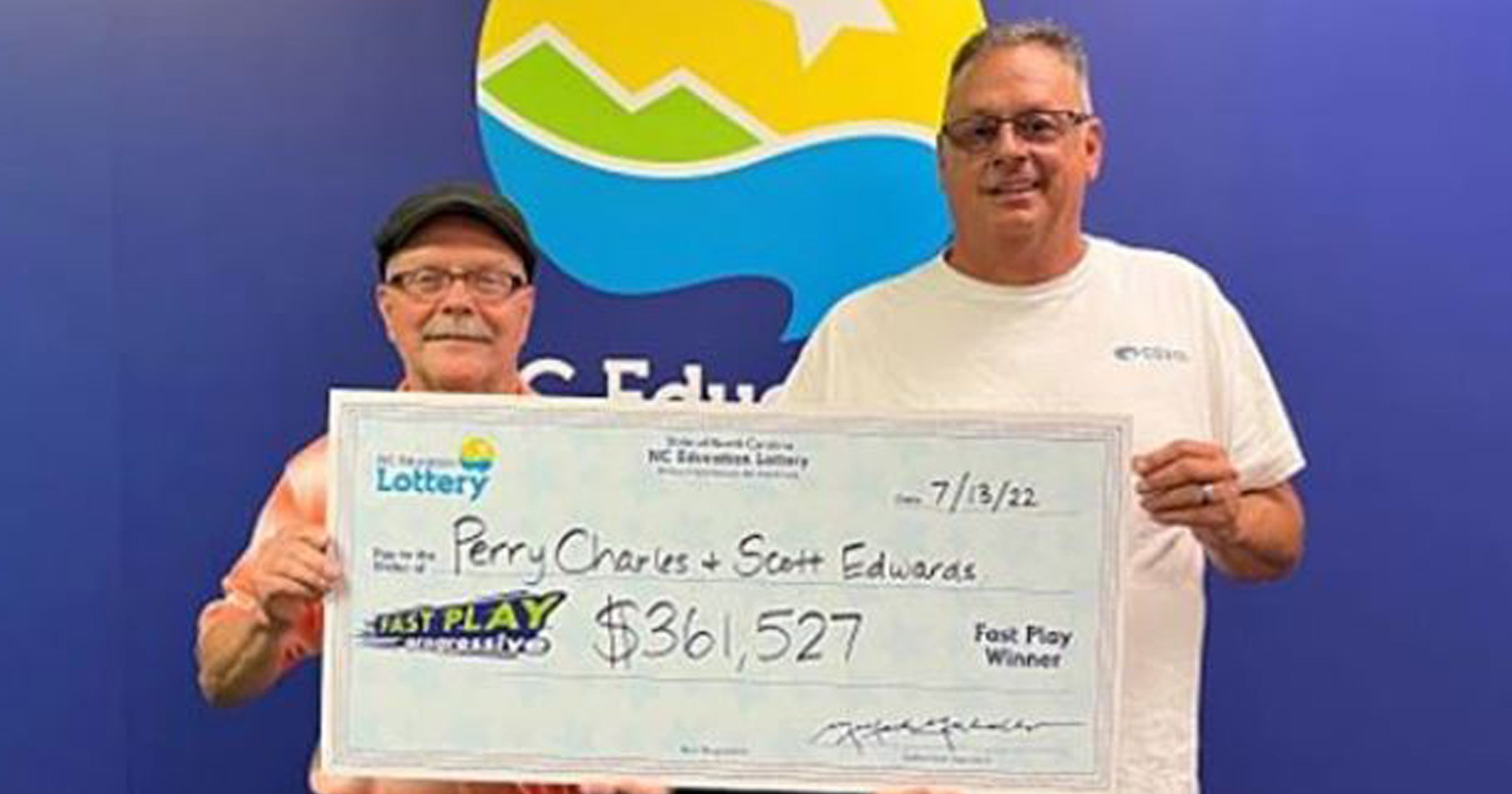 Longtime friends who made a pact to split any big lottery wins made good on that promise when one of them won a $361,527 Fast Play jackpot.

Scott Edwards was shocked to learn that his friend of 35 years, Perry Charles, had not only won the lottery – but remembered their pact to split any big lottery prizes, according to the NC Education Lottery.

‘I looked at the amount you could win and thought to myself, “Man, I want this!”‘ Charles recalled. He immediately called Edwards after realizing he’d won.

‘I was lost for words,’ Edwards said. ‘I was kind of in shock too because to me that’s a lot of money to win. And I know that anything he says is just the truth. So, I knew when he told me that he wasn’t pulling my leg.’

‘He’s what you call a true friend. Kinda like family,’ Edwards added.

The two men, who met while working at a Winn-Dixie supermarket, recalled their friendship as they went to go cash in on their winnings.

‘He was my boss!’ Edwards said. ‘We always talked about if we would hit something big, it didn’t matter if we went in together to get the ticket or if we got it separate, we were gonna share it with each other.’

Charles had purchased a $5 Double Win ticket from the Mast Food Mart on Old US 64 East in Lexington, South Carolina. At the time he bought the ticket, the Fast Play jackpot stood at a record $723,054. The $5 ticket receives 50 percent of the jackpot total, and the odds of winning the jackpot are 1 in 320,000.

The two men collected their prize on Wednesday. After federal and state tax withholdings, each received $128,361.

Both Edwards and Charles said they looked forward to paying off some bills with the extra cash.

The game they won, the Fast Play rolling jackpot, grows with every ticket purchased. Once its won, the game starts over at $20,000.