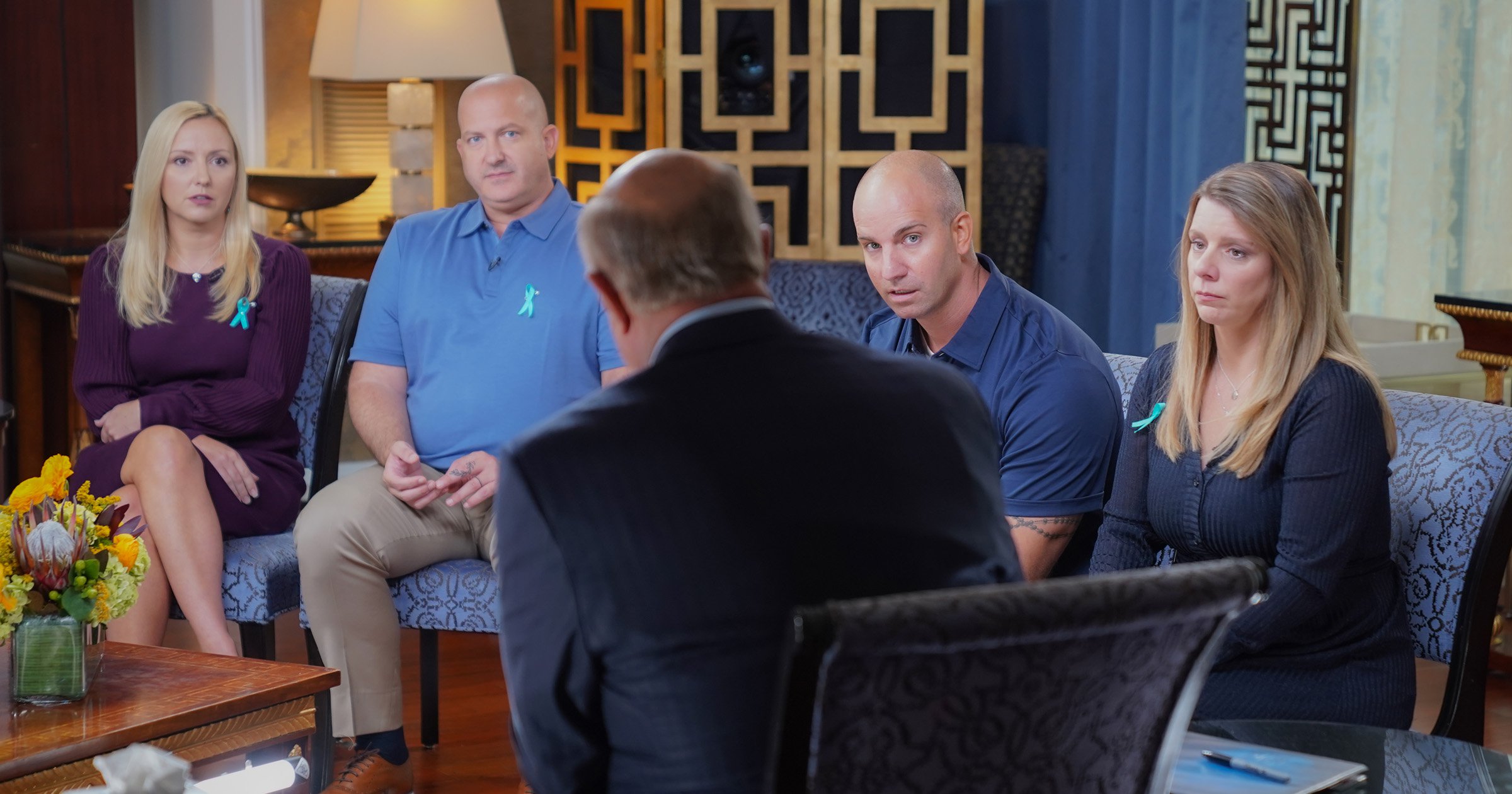 The parents of Gabby Petito have struck a harsher tone toward their late daughter’s fiancé Brian Laundrie, who is the only person of interest in her death and remains missing.

Petito’s parents and stepparents had refrained from addressing Laundrie, but as the search for him enters the third week, her father Joe Petito did not hold back with his attack against him and his parents.

In a pre-taped interview with Dr Phil airing Tuesday, Joe said he believes Brian is still alive because ‘he is too cowardly to kill himself’, the Daily Mail reported.

‘Anyone who lived in that house is a coward,’ said Joe, raging against Brian’s parents Chris and Roberta, who are hiding out in their North Port, Florida home as protesters line their street daily.

He added: ‘They don’t know how to stand up for their actions.’

Petito’s parents and stepparents are pleading for Laundrie to turn himself in to authorities as they cope in a situation that ‘feels like a bad soap opera’.

Her entire family ripped the Laundries, including Petito’s stepfather Jim and mother Nichole Schmidt, who revealed they tried calling and texting Chris and Roberta in early September when they failed to hear from their daughter. The Laundries never replied.

‘We actually thought they were both missing at that time,’ Joe said.

In one of the messages, Joe wrote: ‘I’m going to call the police, just letting you know, because we have no idea.’

‘A normal parent when you text someone that (you) are going to call the cops because you can’t find your child, they would reply,’ Joe said. ‘No response. Nothing.’

Laundrie’s parents were entirely unresponsive, according to Nichole, who with tears in her eyes admitted she ‘felt in her heart’ that her daughter was dead when she learned that Laundrie arrived at his parents’ house alone in her car.

‘I didn’t want to admit it, but I felt it at the night I found out the van was in Florida, on (September 11),’ Nichole said. ‘I felt in my heart that she was gone.’

In describing the Laundrie family, Jim called them pitch ‘black’, meaning the opposite of transparent. He accused them of withholding information he and his family were desperately trying to find as they searched for their missing daughter.

Jim also revealed he was the one to identify Petito’s body, which was found in Bridger Teton National Forest in Wyoming last month.

Police showed Jim an article of clothing that he identified as one of her favorite sweatshirts from a local New York shop.

‘We knew it was hers,’ he said, adding that letting the rest of the family know was ‘the hardest call’ of his entire life.

‘It was the hardest thing I ever had to listen to,’ Nichole added.

When Dr Phil asked if the family had any words for Laundrie, they all said: ‘Turn yourself in.’

‘If you truly loved her, you should turn yourself in,’ Petito’s stepmother Tara Petito said.

Richard Stafford, the Petito family’s attorney, also urged the Laundries to fully cooperate with law enforcement and reiterated the family’s plea for Laundrie to turn himself in.

‘He can’t change what he did back in Wyoming, but he can change his actions now,’ Stafford said.

The second part of the interview with Dr Phil interview is scheduled to air on Wednesday.

Strictly : Katya is dressed as a T-Rex to cheer up Adam We use your sign-up to provide content in ways you’ve consented to and…