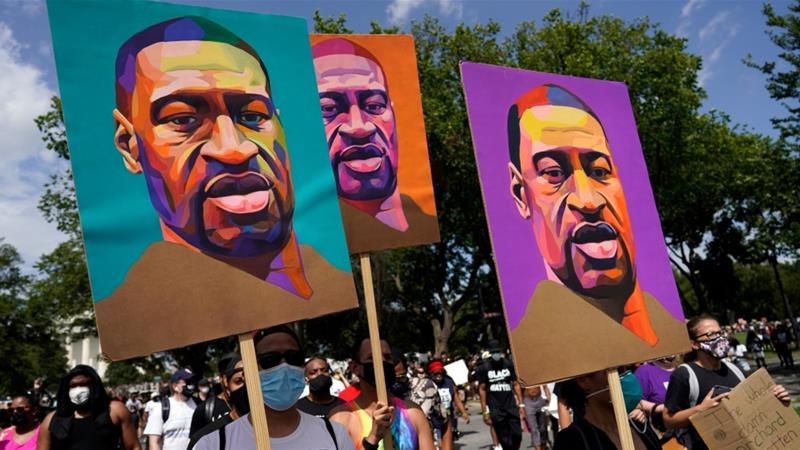 Minnesota state prosecutors have filed a motion to seek longer sentencing beyond the current state guidelines for the four officers involved in the death of George Floyd.

The 46-year-old died after police office Derek Chauvin knelt on his neck for nearly nine minutes during an incident in Minneapolis on May 25.

Video recordings of Floyd telling the officers he could not breathe before going silent have sparked national and international condemnation and protests against racial injustice and police brutality.

The reasons given by prosecutors to justify the longer sentencing include that Floyd was “particularly vulnerable” because he was already handcuffed and had been placed “chest down on the pavement”.

They also said the fact that officers did not respond to Floyd’s pleas that he could not breathe represented “particular cruelty”, that the officers abused their authority, that they acted in a group, and that they “committed the crime in the presence of multiple children”.

In a separate court filing, lawyers for Chauvin called for the second-degree murder charges against the former police officer to be dismissed.

In the documents filed on Friday, Chauvin’s lawyers argued there was not enough evidence to prove the officer intended to kill Floyd.

In the court filings, the defence lawyers also charged that Floyd died from an overdose of fentanyl combined with other drugs and pre-existing health conditions, not from Chauvin’s actions, while adding that Chauvin was following police training during the death.

“What Mr Chauvin saw was a strong man struggling mightily with police officers, which seemed contradictory to Mr Floyd’s claims about not being able to breathe,” said the filing.

“Mr Chauvin could not have known about Mr Floyd’s underlying issues when he arrived on the scene,” said the filing, which cited a June autopsy report conducted by the Hennepin County Medical Examiner and a conversation between the medical examiner and the prosecutors in support of the claim.

In a statement for the Wall Street Journal, Ben Crump, a lawyer representing the Floyd family, called the request for dismissal a “desperate attempt with charlatan tactics” and cited the results of an independent autopsy requested by the family that showed the cause of death to be “asphyxia from the compression of his neck and back”.

Chauvin’s lawyers also argued that a fair trial could not be held in the Twin Cities Metropolitan Area, which includes Minneapolis and Saint Paul, as the “jury pools have surely been tainted” by local and international coverage of the protests, “riots and lootings” in the area following Floyd’s death.