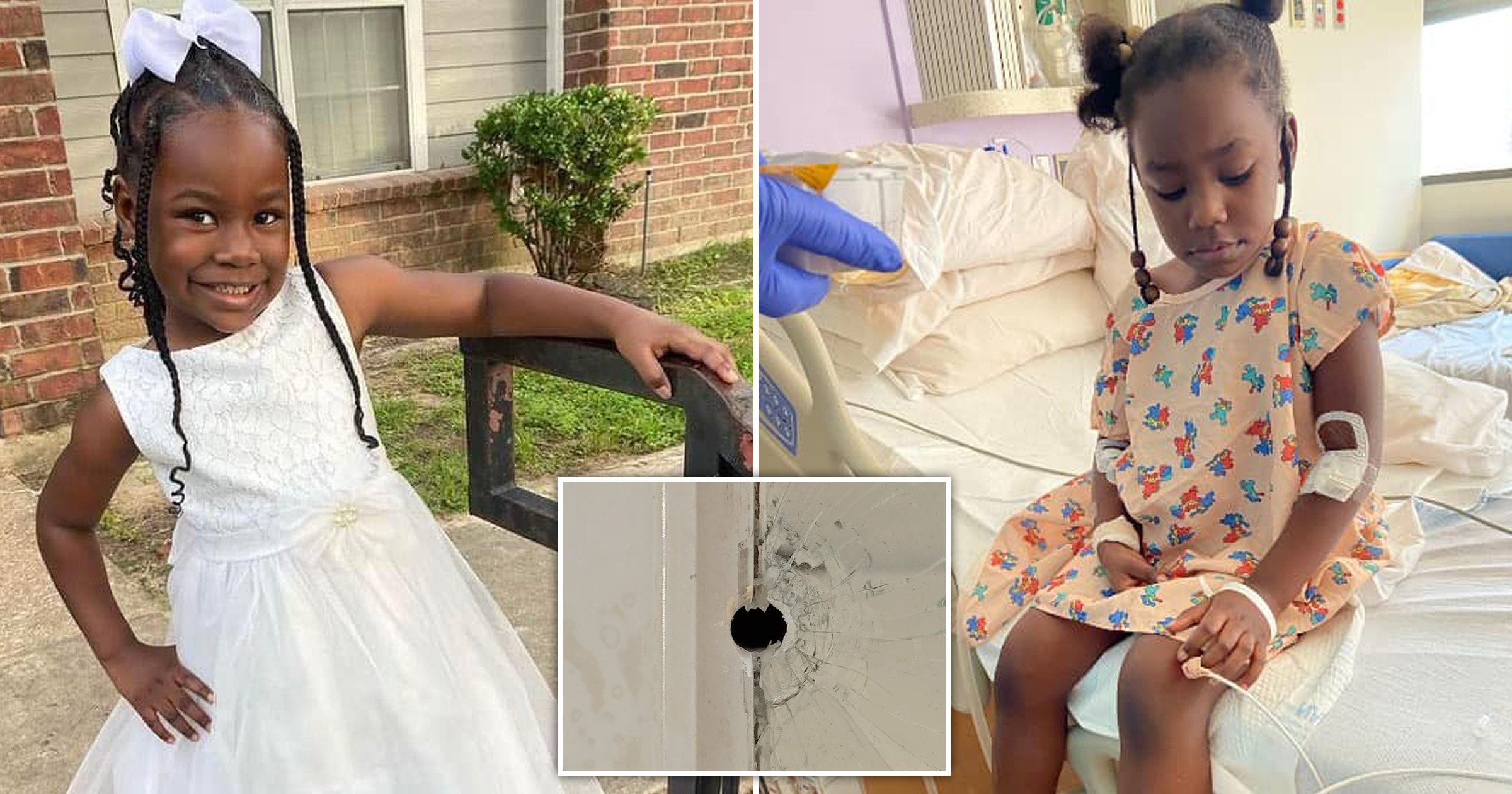 The four-year-old great-niece of George Floyd was shot as she lay in bed in the middle of the night at her family home.

Arianna Delane suffered a punctured lung and liver and was left with three broken ribs at around 3am on New Year’s Day.

She is expected to survive her injuries, but her mum had to drive her to hospital where she underwent surgery.

Police are yet to reveal a motive or a description of the assailant, but the family say they know who’s responsible.

They suggested the shooting in Houston, Texas, was targeted, without commenting any further on the reason behind it.

Police didn’t arrive at the scene until 7am – four hours after the attack – according to the family.

When the gunman opened fire there were four adults and two children inside the home.

Arianna was sleeping in a bedroom at the front of the house when shots were fired at the second floor.

‘My daughter jumped up and said, “Daddy, I been hit,” her dad, Derrick Delane told ABC 13.

‘I was shocked until I seen the blood and I realised my four-year-old daughter was really hit. She didn’t know what was going on. She was asleep.

‘Why would my house get shot up? My daughter don’t know. I can’t explain that to her. As the father, you’re supposed to protect the kids.’

Derrick said his daughter is ‘healing very fast’ and was ‘doing really great’ as she recovers in hospital.

He said he hopes her injuries won’t stop her from achieving her dream of becoming a cheerleader or dancer.

An investigation into why the police’s response was so delayed is now being carried out.

In a statement, Houston Police Chief Troy Finner said: ‘I am aware and have concerns regarding the delayed response time in this incident and have initiated an Internal Affairs investigation.

‘I ask the city continue to pray for the child’s full recovery and assist in providing information that would lead to the arrest of the suspect or suspects responsible.’

On May 25, 2020, George was arrested and pinned down to the ground for allegedly attempting to use a counterfeit $20 bill to buy cigarettes at a grocery store.

Harrowing video footage shows Chauvin kneeling on his neck for more than nine minutes while he cries out ‘I can’t breathe’ over and over.

These words became the rallying cry of protesters around the world, as George’s death triggered a wave of anti-racism demonstrations.

Three other officers who were there at the time, Tou Thao, Thomas Lane, and J Alexander Kueng, were fired from the police department after doing nothing to intervene.