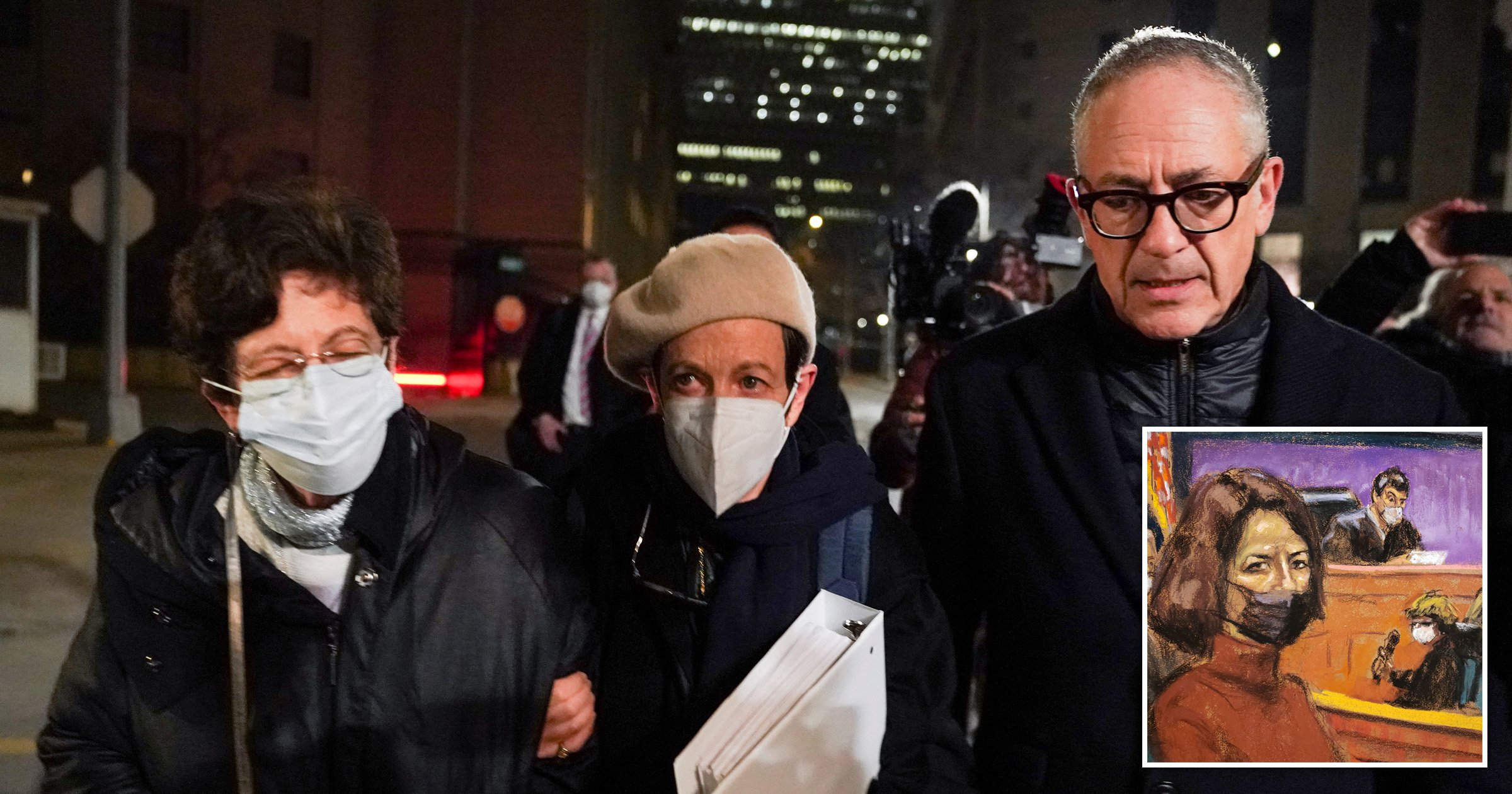 Ghislaine Maxwell’s family said they have started the appeal process against her conviction for luring young girls for disgraced financier Jeffrey Epstein to molest.

The 60-year-old, who was labelled ‘dangerous’ by the prosecution, faces the rest of her life in jail for helping to entice vulnerable teenagers to Epstein’s various properties for him to sexually abuse between 1994 and 2004.

On Wednesday, she showed little emotion as she was convicted on five of the charges after a three-week trial in New York.

In a statement Maxwell’s brother Kevin said: ‘We believe firmly in our sister’s innocence – we are very disappointed with the verdict.

‘We have already started the appeal tonight and we believe that she will ultimately be vindicated.’

But Lisa Bloom, who represents a number of Ghislaine Maxwell’s and Jeffrey Epstein’s accusers, said she does not see ‘any chance’ of Maxwell’s legal team successfully appealing against the verdict.

The prosecution’s case focused on the evidence of four women who said they were abused by Maxwell and Epstein.

Jane is a television actress; Kate a former model from the UK and Carolyn a mother and recovering drug addict.

The fourth was Annie Farmer who used her real name.

The defendant also asked Ms Farmer to undress for a massage and left her ‘frozen’ after rubbing her breasts.

The court in the Southern District of New York heard Maxwell imposed a ‘culture of silence… by design’ at Epstein’s properties, where staff were told to ‘see nothing, hear nothing and say nothing’.

While the ‘horrific abuse’ was going on, the jury was told how the socialite defendant lived a ‘life of luxury’, with the prosecution describing the trafficking as a ‘means to support her lifestyle’.

With the fortune he made from his financial dealings, Epstein and Maxwell lived jetted around the world and lived at the millionaire’s many properties while bragging about being friends with high-profile figures, including former US president Donald Trump.

Maxwell’s friends also included royalty. She had known the Duke of York since her days at university and introduced Andrew to Epstein.

Maxwell was found not guilty of enticing a minor to engage in illegal sex acts – which alleged the defendant coerced ‘Jane’, to travel from Florida to Manhattan so that Epstein could have sex with her.

The court heard how Maxwell flew on Epstein’s private planes to his properties where the abuse would happen – including a ranch in Santa Fe, New Mexico, his house in Palm Beach, Florida, his townhouse in New York and his private island called Little Saint James.

The trial also heard how she told Carolyn that she had a ‘great body for Epstein and his friends’.

Jurors also heard how Carolyn had been introduced to Epstein and Maxwell through Duke of York accuser Virginia Roberts, also known as Virginia Giuffre, and that she had been in the same room while Epstein and Ms Roberts had sex.

Kate said she had a schoolgirl outfit laid out for her by Maxwell before a sexualised massage with Epstein.

Ms Farmer told jurors she was left ‘frozen’ when the socialite asked her to undress for a massage and rubbed her breasts.

Maxwell’s defence counsel had attempted to distance her from Epstein, but a series of photographs issued in evidence showed the close relationship the pair had, including one which appeared to show Maxwell and Epstein relaxing at a log cabin on the Queen’s Balmoral estate

Reacting to the verdict, Ms Farmer’s sister Maria Farmer said both of them were ‘sobbing with joy’.

Ms Roberts said she had ‘lived with the horrors of Maxwell’s abuse’ and commended the four women who testified during the trial.

She added: ‘I hope that today is not the end but rather another step in justice being served. Maxwell did not act alone. Others must be held accountable. I have faith that they will be.’

Epstein was found dead in his cell at a federal jail in Manhattan in August 2019 while he awaited trial on sex trafficking charges. The death was ruled a suicide.

Maxwell, who has been held in a US jail since her arrest in July last year, will be sentenced on a date yet to be confirmed.

The maximum prison terms for each charge range from five to 40 years. She still faces trial on two counts of perjury.