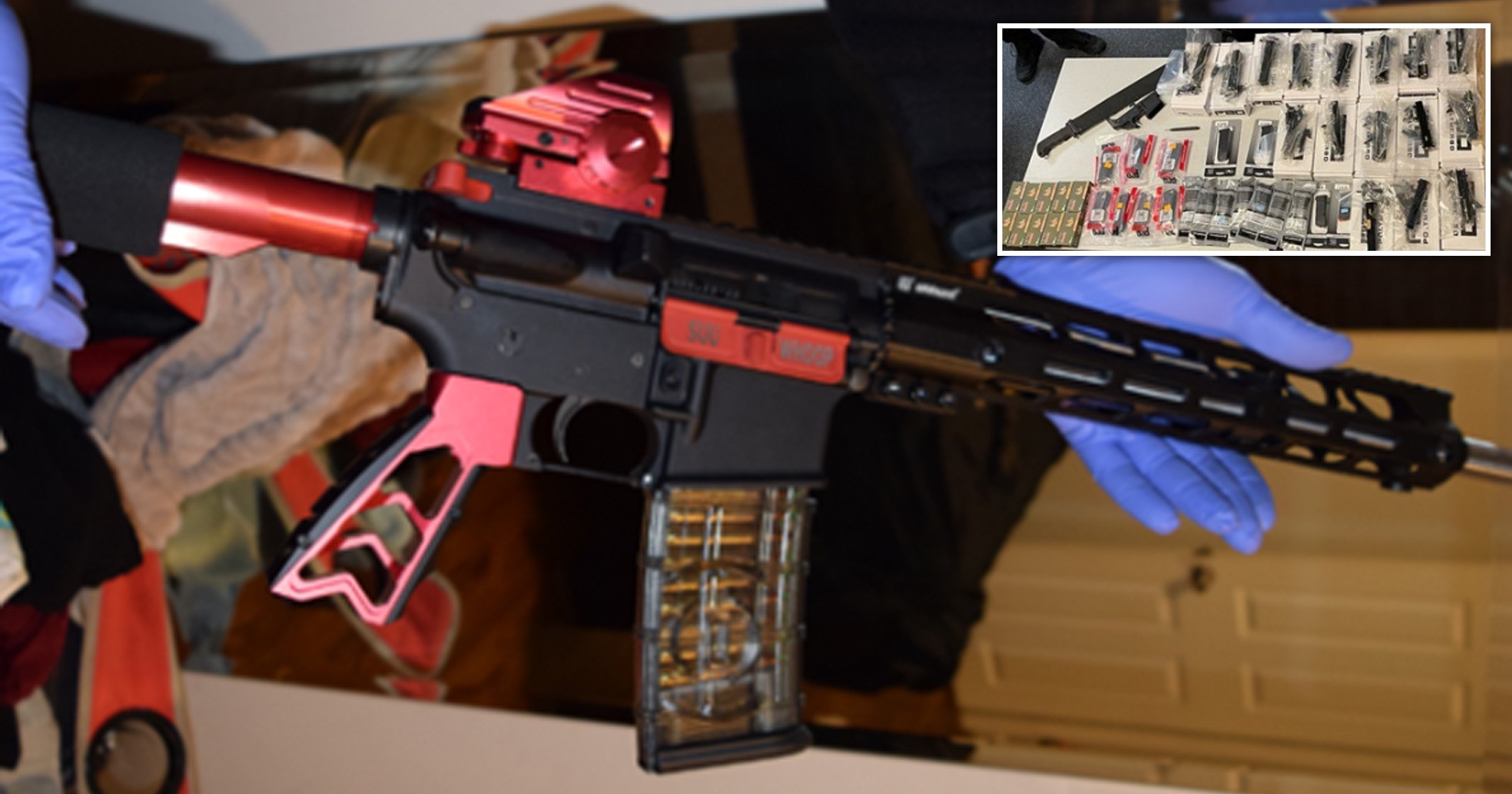 A man who allegedly supplied so-called ‘ghost guns’ in New York City made a custom AR-15 rifle with gang slogans and had parts to build a flamethrower.

Melvin Burroughs, 35, was indicted by the US Attorney’s Office for the Southern District of New York on Thursday for trafficking firearms, conspiring to traffic firearms and being a felon in possession of ammunition.

He was arrested by federal authorities from the Bureau of Alcohol, Tobacco, and Firearms while allegedly transporting some of the weapons across state lines.

Burroughs was first arrested in March 2021 after a shooting incident at his home in Ansonia, Connecticut. Burroughs fired five rounds in broad daylight as two men approached his house, according to surveillance footage.

Ansonia Police searched his home the day after the incident. During the search, police found a custom-built black and red AR-15 inscribed with the phrase ‘SUU WHOOP’, which prosecutors say is a gang call out for the Bloods street gang.

They also recovered two completed Glock-style handguns made with custom ‘ghost gun’ parts and a .50 caliber Desert Eagle that was reported stolen in Georgia.

The search also turned up a large stockpile of ammunition, the tools for building ghost guns and the parts to assemble a flamethrower.

New York has seen an uptick in these custom built weapons, according to the NYPD. Earlier this year, a ghost gun was used to kill 16-year-old innocent bystander Angellyh Yambo in the Bronx.

Burroughs was released on bail, but was arrested again on January 8, 2022, in Westchester County, New York. Burroughs was returning from a gun show in Pennsylvania, according to the indictment. In his possession were kits to build 17 ghost guns, two completed lower receivers for AR-15s, 15 extended magazines, and an 18-inch machete.

After getting warrants to search his cellphones, authorities determined that Burroughs had been selling ‘ghost guns’ in New York since 2019.

‘The evidence shows that Burroughs’ gun trafficking business involves purchasing ghost gun parts online or at gun shows, building the ghost guns at his home, and then selling the completed firearms,’ the US Attorney’s office said.

‘This case sends a clear message to those who seek to produce ghost guns for the criminal marketplace,’ stated ATF Special Agent John B DeVito.