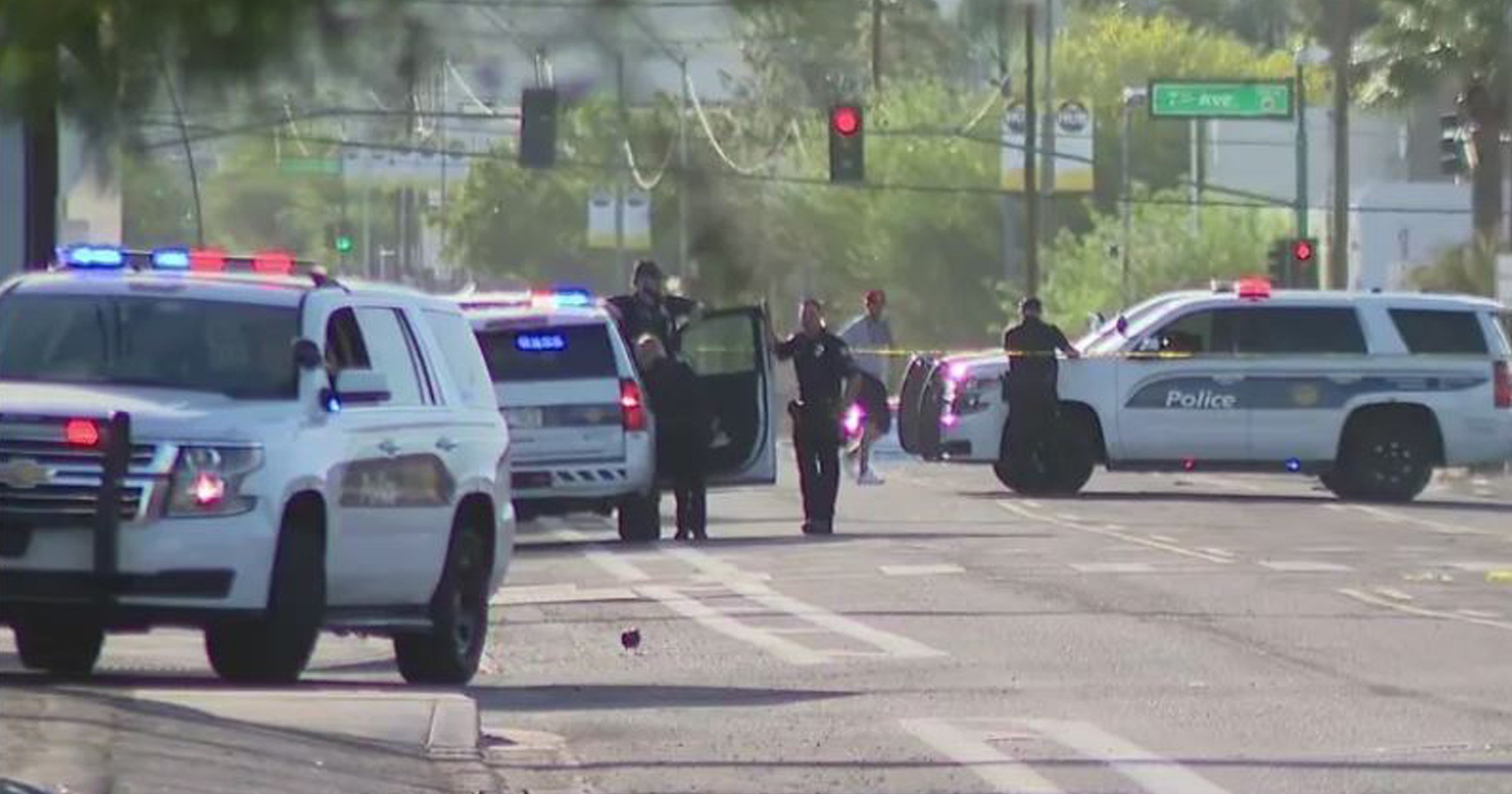 A 14-year-old girl has died and eight people have been injured after a shooting in Phoenix, Arizona.

Police say ‘many rounds’ were shot across a crowd after an argument arose at ‘some sort of party’.

The suspect is still at large.

Sergeant Andy Williams told reporters nine people were rushed to hospital after the mass shooting, which took place at 1am at a strip mall in north-west of central Phoenix.

The 14-year-old girl died after being taken to the hospital.

One witness told ABC15: ‘I heard over a hundred gunshots going off.

‘A group of people just started running in every direction. I, myself, was like hiding behind cars as the shots kept getting closer and closer.’

Those injured range in age from 17 to 24-years-old.

In an interview posted by ABC 15, Sergeant Williams said no suspects were immediately identified and no arrests have been made.

He added it appeared that a handgun was used after an argument erupted among those gathered for what he termed ‘some sort of party’.

‘Many rounds were shot into this crowd of people as everyone fled the area,’ he said.

The shooting happened about an hour after police reported that a teenage boy was shot and killed outside his home about three blocks away.

It was not immediately clear if the two shootings were related.

Phoenix Mayor Kate Gallego responded to the shooting on Twitter, saying: ‘Seems we can’t go a day without another mass shooting.’

There have been more than 200 mass shootings in America so far this year, with the number steadily rising week on week.

The recent massacre at Robb Elementary School in Uvalde, Texas, which claimed the lives of 19 children and two adults, was the 222nd.

It was also the third deadliest shooting overall in America in the last decade.

Connecticut senator Chris Murphy, who came to Congress representing Sandy Hook, is among the American politicians begging for gun reform.

‘Just days after a shooter walked into a grocery store to gun down African American patrons, we have another Sandy Hook on our hands. What are we doing?’

‘As the kids run for their lives, we doing nothing. What are we doing? Why are you here if not to solve a problem as existential as this?

‘This isn’t inevitable. These kids weren’t unlucky. This only happens in this country and nowhere else.’