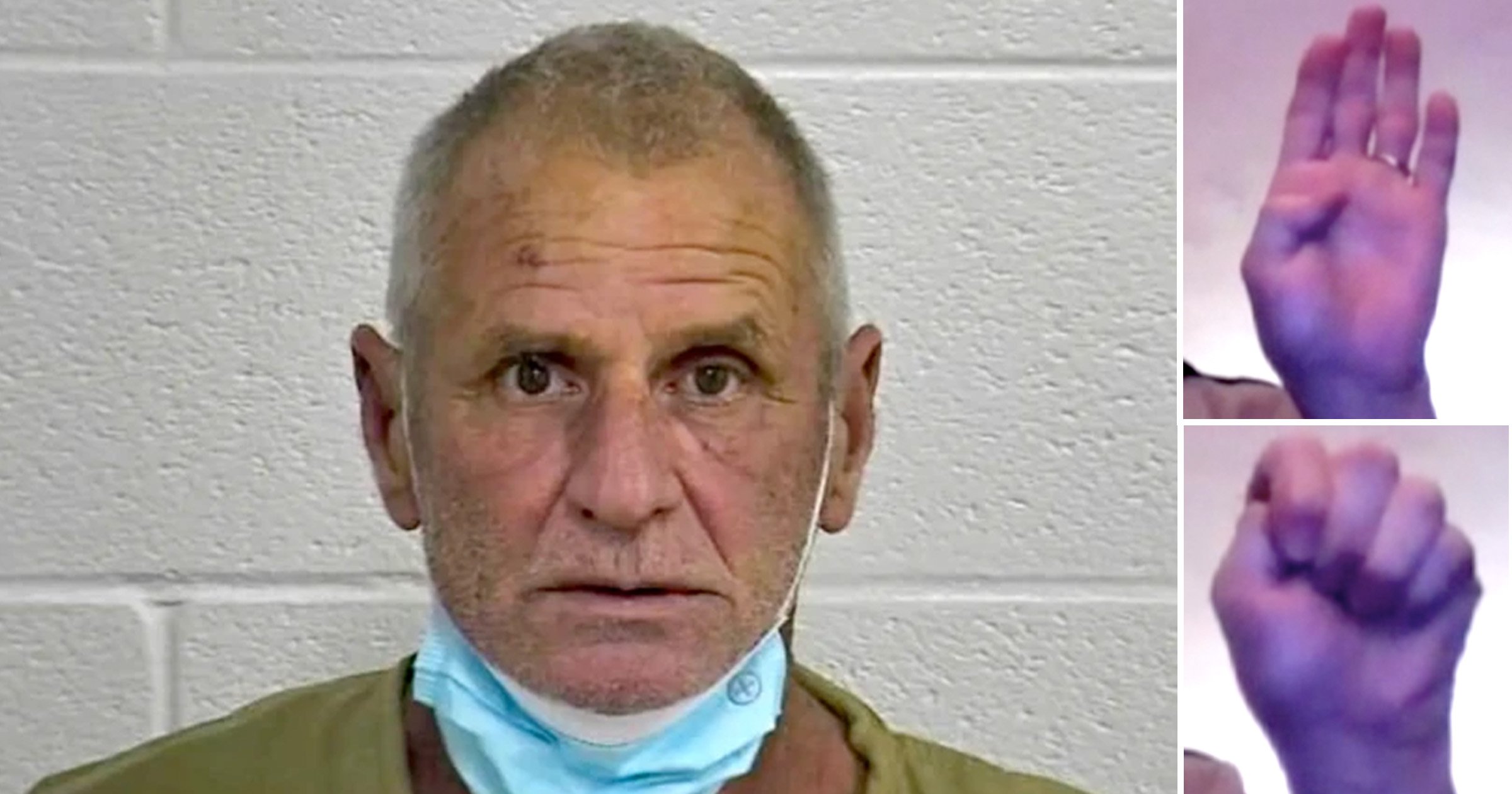 A teenager allegedly kidnapped by a 61-year-old man has been rescued after a driver saw her using hand signals that went viral on TikTok to show she was in danger.

The 16-year-old girl, who has not been named, was reported missing by her parents in the US state of North Carolina, on Tuesday.

A motorist unaware of her identity saw the girl making the gesture inside a silver Toyota which had stopped at a set of lights near London, Kentucky, around 200 miles from her home, the county sheriff said.

Recognising the gesture as a discreet ‘I need help’ signal developed for victims of domestic abuse, the driver called 911.

James Herbert Brick, of Cherokee, North Carolina, was arrested on Thursday afternoon while driving near an interstate motorway in Kentucky.

The missing teenager was found in his car, Laurel County Sheriff John Root said in a statement.

She told detectives she had travelled with Brick from North Carolina through Tennessee, Kentucky and Ohio, where he had relatives.

Sheriff Root added: ‘When the male subject’s relatives realized that the female in his custody was under age and reported missing, the accused left Ohio traveling southbound and the female juvenile then began attempting to get motorists attention to call 911.’

His deputy, Gilbert Acciardo, told local media she had initially gone willingly with the suspect but ‘started fearing for her life’.

Brick has been charged with first-degree unlawful imprisonment as well as possessing images showing a ‘sexual performance by a minor over the age of 12 but under age 18’ on his phone.

He remains in custody in Laurel County while authorities in North Carolina and Kentucky as well as the FBI continue to investigate the matter.

The gesture was developed by the US-based Women’s Funding Network and the Canadian Women’s Foundation in the early stages of the pandemic in response to a global rise in domestic violence linked to lockdown.

A number of posts went viral on TikTok last year demonstrating the signal, which involves putting one palm up before tucking the thumb in and closing the fingers around it.

Some advocated its use in the UK after the murder of Sarah Everard renewed debate over women’s safety.

Campaigners suggest it can allow victims to silently alert others to their situation during video calls, social gatherings or when answering the door.

A growing number of British police forces support the ‘Ask for Angela’ scheme in venues such as pubs and nightclubs, encouraging people who feel unsafe to indirectly ask staff to alert the authorities by using a discreet code word.