Police used pepper spray on a nine-year-old girl who said she was suicidal after an argument with her parents.

Officers say they were told by the girl’s mum that she was suicidal, and wanted to harm herself and others.

Rochester mayor Lovely Warren said: ‘I’m very concerned about how this young girl was handled by our police department.

‘It is clear from the video we need to do more in support of our children and families.’

Police released two bodycam videos of what happened, with the first showing officers looking for her after she had reportedly run out of her house.

They caught up with the girl and asked her not to run away from them – before she alleged her mum stabbed her dad while the pair were fighting on the porch. 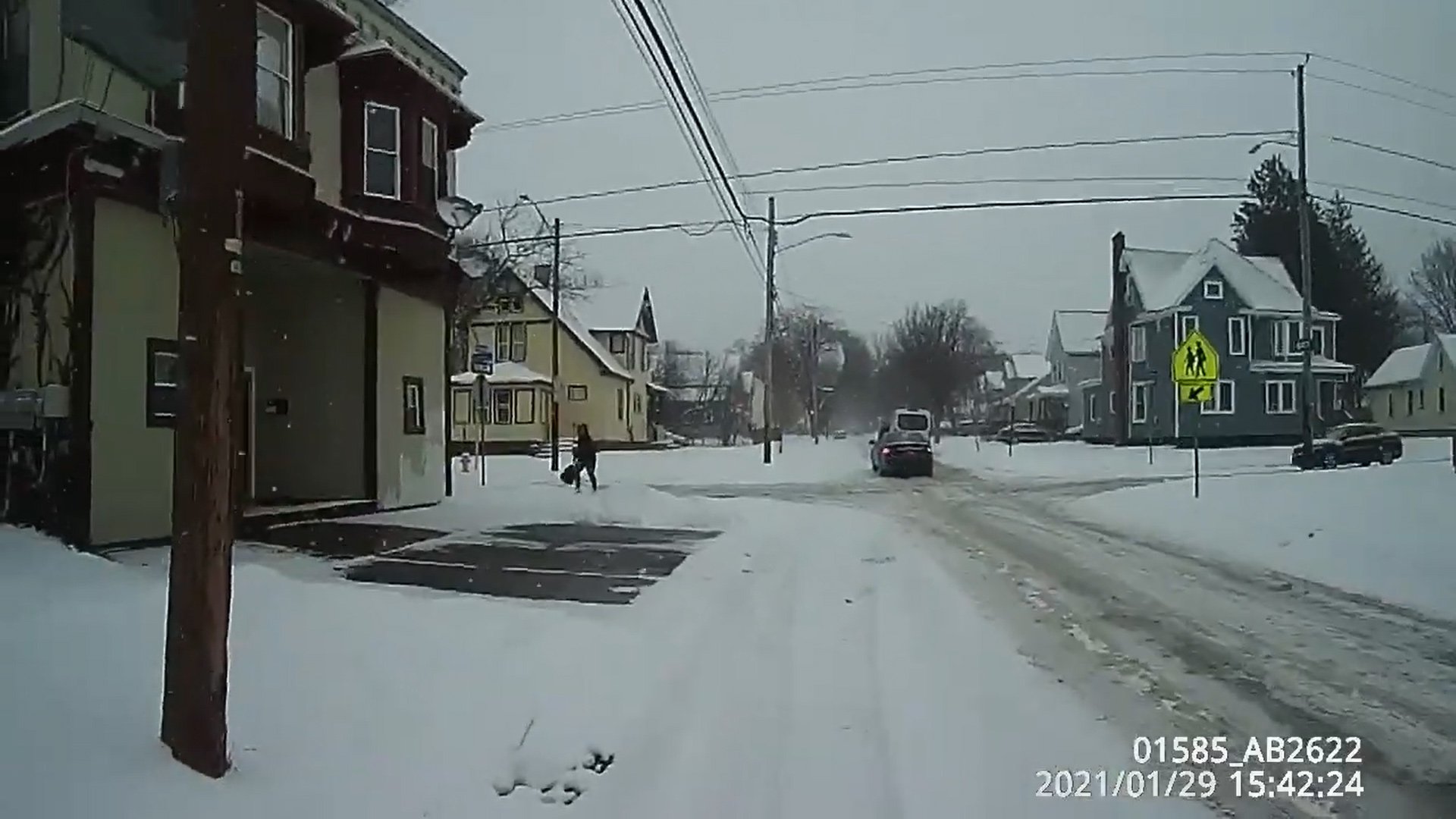 ‘That was my blood that you seen off of my lip,’ the mum told her daughter.

They continued arguing, before the mom said: ‘You watch this man put his hands on me all the time. All the time.’

The mum added: ‘I got custody. You’re my child. So you’re going to take your a** home right now.’

Police were also heard discussing whether to arrest the mum, who was allegedly ‘trying to fight’ bystanders who drove past.

They held her clothing to stop her leaving, but the girl dropped to the ground as officers attempted to put her in the back of a car.

The second video shows cops putting her into handcuffs while she lies face down in the snow.

‘Get up,’ a cop is heard saying to the girl as she lay in the snow.

‘Can I please just get the snow off of me? It is cold,’ the girl said, ‘I just want to see my dad, please. For the last time. I demand it.’

An officer then tried to force her into the car and told her to sit up, and added: ‘You’re acting like a child.’

The girl continued to struggle and the officer then said: ‘I’m going to pepper spray you and I don’t want to. So sit back. Come on, this is your last chance or pepper spray is going into your eyeballs. Come on, let’s go.’

Another male officer said: ‘Dear, just stop for a second and take a deep breath. Just spray her at this point.’

The female officer then shook the can of pepper spray and deployed it in the girl’s face.

The girl screamed at the end of the second video: ‘Please wipe my eyes. Wipe my eyes please.’

Police said the girl was taken to a local hospital to receive ‘the services and care that she needed’ and has since gone back to her family.

Officers claimed in a statement the girl tried to kick at them as they tried to put her into the car, and were ‘required’ to take to girl to the ground and handcuff her ‘for the minor’s safety and at the request of the custodial parent on scene’.

They say they were also ‘required’ to deploy the pepper spray when she disobeyed multiple orders to get into the car.

But police chief Cynthia Herriott-Sullivan said at the press conference that it was not acceptable to spray the girl.

‘I’m not going to stand here and tell you that for a 9-year-old to have to be pepper-sprayed is ok. It’s not. I don’t see that as who we are as a department, and we’re going to do the work we have to do to ensure that these kinds of things don’t happen,’ she said.

The mayor said the Police Accountability Board will review the incident.

The incident comes after the death of Daniel Prude in March 2020 sparked protests, leading city officials to partially defund the police in order and launch a ‘Person in Crisis Team’.

The team, which became operational last week, reportedly did not respond to this incident because it involved ‘a number events happening at the same time that required a police response’.