The victims and families of those attacked by Joseph DeAngelo, known as the Golden State Killer, have delivered harrowing and emotional victim impact statements ahead of his sentencing.

The 74-year-old former police officer was described as a “sick monster,” a “horrible man” and “subhuman” on Tuesday, at the beginning of an extraordinary three days of hearings before his formal sentencing.

In comments directed at DeAngelo, as the serial killer and serial rapist sat present in Sacramento County Superior Court, the son of one victim said: “You are gone and the bogeyman is done.”

DeAngelo will be formally sentenced to life in prison on Friday after pleading guilty in June to 13 murders and nearly 50 rapes in California between 1975 and 1986.

Nearly three-dozen victims or survivors plan to tell their stories in court ahead of his sentencing.

DeAngelo evaded capture for decades before he was arrested in 2018 after authorities used DNA to track him using a popular genealogy website.

He entered guilty pleas after claiming an inner voice made him carry out the crimes. 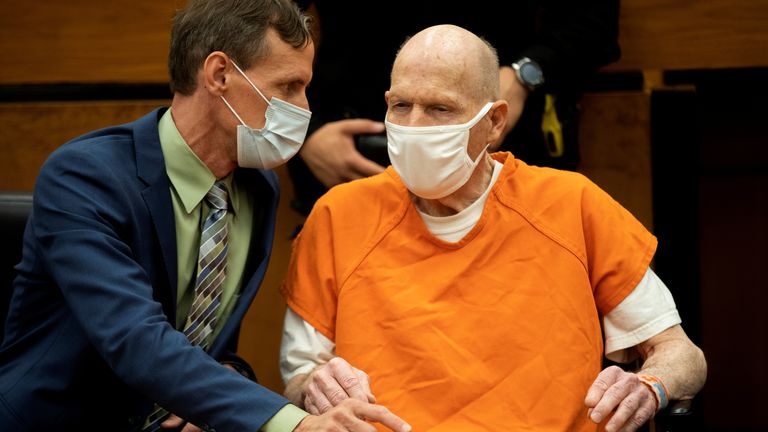 DeAngelo was present in court – wearing a face mask and orange prison scrubs – as the first day of his victims’ statements began with Judge Michael Bowman telling them: “Remember, you’ve waited a long time for this.

“There’s no need to hurry – use as much time as you want to speak and say what you need to say.”

The judge began by hearing statements from some of DeAngelo’s many rape victims.

One victim, introducing herself to the court as Peggy, described how she and her sister were attacked by DeAngelo in their own home.

She described how she was tied up, gagged and blindfolded before she was raped “multiple times”.

Peggy told the court both she and her sister were left with numbness in their hands for several months after the attack because their wrists had been bound so tight.

“My normal teenage years were gone, my safety and security were taken away from me that night and I would never get that back,” she said.

“I have had nightmares for years.” 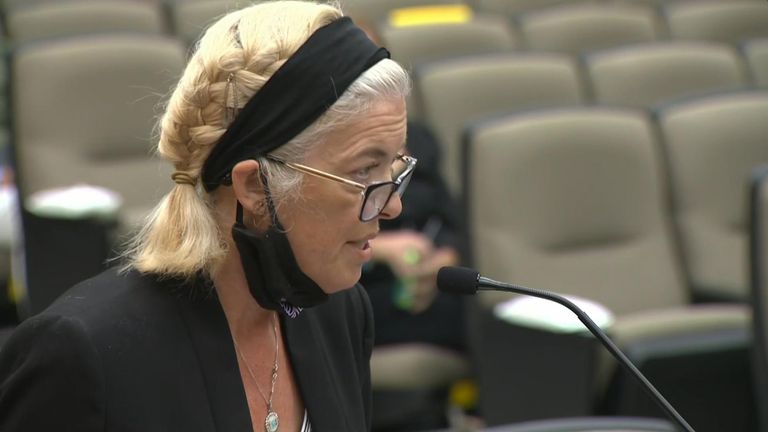 Patricia Murphy was attacked outside her parents’ house as a 29-year-old single mother on 4 September 1976.

Her daughter, who was seven at the time, told the court: “I became my mum’s mum. She went from being strong and independent and free to having PTSD (post-traumatic stress disorder).

“Any loud noise scared her; a back-fire from a motorcycle, a firework, a cabinet shutting.” 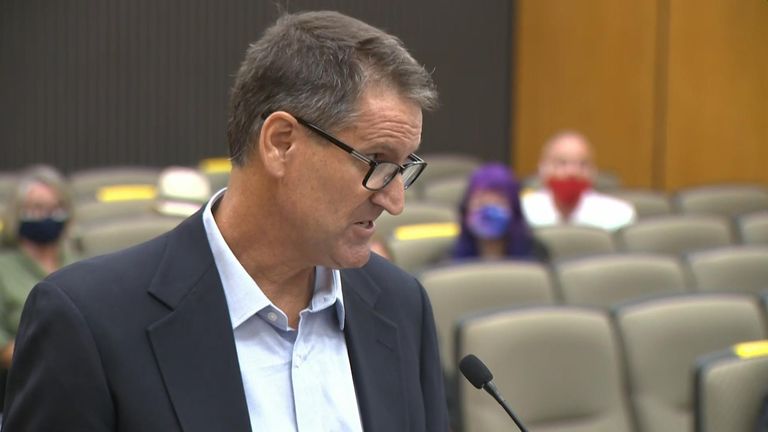 Addressing an unmoved DeAngelo in the court, her son Pete Schultz – who was 11 at the time of the attack and his sister aged five – said: “You remember me?

“DeAngelo woke us up, tied me to the bedpost until my hands turned blue, locked my sister in her room and performed horrific acts against my mother while she was bound and blindfolded.

“We have lived with this for 44 years as a family and we are here to say our mother is not Jane Doe number 22 and we are not just number 37 uncharged offence.

“We are the family of Winnie Schultz and we have all survived because of her bravery and resolve to do whatever it took to save herself and her family.”

The attack on the family is uncharged as it is one of dozens too old to prosecute.

Continuing his tribute to his mother, Mr Schultz said: “May she enjoy the sun on her face, the love in her heart, listening to her grandkids talk on the phone, enjoying a nice cup of coffee and sleeping well tonight knowing that you are gone and the bogeyman is done.”