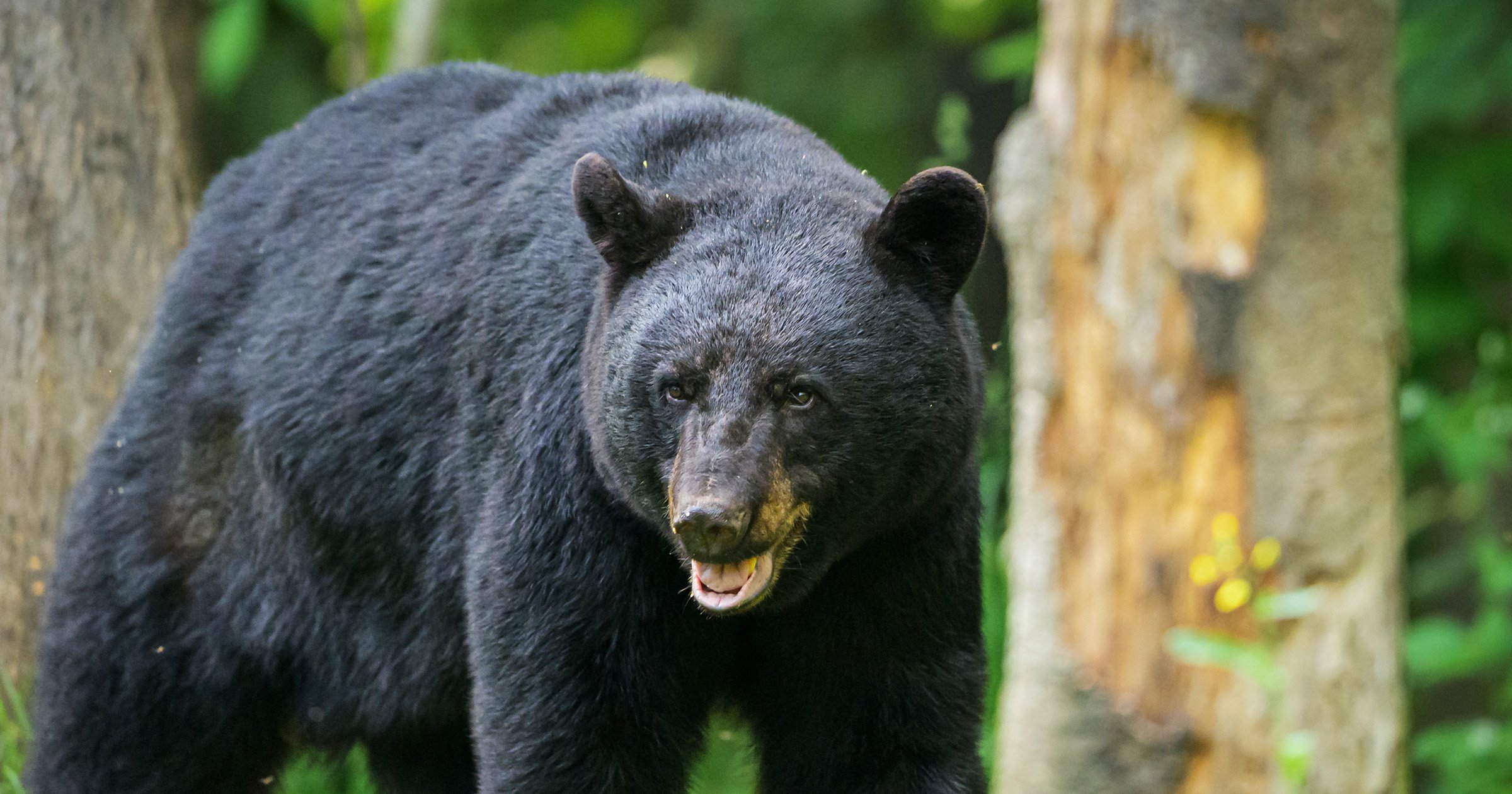 A grandfather in a wheelchair heroically saved his 10-year-old grandson from a 250-pound bear by throwing a metal pipe at it.

The boy was playing near a trampoline in his grandparents’ backyard in Morris, Connecticut, around 11am on Sunday when the black bear approached, according to the state Department of Energy and Environmental Protection (DEEP).

His grandfather, James Butler, said the bear came from the woods behind the home.

‘I heard him yell “bear” and when I looked up, I saw his leg in the bear’s mouth and the bear trying to drag him across the lawn,’ Butler told the Republican-American of Waterbury.

Butler wheeled toward the bear and threw a metal bar at its head. The bear let the boy go, but went for him a second time and tried to roll him onto his back, Butler told the newspaper.

At that point, a neighbor heard the boy’s screams and used a pipe and yelling to scare the bear away, according to Butler.

Butler and his grandson went into the home, but the bear walked up a wheelchair ramp and looked in.

‘We thought he was coming through the screen,’ Butler said. ‘No doubt he was a big threat.’

The boy had bite marks on one foot and ankle, clawing on his back and a puncture wound on one of his thighs, according to Butler.