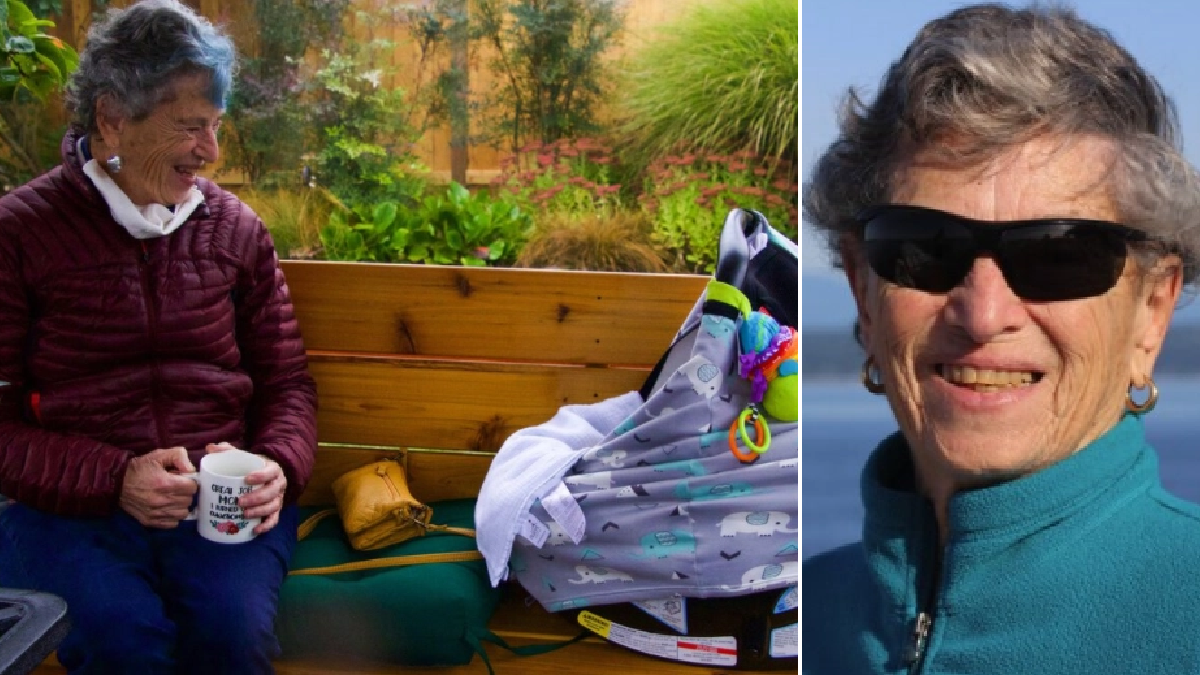 A 90 year-old grandmother was so desperate to get a Covid vaccine she did a six mile round trip through the snow with her walking stick to an appointment. Fran Goldman made the mammoth trudge on Sunday after spending weeks trying to secure a vaccination appointment in her native Seattle.

And Fran was so keen to ensure she made it she even did a practice run the day before, making it two thirds of the way to Seattle Children’s Hospital, before turning back around. The grandmother, who had a hip replacement last year, told The Seattle Times: ‘It was not easy going, it was challenging.’

She dressed in fleece trousers and a short sleeved shirt to make it easier for the nurse to administer the injection. Fran then wore a fleece zip-up, as well as a down coat and a rain jacket. She donned her snow boots and grabbed her two walking sticks before setting off for the longed-for appointment.

Fran says the trip was worse than the practice run, after cold weather made snow that had fallen freeze solid. She added: ‘I knew how far it was, I knew how long it would take me.

‘Had it been shorter, I would have been happier. But I made it.’

Her daughter Ruth, who lives in Buffalo, New York, had been trying to help her mother secure a vaccination appointment, before Fran finally bagged one herself.

Ruth says her family are ‘outdoor people,’ and that she wasn’t too worried about her mother’s mammoth expedition.

And Fran is now excited about being able to see her children, grandchildren and newborn great grandson Silas in person again after she receives her second dose next month.

She says she is also excited about ditching internet shopping and socializing in favor of the real thing.

Fran declared: ‘I hate it. I will be happy to get back out into a grocery store and pick out my own things.’

The United States has administered 54.6 million Covid vaccines, according to Bloomberg.

A total of 27.72million Covid infections have been recorded across the US, with 487,000 deaths.