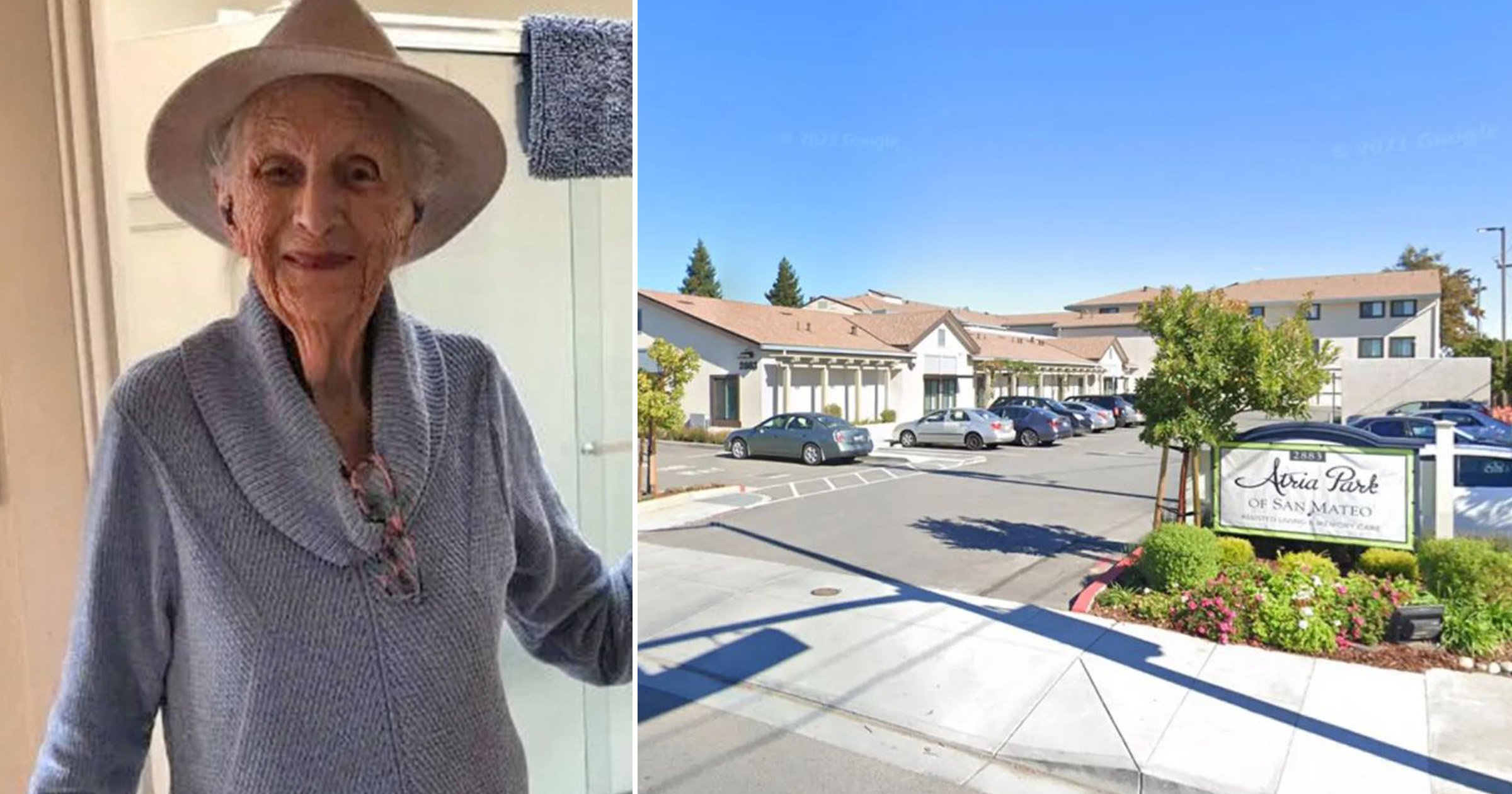 A 93-year-old grandmother with dementia died after being ‘accidentally poisoned’ when care home staff served her washing up liquid instead of juice.

Gertrude Elizabeth Murison Maxwell suffered ‘severe blistering of her mouth, throat and oesophagus’ after she was fed the corrosive liquid, reports suggest.

The mother-of-eight, who had 20 grandchildren, is one of three residents at Atria Park Senior Living Facility in San Mateo, California who were mistakenly given the ‘caustic’ liquid instead of grape juice and rushed to hospital, according to NBC.

Staff have been suspended while police investigate the tragedy, which happened on Saturday.

According to the New York Post, Ms Maxwell’s daughter, Marcia Cutchin, said the substance was an ‘alkaline solution that eats protein’.

‘Many people, like my mother, you have to hold a cup to her mouth and tip it into her mouth,’ she told local network KRON-TV.

The care home confirmed three residents were transported to hospital after ‘mistakenly being served dishwashing liquid as drinking juice’ and offered ‘sincerest condolences’ to the family of Ms Maxwell.

‘We have been working with local authorities, who have informed us that one resident passed away.

‘When this occurred, our staff immediately contacted authorities, and the residents were transported to the hospital for evaluation and treatment.

‘We are conducting our own internal investigation, and the employees involved have been suspended until this investigation concludes.’

The care home said it would continue working with the police and social services to assess what action may be necessary.

The safety and well-being of residents is ‘a top priority at all times,’ the statement added.