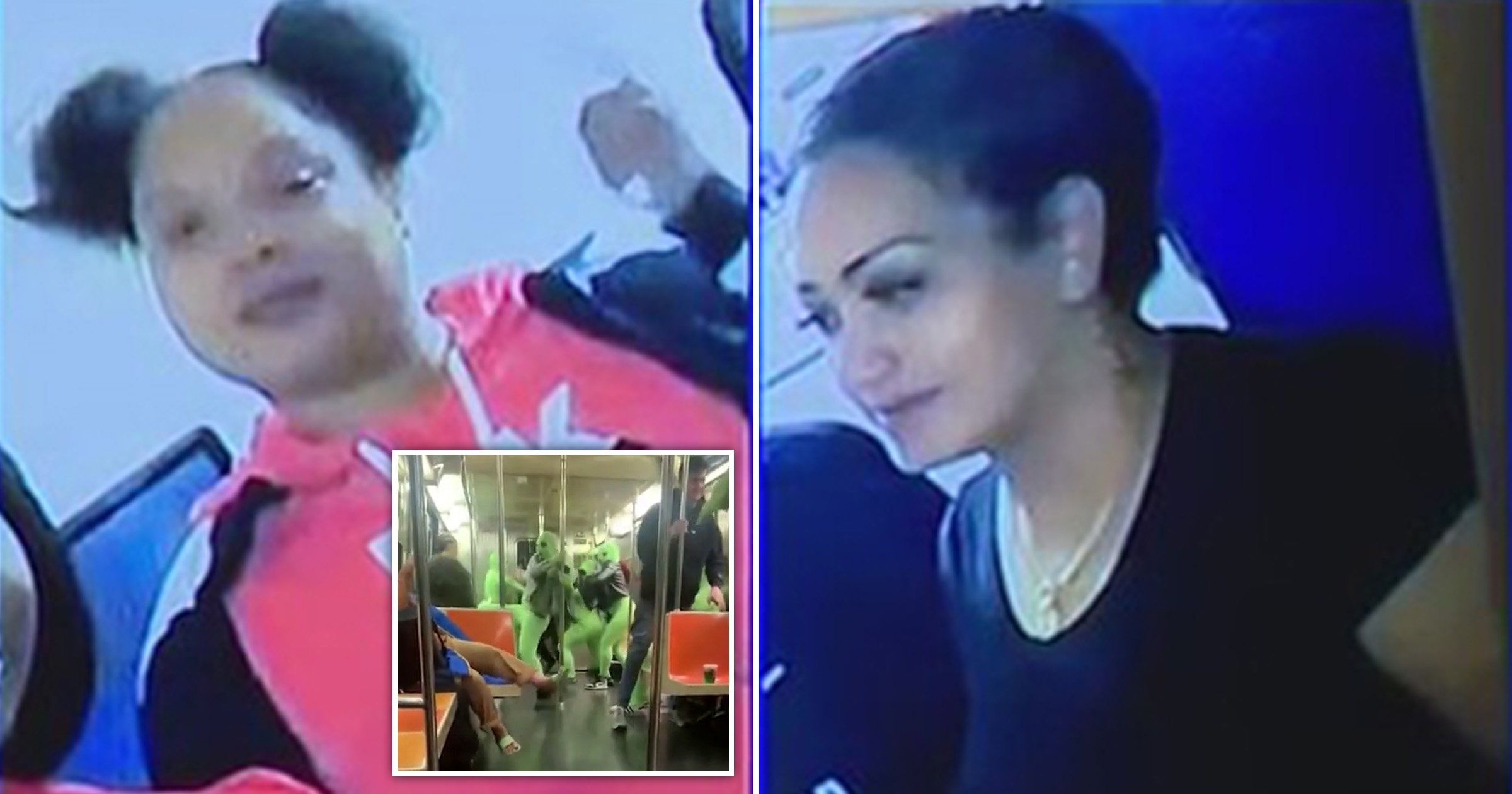 A woman suspected of being a member of the green leotard gang that beat and robbed two teenage girls riding the New York City subway has been released without bail. Meanwhile, two more suspected members have handed themselves over to police.

Mariam Issouf, 26, was put on supervised release on Tuesday, a day after turning herself in to police. She was arraigned and charged with second-degree robbery in the bizarre October 2 attack in a subway car at the Times Square station.

At least a half-dozen women in full neon green bodysuits were captured on video assaulting two 19-year-old girls before fleeing.

Issouf’s lawyer John Russo said, ‘she did nothing wrong’, as she walked out of court with her client who was dressed in all black and covered her face.

‘My client has no record,’ said Russo, according to the New York Post. ‘My client attacked no one. She assaulted not one of the victims and is seen on videotape saying, “I want no part of this. Let’s go.”‘

Russo added that Issouf ‘tried to assist the victim’.

Police Chief of Detectives James Essig previously said that Issouf had been arrested once before.

Two more suspects identified by police – Ciante Alston, 26, and Emily Soto, 34 – turned themselves in to cops on Tuesday and Wednesday, respectively. Essig last week said that Alston had three arrests in the past and that Soto had been cuffed twice.

A fourth member of the group who has been identified as Dariana Peguero, 26, remains at large. She had nine prior arrests, according to Essig.

All four identified members of the group reportedly reside at the city housing authority’s Greensboro Houses.

Five members of the so-called ‘Green Goblin’ members have not been identified.

The group on the N train robbed the two teen girls of their phones, credit cards, wallets and more items and fled at the following stop.