A dispute centering on the celebrity professor Amy Chua exposes a culture pitting student against student, professor against professor.

By Sarah Lyall and Stephanie Saul

NEW HAVEN, Conn. — On March 26, a group of students at Yale Law School approached the dean’s office with an unusual accusation: Amy Chua, one of the school’s most popular but polarizing professors, had been hosting drunken dinner parties with students, and possibly federal judges, during the pandemic.

Ms. Chua, who rose to fame when she wrote “Battle Hymn of the Tiger Mother,” is known for mentoring marginalized students and helping would-be lawyers get coveted judicial clerkships. But she also has a reputation for unfiltered, boundary-pushing behavior, and in 2019 agreed not to drink or socialize with students outside of class. Her husband, Jed Rubenfeld, also a law professor, is virtually persona non grata on campus, having been suspended from teaching for two years after an investigation into accusations that he had committed sexual misconduct.

The dinner parties, the students said, appeared to violate Ms. Chua’s no-socializing agreement, and were evidence that she was unfit to teach a “small group” — a class of 15 or so first-year students that is a hallmark of the Yale legal education, and to which she had recently been assigned — in the fall. “We believe that it is unsafe to give Professor Chua (and her husband) such access to and control over first-year students,” an officer of Yale Law Women, a student group, wrote to the dean, Heather K. Gerken.

The students provided what they said was proof of the dinners, in the form of a dossier featuring secretly screen-shotted text messages between a second-year student and two friends who had attended. That touched off a cascading series of events leading to Ms. Chua’s removal from the small-group roster.

Ms. Chua says she did nothing wrong, and it is unclear exactly what rule she actually broke. But after more than two dozen interviews with students, professors and administrators — including three students who say they went to her house to seek advice during a punishing semester — possibly the only sure thing in the murky saga is this: There is no hard proof that Ms. Chua is guilty of what she was originally accused of doing. According to three students involved, there were no dinner parties and no judges; instead, she had students over on a handful of afternoons, in groups of two or three, mostly so they could seek her advice.

“I met with Professor Chua to discuss a deeply distressing experience I had, an experience that hinged on my race and identity,” said one of the students, who is Asian.

It may appear to be a simple matter, one professor losing one course, but nothing is simple when it comes to Ms. Chua, who seems perpetually swathed in a cloud of controversy and confusion. “Dinner party-gate,” as Ms. Chua wryly calls it, has turned into a major headache for the school. 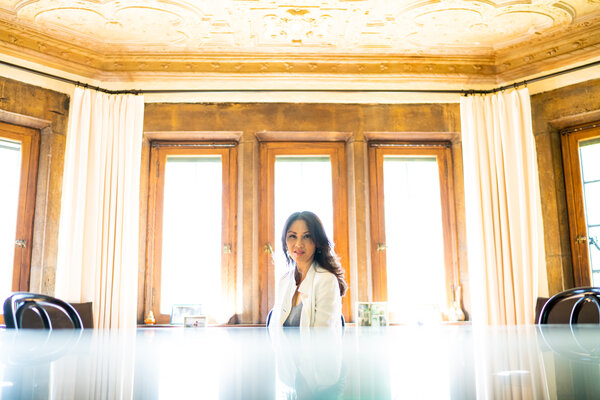 The story has been adjudicated all over social media and picked up in outlets ranging from The Chronicle of Higher Education to Fox News. Ms. Chua’s retweet of a tart Megyn Kelly comment (“Tell the damn whiners to sit down,” Ms. Kelly tweeted), raised suggestions that Ms. Chua was positioning herself as a victim of “cancel culture.”

At the law school, the episode has exposed bitter divisions in a top-ranked institution struggling to adapt at a moment of roiling social change. Students regularly attack their professors, and one another, for their scholarship, professional choices and perceived political views. In a place awash in rumor and anonymous accusations, almost no one would speak on the record.

A feature of this difficult year has been increased demands from student groups. Against this backdrop, Dean Gerken’s critics in the faculty worry that she acted too hastily in the Chua matter, prioritizing students’ concerns over a professor’s rights.

Particularly problematic, several professors said in interviews, was her reliance on the text-message dossier, prepared by a student who learned that two of his friends had gone to Ms. Chua’s house — and believed the visits made them complicit in her, and Mr. Rubenfeld’s, behavior.

It is a curious document. Among other things, the aggrieved student’s text messages show him repeatedly asking one of the friends to admit to meeting judges there, and the friend repeatedly denying it. (“if you promise to keep it between us, i’ll tell you — it was Chief Justice John Marshall,” the friend finally texts, in an exasperated reference to the long-deceased jurist.)

Ms. Gerken referred to the dossier at an April 21 faculty meeting as evidence of Ms. Chua’s misconduct. Several professors who saw the material said in interviews that they were shocked at how unpersuasive it was.

“Evidence of what?’’ one asked. Another called it “tattletale espionage.”

“Where are we — in Moscow in 1953, when children were urged to report on their parents and siblings?” the professor said.

Ms. Chua acknowledges warning the students to keep quiet about the get-togethers (“I did tell them all, ‘Don’t mention this,’ because everything I do, I get in trouble for,” she said), but maintains that she violated no rules.

“There are many things in the past that I can say, ‘Oh, I probably spoke too recklessly,’ or, ‘Maybe it was interpreted this way,’” she said in a recent interview. “This most recent thing — there is zero truth to it.”

Ms. Gerken declined to be interviewed, but said in a statement that professors’ Covid-related behavior was relevant in determining their fitness to teach a small group.

“Health and safety expectations and exercising sound judgment about such matters should figure into whether a faculty member is suitable to teach a class, particularly a small-group course,” she said. “Professor Chua has publicly acknowledged that she served food and drink during her home during the early weeks of the spring semester, when Covid was spiking and the university was repeatedly asking our community to avoid maskless indoor gatherings.”

A couple beset by controversy

Provocative and gregarious, Ms. Chua and her husband have long attracted attention at Yale Law School.

But the two are divisive figures, and not just because of “Tiger Mother,” Ms. Chua’s tough-love parenting memoir, or the rumors dating back years of Mr. Rubenfeld’s inappropriate behavior toward female students. At a time of left-leaning orthodoxy, Mr. Rubenfeld seems intent on pushing the envelope. After he wrote a New York Times opinion essay in 2014 questioning the fairness of campus sexual-assault findings, dozens of students signed a letter of protest.