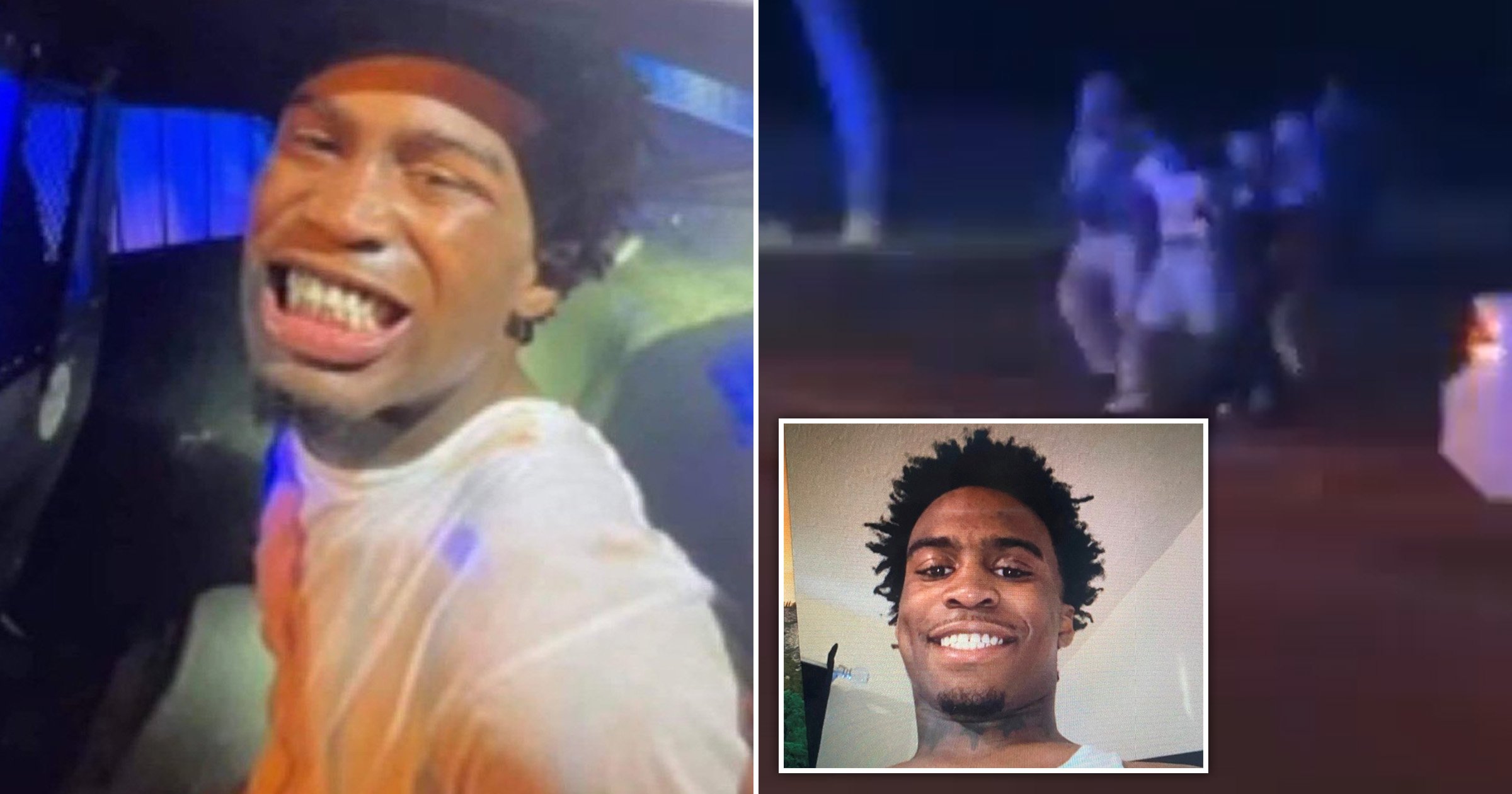 A haunting picture shows a teenage suspect give cameras a big smile as he’s placed in handcuffs after four people were killed and three injured in shootings – with some live-streamed on Facebook.

Ezekiel Kelly, 19, has been arrested after gunfire across Memphis sparked terror and a dramatic manhunt.

The city was plunged into lockdown and locals warned to stay inside during a deadly rampage.

It started at 12:56am when a man was found fatally shot in his driveway on Glendale Avenue, cops said.

More than three hours later, a male driver was found nearby with multiple gunshot wounds and pronounced dead at the scene.

Officers said they had CCTV showing a gunman pull up next to the victim and shoot.

Ten minutes later, a female victim was taken to hospital with a gunshot wound to her leg.

A horrendous live-streamed video then reportedly emerged online showing someone walking into a store and shooting a man on the 4000th block of Jackson avenue. The victim was taken to hospital for treatment.

Shots can be heard in another video as the alleged attacker drives down a road and says ‘it’s getting real wild out here’.

Police said a man had posted a Facebook Live video ‘threatening to cause harm to citizens’ around 6.12pm.

Just more than an hour later, a female was shot at Popular Avenue, before a male was left with non-critical injuries a minute later.

A female victim was killed around 8.55pm, officers announced in a press conference.

Another victim was carjacked at gunpoint but was left uninjured.

Memphis Police said the gunman was first behind the wheel of a  silver Infiniti, before switching to a grey Toyota SUV with Arkansas plates.

The attacker was injured himself after crashing a Dodge Challenger in Whitehaven, the sheriff’s office said. He was reportedly briefly trapped in the wreckage.

Kelly was taken into custody about 9pm in the Whitehaven neighborhood.

Memphis police spokeswoman Karen Rudolph told WMC-TV that police did not know of a motive.

Facebook said videos that may be related to the incident have been removed.

A spokesperson said it was in touch with police shortly after alarms were sounded.