Former US president Barack Obama and his family are mourning the loss of their dog Bo, who died after a battle with cancer.

Mr Obama, who served two terms as US president until 2016, posted the new on social media accompanied by photos of the dog.

The Portuguese water dog was a gift to the family from the late senator Edward M Kennedy, who was a key supporter of Mr Obama’s 2008 presidential campaign.

The president had promised his daughters Malia and Sasha that they could get a dog after the election.

Both were popular with visitors to the White House and they often attended public events, such as the annual Easter Egg Roll.

They also met wounded military personnel and children in hospital. 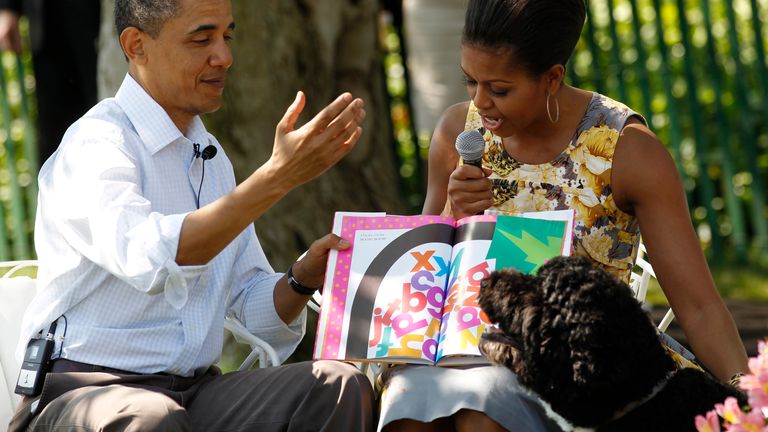 Mr Obama’s wife Michelle posted about Bo’s death on Instagram, saying: “He was there when Barack and I needed a break, sauntering into one of our offices like he owned the place, a ball clamped firmly in his teeth.

“He was there when we flew on Air Force One, when tens of thousands flocked to the South Lawn for the Easter Egg Roll, and when the Pope came to visit.”

Mrs Obama said she was grateful for the time the family spent with Bo due to the pandemic, and said that “no-one was happier than Bo” during that time.

“All his people were under one roof again,” she wrote.