Claudio Cuello’s mother was buried on his birthday.

He had spent 15 years caring for her as she slowly died from Alzheimer’s, watching the pitiless disease sap her personality, her voice, her vitality. Finally losing her in 2013 drove him into a long depression — and as he emerged from it, he lost the only place he had ever considered home.

Mr. Cuello, 52, grew up in Hamilton Heights. His grandmother had an apartment in the same tenement building on 135th Street, where she often invited neighbors over for what she called “get-togethers.”

A misnomer, Mr. Cuello said. She threw parties. Every room was filled with laughter and rowdy energy. Some guests played bingo; others tipped back enough drinks to break into dance, sashaying to a salsa or merengue beat.

In 1987, the apartment building caught fire, and Mr. Cuello’s immediate family moved to Yonkers. They were a tight-knit bunch, Mr. Cuello said, but he was unwilling to leave Manhattan behind.

“When you live in New York, you get used to the noise,” he said. “I wanted to get back to the city.” 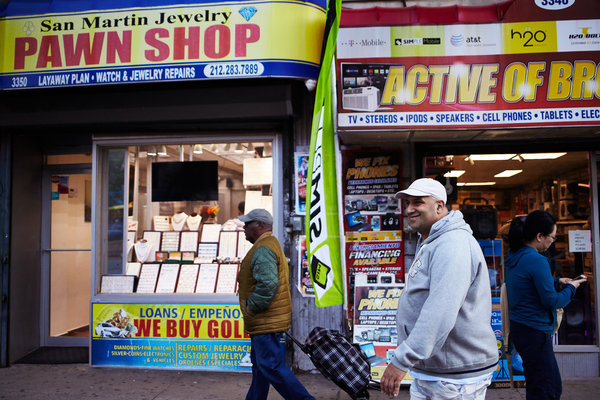 Within months, Mr. Cuello returned to 135th Street and eventually took over his grandmother’s lease. It was not always easy to keep up on rent payments, but he wanted to remain in a familiar place. He held a variety of jobs across the years, some seasonal or temporary, some long-term: supermarket manager, construction worker, warehouse laborer.

When Mr. Cuello’s mother was diagnosed with Alzheimer’s in 1998, he assumed the role of caregiver, going regularly to Yonkers to keep her company, prepare her meals and play recordings of favorite ballads.

“I felt like God kept her happy because she always had that smile,” Mr. Cuello said. When she died, “I was kind of just there. Like furniture.”

Known by loved ones as a jokester and the life of the party, he stopped going to family gatherings, creating a notable void. He stopped listening to music, a consuming passion since childhood. Then last year, Mr. Cuello had to leave his grandmother’s old apartment after a housing court settlement with the building’s management company. The most stable element of his existence, aside from his mother, was gone.

Mr. Cuello said he never took the opportunity to put his belongings into storage. As a result, he lost nearly all of his possessions: books of photos, old poems, journals and his prized music collection of thousands of albums.

When he vacated his Hamilton Heights apartment, Mr. Cuello was out of work, prompting him to connect with Part of the Solution, a partner agency of the Community Service Society, one of the eight organizations supported by The New York Times Neediest Cases Fund.

Last spring, he earned a license that allows him work as a security guard. He soon found a job, but in the weeks between his hiring and his first paycheck, he needed help. Community Service Society used $121 in Neediest funds to buy Mr. Cuello, who receives Supplemental Nutrition Assistance Program benefits of $190 a month, a monthly MetroCard, allowing him to get to and from his new job.

Since June, Mr. Cuello has been working security at a residence in Upper Manhattan. He said he has developed a rapport with many residents and views himself as a caretaker of sorts.

“They need someone to talk to, a confidant,” said Mr. Cuello. “I feel like I’m giving back.”

After leaving his grandmother’s apartment, he spent a brief time sleeping on his brother’s couch, then found an apartment in the Bronx, where he lived for a year and a half. In early October, he had to move to a new home in the Bronx, and shortly thereafter his father, Rafael Cuello Batista, a retired sports broadcaster living in the Dominican Republic, died.

Mr. Cuello returns to nearby Hamilton Heights often to visit family and old friends. Eventually, he wants to move back.

“All I’m trying to do is strive to get a better job and keep going up,” Mr. Cuello said. “I don’t want to be a C.E.O., just be comfortable.”

Donations to the Neediest Cases may be made online, or with a check or over the phone.