The debate was spirited, at times fast-paced and occasionally awkward, with the eight candidates for the Democratic nomination for mayor of New York engaging with one another in a virtual format that left little room for the usual onstage theatrics. Here are five takeaways. 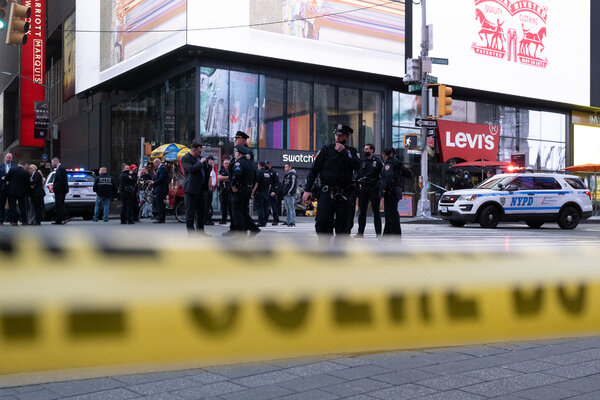 The topics of crime and police reform came up early, and quickly became the clearest line dividing the candidates. Moderates like Andrew Yang drew sharp contrasts with more progressive candidates like Maya Wiley.

“Let me be clear, defund the police is the wrong approach for New York City,” Mr. Yang said.

But Ms. Wiley and Dianne Morales argued in favor of shifting resources away from the police.

“Safety is not synonymous with police,” Ms. Morales said.

Mr. Yang, who was considered among the leaders if not the top candidate in polls, was treated by the other candidates as a front-runner, repeatedly fielding attacks from other candidates.

And it was clear Mr. Yang did not feel like he needed to go on the offensive, as he largely abstained from any attacks, sticking to his agenda and talking points.

Before she entered the mayor’s race, Ms. Wiley spent nearly three years as a commentator on MSNBC and NBC News. During the debate, she put the skills that she honed there on full display.

She interjected with her policy positions in key moments, speaking sharply in soundbites. When attacked, she maintained her composure, firing back with a quick set of talking points. She rarely rambled.

And she brought research to the table, drawing on past remarks that other candidates made in speeches or interviews. When she and Mr. Adams were sparring over his views on crime and policing, he suggested her criticism of him was not based in facts.

“Eric,” she said, “this is a newspaper article. This is facts.”

The virtual format made for some awkward moments.

For months, the candidates have appeared in virtual forums, similar to the one used during Thursday’s debate. It was an array of talking heads locked into a Brady Bunch grid.