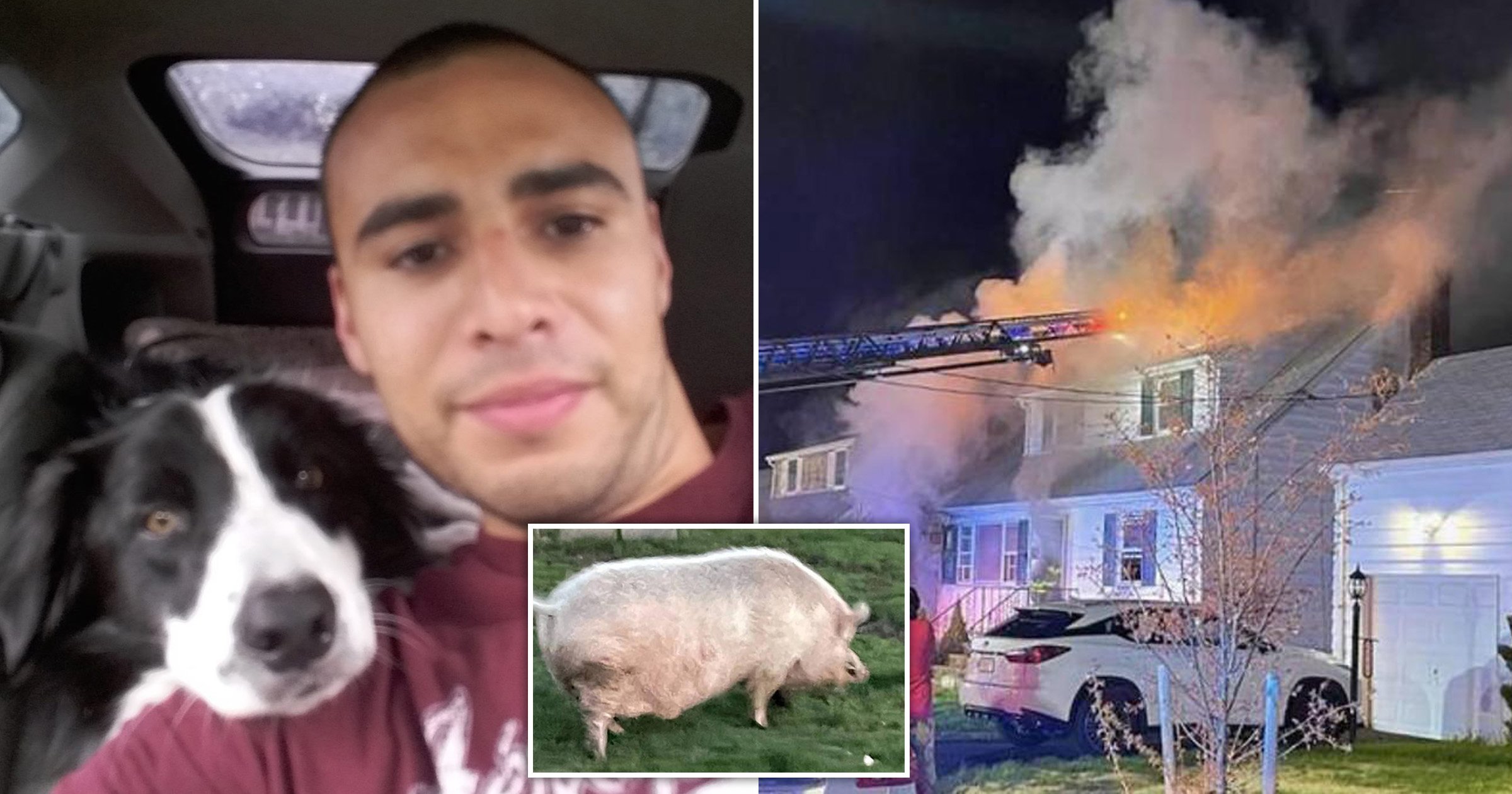 A US Navy veteran saved lives as a combat medic serving in Afghanistan and Iraq, but it was his 500-pound pet pig that apparently saved him when his home caught ablaze.

Gilbert Anaya, 30, of Union Township, New Jersey, said his pig Hamilton gave him extra time to escape his burning home, by shutting a door to the garage and slowing the flames as they advanced.

‘The fire department said him closing the door bought me 15 to 20 minutes,’ Anaya told the New York Post on Thursday. ‘If he didn’t close the door, the fire and smoke would have spread faster.’

A surge protector short-circuited and set Hamilton’s bedding aflame on April 11, apparently prompting the pig to wake up. Hamilton, trained by Anaya to open and close doors, is believed to have shut the garage door as he fled.

‘It was basically licking the wood and support beams. I was literally sleeping against the wall that was on fire,’ Anaya said.

Anaya woke up to the sensation of heat and said he immediately worried about Hamilton. He kicked in the closed door, and found that his pig had gone outside and was walking around in the backyard.

Both Anaya and his roommate made it out of the home safely after firefighters contained and extinguished the fire in under an hour, according to his sister Victoria.

‘My brother woke up from a dream that his house was on fire. Unfortunately it was not a dream,’ Victoria wrote in a *spotfund fundraiser she started for him.

‘For those that know my brother is a big animal person so we were happy to hear that almost all the animals were saved (only a couple of fish were found not ok).’

However, the home was destroyed. He has since been living with a friend as the owner of the property rebuilds. Meanwhile, Hamilton has been residing in a makeshift tent set up in the backyard.

Hamilton’s owner did not have renters insurance.

‘If you could please help and donate whatever you can to help him replace what was lost while they have to relocate until the house is fixed,’ Victoria wrote, ‘Anything would be greatly appreciated.’